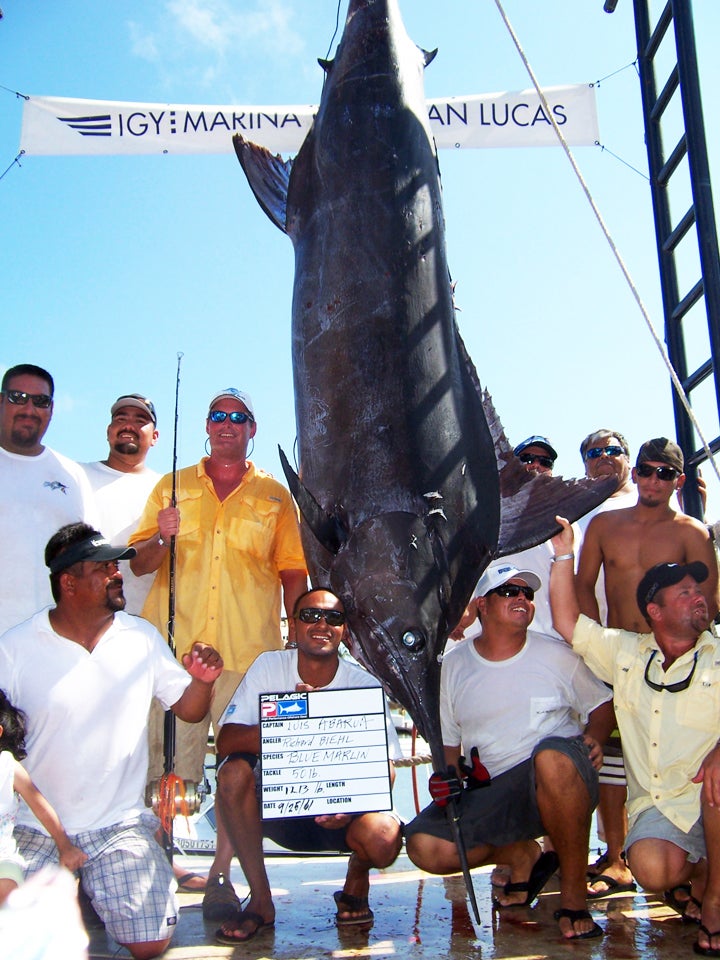 On Saturday, September 24, 2011, Richard Biehl (in the sweat-soaked orange shirt) hooked what's being considered by locals as the largest blue marlin ever landed in Mexico's Cabo San Lucas, while chartering aboard the "Go Deep". Thirty hours later, after a marathon 27-½ hour battle on 60-pound-test line, the fish was in the marina and attempts to weigh the behemoth began. But the 176-inch (137 inches not counting the tail and bill, with a girth of 75 inches) had to be given an estimated weight of 1,213 pounds after it was found to be too lengthy for the scale. While the fish spurred both curiosity and commemoration amongst locals after news of the catch circulated, it also gave Biehl's wife quite a scare. Because the group was out of communication for so long, she was mere minutes away from filing a missing person report with the local Mexican government before finding out her husband wasn't truly missing, but fighting the fish of a lifetime. However, the anglers and crew did begin running out of food and water. Here's the story of this amazing battle, and the catch it yielded.
SHARE
Saltwater Fishing