An Inside Look at the Rock River Arms AR-15 Factory 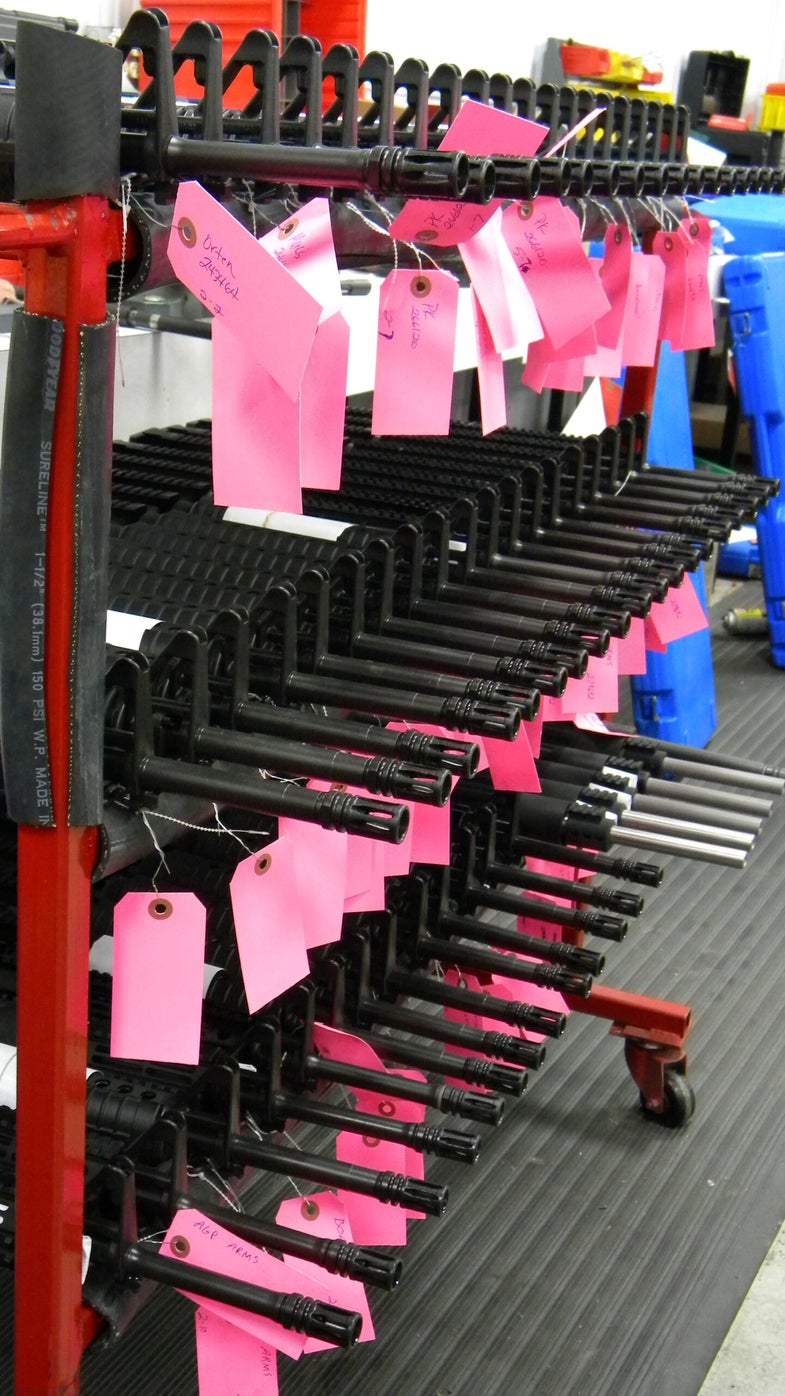 A thousand miles west of Connecticut's "Gun Valley" --home of S&W, Savage, Mossberg, Marlin, and others -- you'll find America's "AR Valley." It's in Illinois and Iowa, near the Rock River and the Quad Cities, and is home to five major AR-15 makers; Armalite, Springfield Armory, Les Baer Custom, Lewis Machine & Tool, and Rock River Arms. They're all clustered around the Rock Island Arsenal, home of the U.S. Army Armament, Munitions and Chemical Command, which is responsible for small arms R&D and purchasing for the military. These gunmakers have been building rifles as fast as they can since last fall. Even before Election Day, the prospect of a Democrat in the White House put gun owners in a panic buying mood. Gunmakers saw this phenomenon when Bill Clinton became president, and they thought they were ready for a similar boom in demand. Says Rock River's Steve Mayer, director of Law Enforcement and Government Sales and New Product Development: "We were ready for an upsurge in sales. We weren't expecting a tidal wave. We were getting 2000 orders a day." Now, almost nine months after the election, demand is finally slowing down, but AR 15s remain the hottest commodity in the shooting sports today. They are accurate, infinitely customizable, good for hunting, target shooting, and tactical use, and just plain fun to shoot. My son John and I visited Rock River Arms (rockriverarms.com) recently to see how ARs are put together. Here's a slide show of what we found:. Phil Bourjaily
SHARE
Rifles
AR Rifles