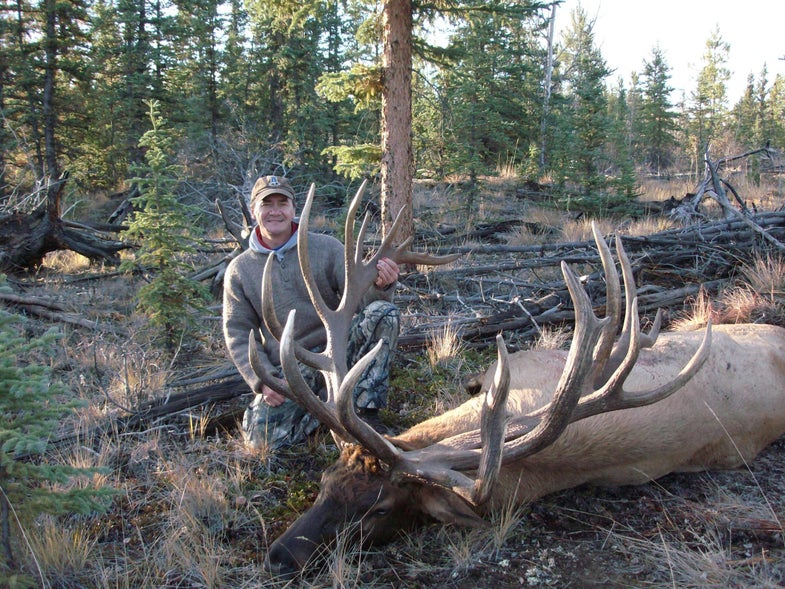 On September 25, 51-year-old Canadian sheep guide Alan Klassen killed his first-ever elk, which also happened to be one of the first animals taken during the Yukon's first-ever public elk hunt--and a specimen that ranks first on the short-but-growing list of trophy Yukon bulls. Hunting one of two introduced elk herds in the southwestern Yukon, Klassen called in and dropped an enormous 9x10 nontypical bull that unofficially gross-scores 451 inches. It is the largest elk ever taken in the Yukon--at least for now. Having never been seriously hunted, both herds contain a number of huge bulls and the inaugural season lasts into March. But until someone tops it, Klassen's is the territory's No. 1 bull.
SHARE
Big Game Hunting
Elk Hunting Tips
Hunting