Update: Jack Reneau over at Boone & Crockett’s Trophy Watch blog tells us they think this buck will NOT score... 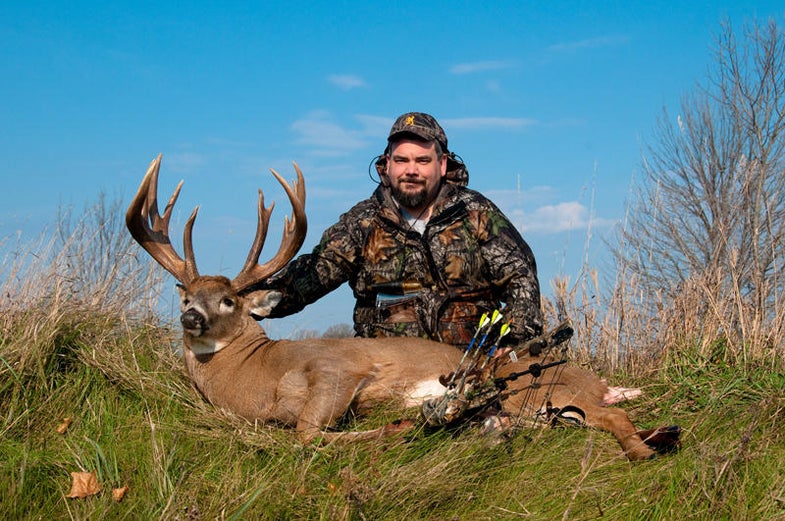 A 12-point buck shot Nov. 5 in Sheboygan Falls, Wisc., will almost certainly become the new Pope & Young world record typical whitetail and has a strong shot at toppling the Milo Hansen buck from the top spot in the Boone & Crockett record book as well. Taken by Michael Gregoire on his brother's farm, the 4 ½-year-old whitetail grossed 217 5/8 inches typical when green-scored by an official Boone & Crockett scorer.
SHARE

Update: Jack Reneau over at Boone & Crockett’s Trophy Watch blog tells us they think this buck will NOT score high enough to beat the Hansen buck. From the Trophy Watch site: Numerous recent articles have been brought to our attention claiming that this buck has a green score higher than the Milo Hansen World Record Typical. While it is indeed a very impressive trophy for any hunter with any method of harvest, it unfortunatley will most likely not approach the 200 inch mark for typical whitetail deer. You can read their full report here.

All photos of this buck (except for the trail cam shot) were taken by photographer Mark Stevens, www.stevensphotographyllc.com