Huge Bruins: 17 Brown and Grizzly Bears from the B&C Record Books (+ How to Judge Them) 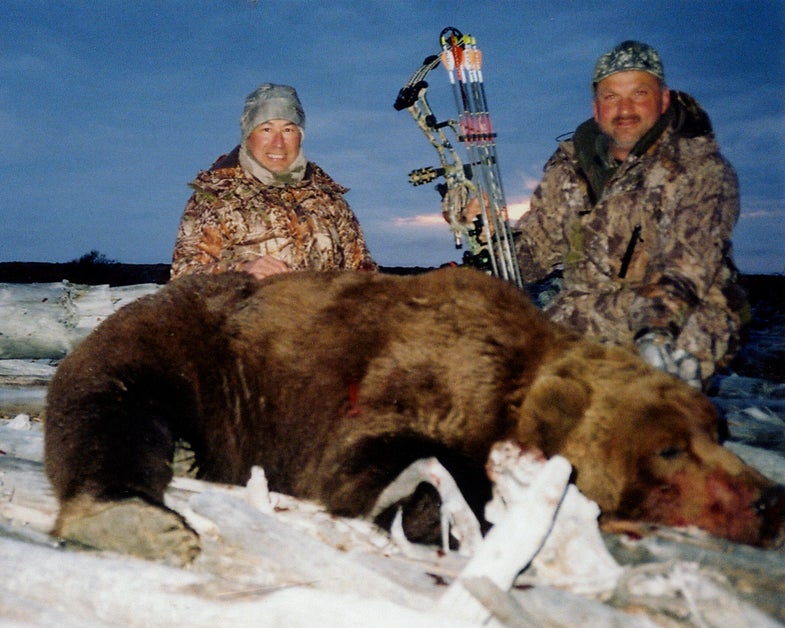 "Grim Old Ephraim," as Theodore Roosevelt called the grizzly bear, is enjoying generally robust health across much of its range in North America, in some areas increasing between 4 to 7 percent annually. The bear's total population today is between 60,000 and 70,000*; and it can legally be hunted in Alaska, British Columbia, Northwest Territories, Nunavut, and Yukon. In 2007, grizzlies in the Yellowstone ecosystem graduated out of Endangered Species Act protection, so it's possible there could be a hunting season, again, in the Lower 48. In the meantime, here's a selection of photos from the all-time top 100 Boone and Crockett records' book bears, including No. 2, which is the largest hunter-taken bear, ever (No. 1 was a pick-up skull), and was bagged in 2009! --Tom McIntyre At left: Rank No. 2, Rodney W. Debias, 2009, 27 3/16, Unalakleet River, Alaska.
SHARE
Bear Hunting
Big Game Hunting
Grizzly Bear Hunting
Fall
Spring