Biggest Typical Buck of the Season May Already Be Down

Eventhough archery seasons opened just a month ago in most states, the biggest typical buck of the 2010-11 season may... 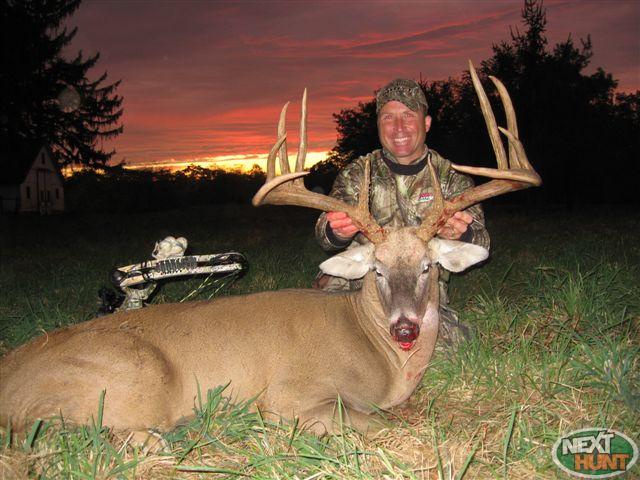 Early archery seasons opened a mere month ago in most states. Yet the biggest typical buck of the entire 2010-11 season may already be on the ground. On September 26th the second day of Ohio's bow season, 41-year-old JT Kreager of Delaware County, Ohio arrowed this colossal, near-perfect 10. If the buck's green net score of 188 holds up, it will be The Buckeye State's new typical archery record. And judging by the scores of the top B&C typicals in recent years, it may prove to be the biggest symmetrical whitetail we will see all season.
SHARE

Eventhough archery seasons opened just a month ago in most states, the biggest typical buck of the 2010-11 season may already have been taken by JT Kreager in Ohio on the second day of the state’s bow season. Dave Hurteau tracked down the hunter and got the story of his collosal, near-perfect 10 with a green score of 188.