Brady Hartgrave, 10, of Manchester, Iowa was taught to shoot by his grandfather, Tim Williams, who took his grandson on... 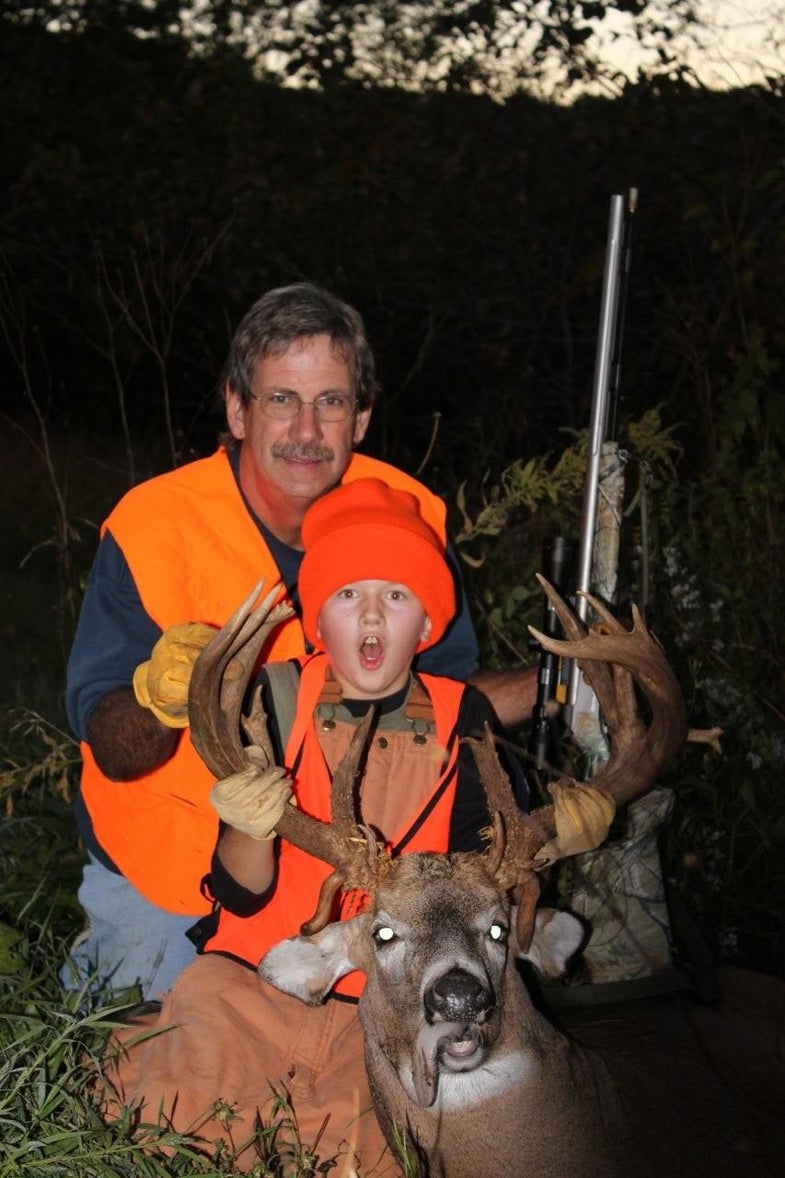 Tim Williams taught his grandson Brady how to shoot, and he made time during the busy harvest season to take the boy on his first deer hunt. The 10-year-old showed Grandpa just how much he'd learned when he spotted this Iowa monster--and dropped it in its tracks with a 100-yard shot.
SHARE

Brady Hartgrave, 10, of Manchester, Iowa was taught to shoot by his grandfather, Tim Williams, who took his grandson on his first deer hunt last month. It was also Brady’s first time out with a muzzleloader after practicing with a .17 caliber rifle and a 16-gauge shotgun. Brady showed his grandpa how much his practice paid off when he downed this big non-typical. Steve Hill investigated and got the story from the young hunter himself.