Hogs have spread across the Lone Star state, and many others, like a modern-day plague. Similarly, mesquite brush has covered... 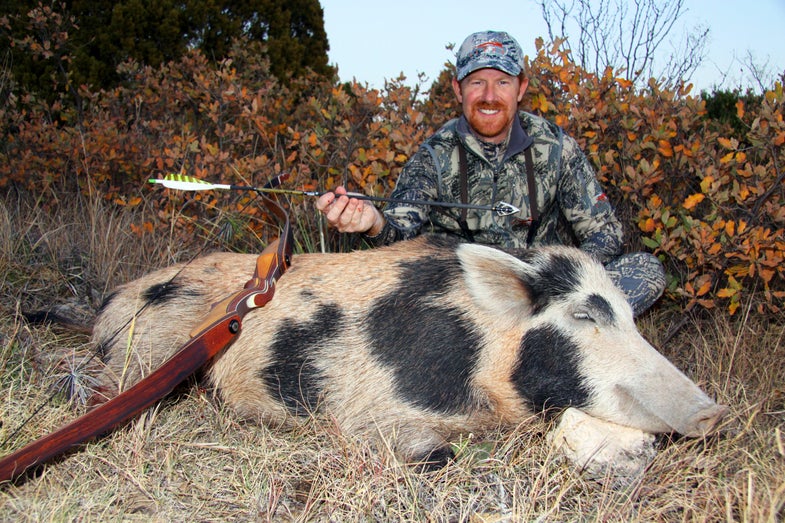 My 475-grain Gold Tip carbon arrow fired from my 50-pound Stalker Recurve hit this pig in the crease behind the left shoulder, shredding both lungs. The big pig made it about 75 yards before the razor sharp 2-bladed German Kinetics broadhead did its deadly work.
SHARE

Hogs have spread across the Lone Star state, and many others, like a modern-day plague. Similarly, mesquite brush has covered the map from one end of Texas to the other, transforming once open grasslands into brushy, prickly pastures. Brandon Ray of Amarillo brought these two “pests” together for a full-circle hunt, using a custom-built recurve bow made from a mesquite tree on his family’s ranch to take a 200-pound Texas sow that was then cooked over a mesquite fire.