In Memory of Kermit Wick 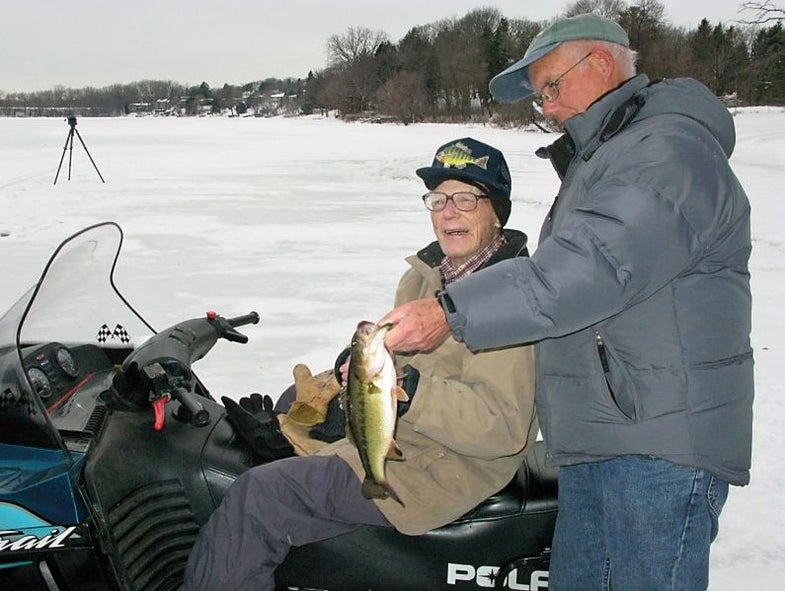 Our elders have taught us silence speaks volumes. Conversely, novels could be written from the spoken words of a man who has lived for more than a century--especially if that man had a passion for hunting and fishing from his youth until the day he died. Minnesota's Kermit Wick--who celebrated his 101st birthday on December 16, 2010 by ice fishing on Sweeny Lake near Minneapolis--was one such man. This story's original intent was to talk with Wick himself about his passion for the outdoors and his opinions on the changes he had experienced in hunting and fishing throughout his 10 decades. But the one inevitable of life caught up with him, and on Sunday, February 6, 2011, Kermit Wick passed away. Fortunately, Wick passed his enthusiasm for the outdoors on to his two children: son Chuck Wick (at right in photo) and daughter Geri Nelson--along with documented stories, vintage photographs and impressive personal drawings. In a way, this is a tribute to Wick as well as a small glimpse into his many decades as an avid angler, hunter, taxidermist, cook and artist told through photos and the recollections of his children. It is a testament to the trials and tribulations outdoorsmen of his era endured to just enjoy the very sports we sometimes take for granted today, as well as the simple pleasures the outdoors can provide later in life.
SHARE
Bass Fishing
Freshwater Fishing
record fish