On December 1, 2011, on the opening day of the second shotgun season in Illinois, Jason Sanders tagged what will... 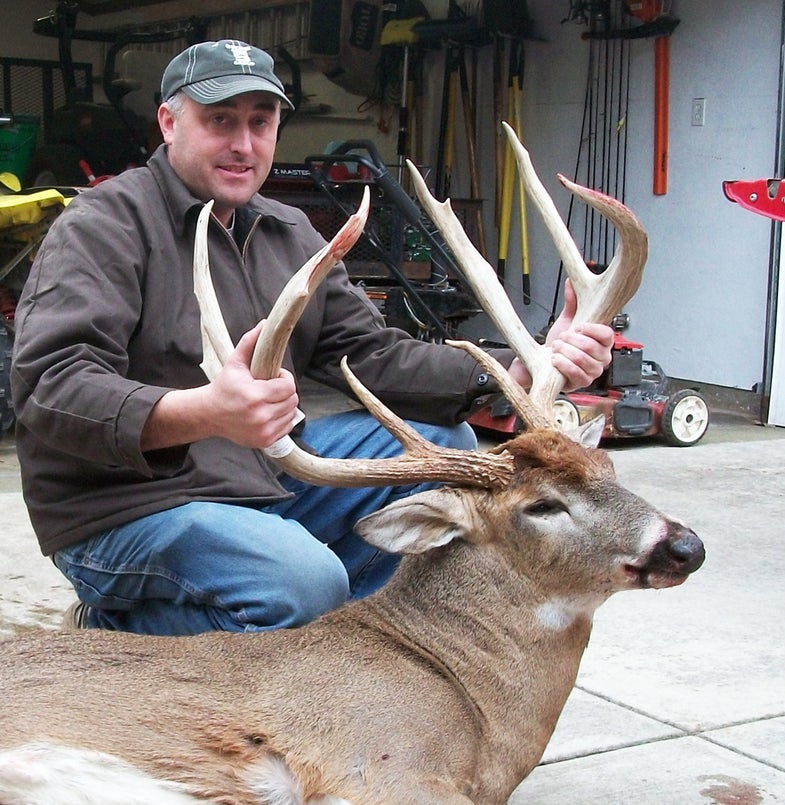 "I didn't tell a whole bunch of people about the buck," Jason says. "I knew a hunter had a trail cam pic of him from a neighboring property, from earlier in the fall. After I showed the buck to my friend who bowhunts, he brought over a measurer from Pope & Young who green-scored it right away. So I had some idea that it would be a really high-scoring buck.".
SHARE

On December 1, 2011, on the opening day of the second shotgun season in Illinois, Jason Sanders tagged what will likely be the largest 8-point whitetail in the Boone & Crockett record books. Sanders, a 38-year-old farmer and veteran deer hunter, was hunting on his home farm when he set his sights on this world-class buck of a lifetime.