_Robert Gramoll of Milwaukee, Wisconsin was ready to give up on his 2012 deer season. After sitting for several days... 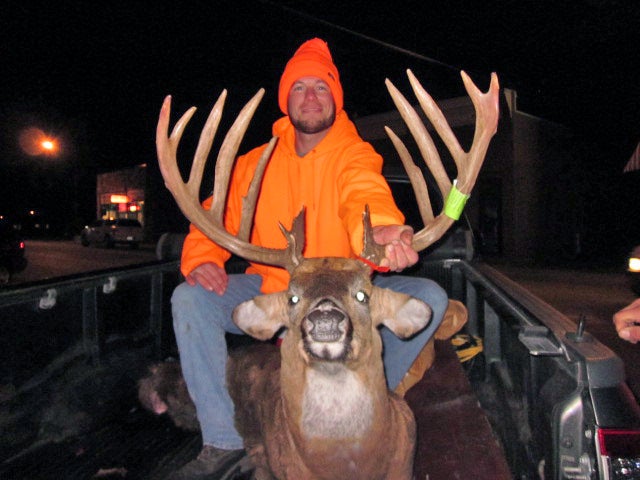 If it's one thing veteran hunters know, it's that things can go from a standstill to 100 miles per hour in a moment. Lifelong hunter Robert Gramoll of Milwaukee, Wisconsin learned just that on Saturday, Nov. 24 when, after several days of no activity which almost made him call it quits, the buck of a lifetime suddenly presented itself.
SHARE

_Robert Gramoll of Milwaukee, Wisconsin was ready to give up on his 2012 deer season. After sitting for several days with no activity, he packed his gear and prepared to drive home when his friends convinced him to stay and hunt one more day.

The next morning, he thanked his companions for changing his mind after he tagged the biggest deer of his life, and potentially one of the biggest bucks in the state. With one shot, Gramoll dropped a buck with a green score measurement of 202 1/8 inches, putting it on track to rank as one of the top 10 largest typical whitetails taken in the Badger State. Here’s his story on how his hunting trip went from zero to 100 miles per hour in a matter of moments._