Hunter and Army Captain, Matt Knox, spent four uneventful days in the woods on his first ever bear hunt. Finally,... 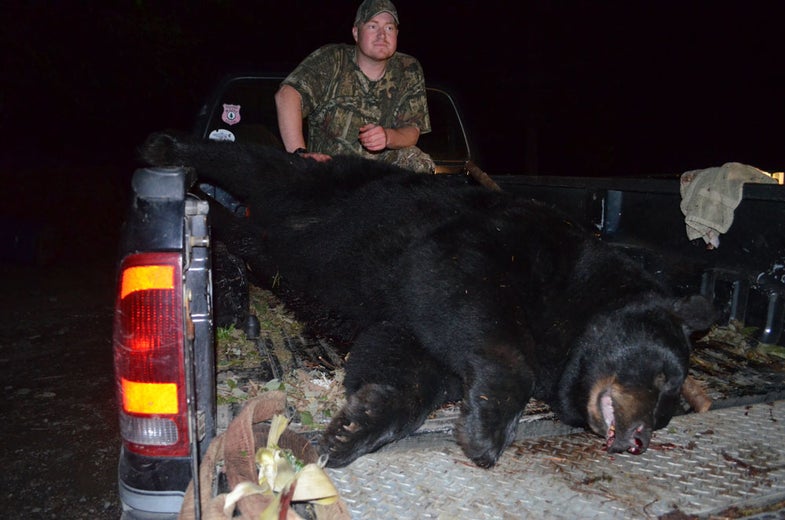 A 28-year-old Iraq War vet set a state record on his first ever bear hunt--with the first bear that walked by. U.S. Army Capt. Matt Knox, a North Carolina native stationed at Fort Meade, Maryland, made good on a promise to his guides, Steve Monroe and Jim Webber of Grand Slam Guide Service. "I told them I was going to shoot the first bear I saw, as long as it wasn't a cub or a sow with cubs," Knox said after downing the 699-pound black bear near Greenville, Maine, on Sept. 7. "Fortunately, this was the first bear I saw." The big bruin topped the old record by 19 pounds, almost 19 years to the day after it was set.
SHARE

Hunter and Army Captain, Matt Knox, spent four uneventful days in the woods on his first ever bear hunt. Finally, a monstrous black bear walked by and he tagged it. Little did he know a little beginner’s luck, and some good shooting, would yield a new state-record, 699-pound bear in Maine. Click through to see photos of the monster bruin and to read Knox’s story.