Last month, Chuck Baker, 44, of Nekoosa, WI came upon a tragic sight in Illinois that, after 35 years of... 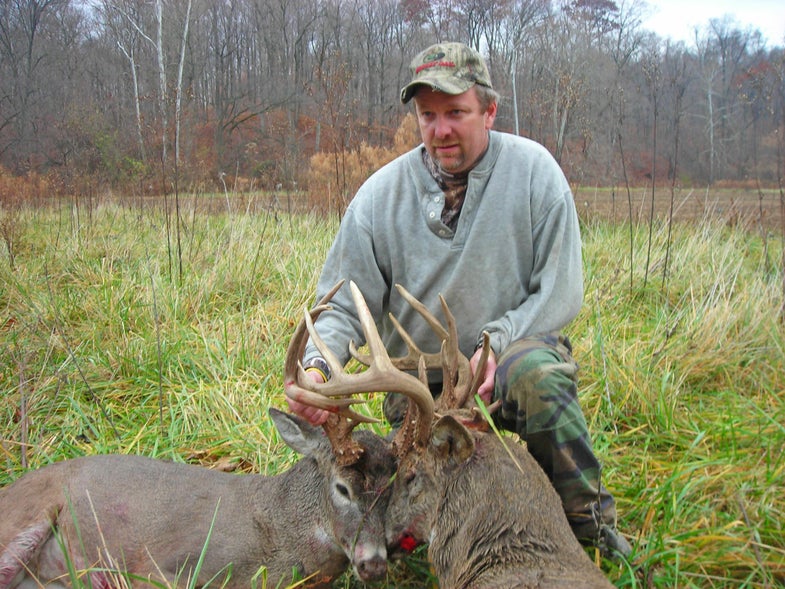 He heard some commotion from about 30 yards away on the trail behind him and turned around to see the body of a deer with his head down where he'd just walked. He slowly and quietly set his climbing stand on the ground and bent down to put an arrow on the rest of his bow. The deer hadn't moved and Chuck was concerned the buck had spotted him so he remained motionless and studied the animal.
SHARE

Last month, Chuck Baker, 44, of Nekoosa, WI came upon a tragic sight in Illinois that, after 35 years of hunting, he thought he would never see: two bucks locked in combat. But it seemed this battle would wind up a draw for the deer, as one was already dead and the other’s rack was firmly tangled in that of his former foe. After a quick call to the game warden (what would we do without cell phones?), Chuck walked away with two trophies. Eugene Mancl got the full story.