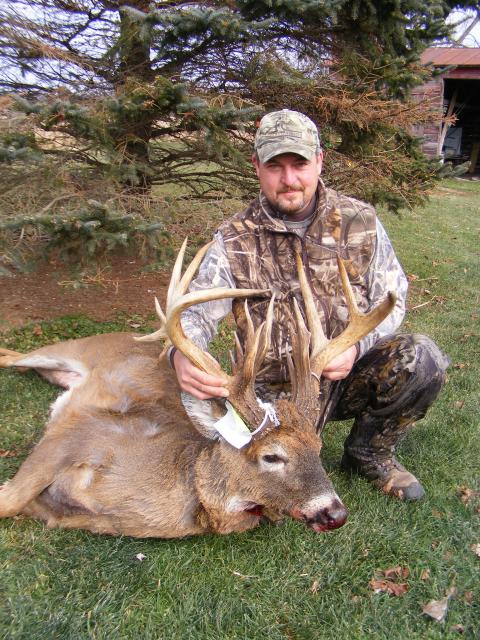 **#6
The Chipper Buck
**
When Tom Buerger took this Wisconsin giant on his father-in-law's dairy farm near Knowlton, Wis., in November, he gave thanks to his old friend Chipper. The farm's hired hand, Chipper had schooled Buerger on the importance of putting out mineral blocks early each spring; before he died of cancer in 2007, he promised he'd always be with Buerger when he hunted the farm--and promised to help him get a monster buck. After shooting this 209-inch 15-pointer, Buerger felt he'd finally tagged a buck his buddy would be proud of--and he believed that, somehow, Chipper had a hand in it.
SHARE
Big Game Hunting
Deer Hunting
Whitetail Hunting