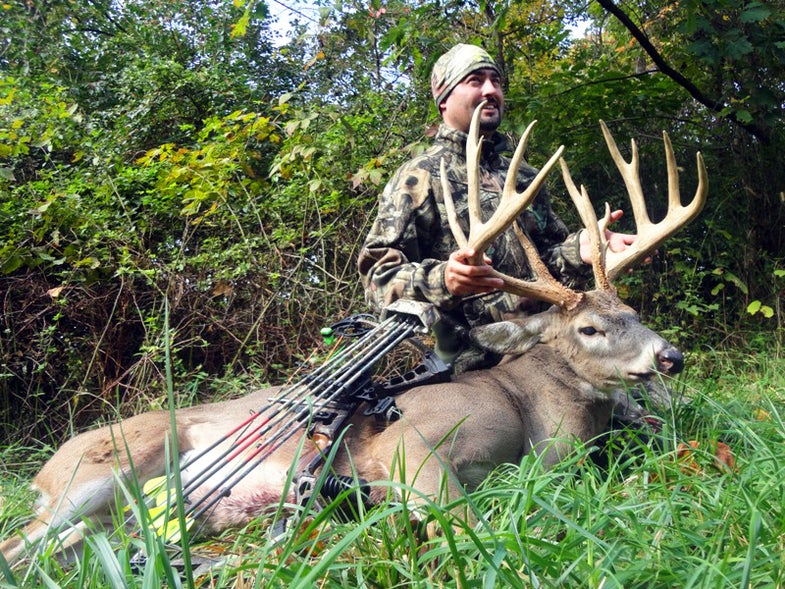 McKenzie had set up multiple trail cameras in the thicket to try to figure out which trail the buck was using, but he could never get a photo anywhere but the one spot where he'd set up his stand. Now he saw why. The buck emerged directly from the dense underbrush and stepped onto the trail. "I don't know how he did it in that thick stuff. I didn't catch a glimpse of him until his head poked out of the scrub brush and he stepped onto the trail.".
SHARE
Big Game Hunting
Deer Hunting
Whitetail Hunting
deer scouting
Deer Season
Deer Stands
gear for deer hunting
news