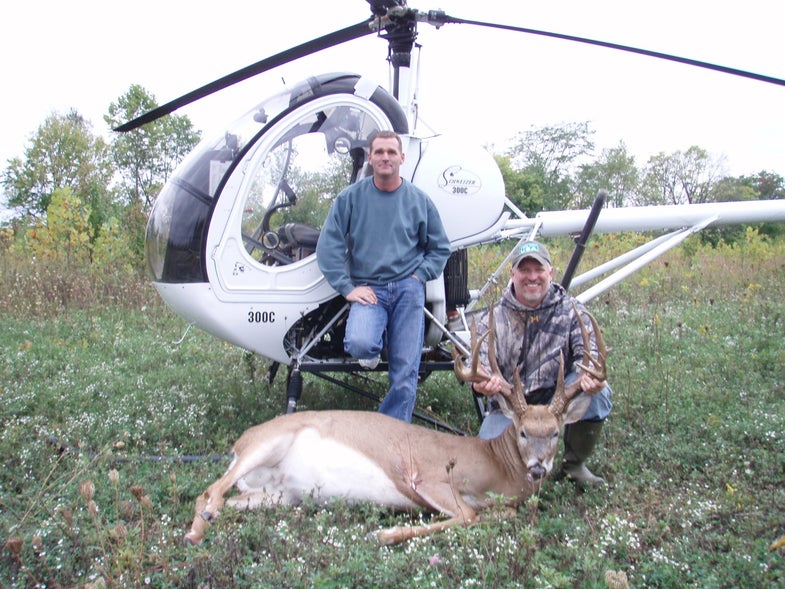 Another look at the video further convinced him the buck was dead: "My mark should have been bullet-proof at that distance," says Esker, who was shooting a Parker Tornado crossbow with a 3 x 32 Red Hot Illuminated Scope. "After looking at the video again and again I could see it was a great shot at only 20 yards." Esker, who flew in helicopters often during his service in the Ohio National Guard, hit upon the idea of renting a chopper. An online search turned up local pilot Steve Slater, and by 5:00 he'd landed his helicopter on Esker's land.
SHARE
Big Game Hunting
Deer Hunting
Whitetail Hunting
news