The Tree Squirrel Slam: How a Small-Game Biologist Tagged All 8 U.S. Bushytail Species

Johnathan O’Dell is a small game biologist in Arizona, which helps make him one heck of a squirrel hunter. In... 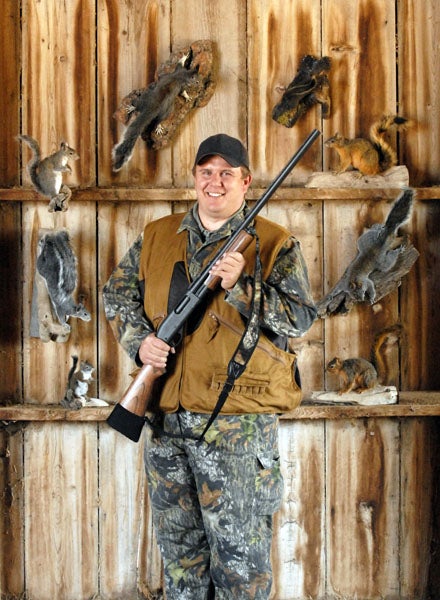 Johnathan O'Dell is the small game biologist for the Arizona Game and Fish Department. He's also a seriously dedicated squirrel hunter. O'Dell says he prefers hunting the bushy-tailed tree-dwellers over any other game because of the skill level required. "Being a really good squirrel hunter requires you to utilize all your collective hunting knowledge and skills," O'Dell says. "You have to read sign and the woods, listen for squirrels over other noise and stay alert for visual cues. You have to move swiftly yet silently or sit motionless for long periods. Squirrel hunting requires different techniques and tactics, depending on weather, season, behavior and location." If anyone would know, it's O'Dell. In 2009 he happened to be traveling to destinations within the ranges of all eight tree squirrel species native to the United States. "I seized the opportunity and made plans to try and take the U.S. Slam of tree squirrels," he says. "It wasn't until after I finished the hunts that I learned I may very well be the first hunter to ever accomplish this feat." This is O'Dell's first-person account of his journey to becoming the Squirrel Master of the U.S.
SHARE

Johnathan O’Dell is a small game biologist in Arizona, which helps make him one heck of a squirrel hunter. In this story, he talks about the individual characteristics of all eight native squirrel species in the U.S. and explains the tactics he used to tag one of each in a single season.