Almost all of the deer in this gallery, and many more, can be found in A Whitetail Retrospective: Vintage Photos … Continued 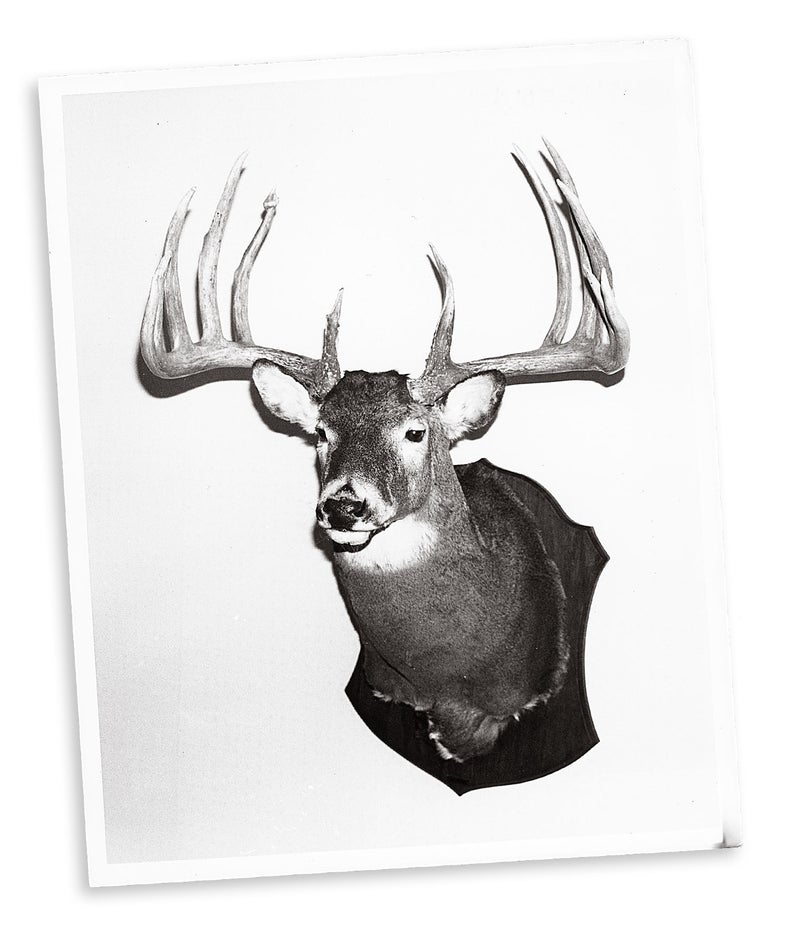 Location: Missouri
Antlers: Typical
B&C Score: 205 One shot at 28 feet from Larry Gibson's .308 brought down this 205 Boone and Crockett typical Missouri whitetail in November, 1971. At first it was scored at 201 5/8, but later over three more points were added. That made the buck Number 2 in the world at the time, and only one tine on the right antler, that had broken and healed, probably while the buck was still in velvet, may have kept it from being the world's record. Courtesy of Boone and Crockett
SHARE 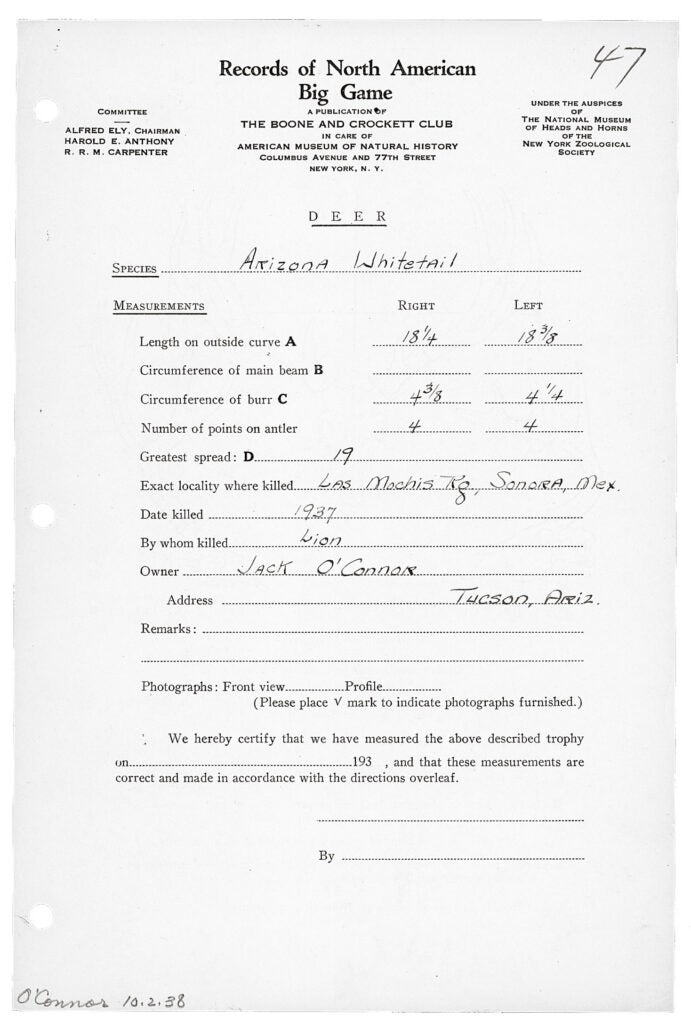 Almost every hunter has heard of the “book”–the Boone and Crockett Club’s Records of North American Big Game. In 1932, B & C published its first records book which listed 50 whitetails of all types. In 2005 the 12th edition had, including typical and non typical whitetail and Coues’s deer, well over six thousand entries._ _ This gallery takes from those entries some of the most outstanding bucks ever to reach the top ranks of the Boone and Crockett Club records, some of those deer dating back nearly to the time of the club’s founding, up to the world’s records of today. __ But before moving forward, take look at the document to the left. Before the Boone and Crockett Club adopted its current scoring system in 1950, measuring a whitetail was much simpler. Here’s a 1938 score sheet for a whitetail killed by a lion that was picked up in Mexico by a hunter. His name was Jack O’Connor.