Stories from the Sea: More Classic Photos from the F&S Archives

Check out this gallery of classic salt water fishing prints from the 30s through the 60s, dug out of some... 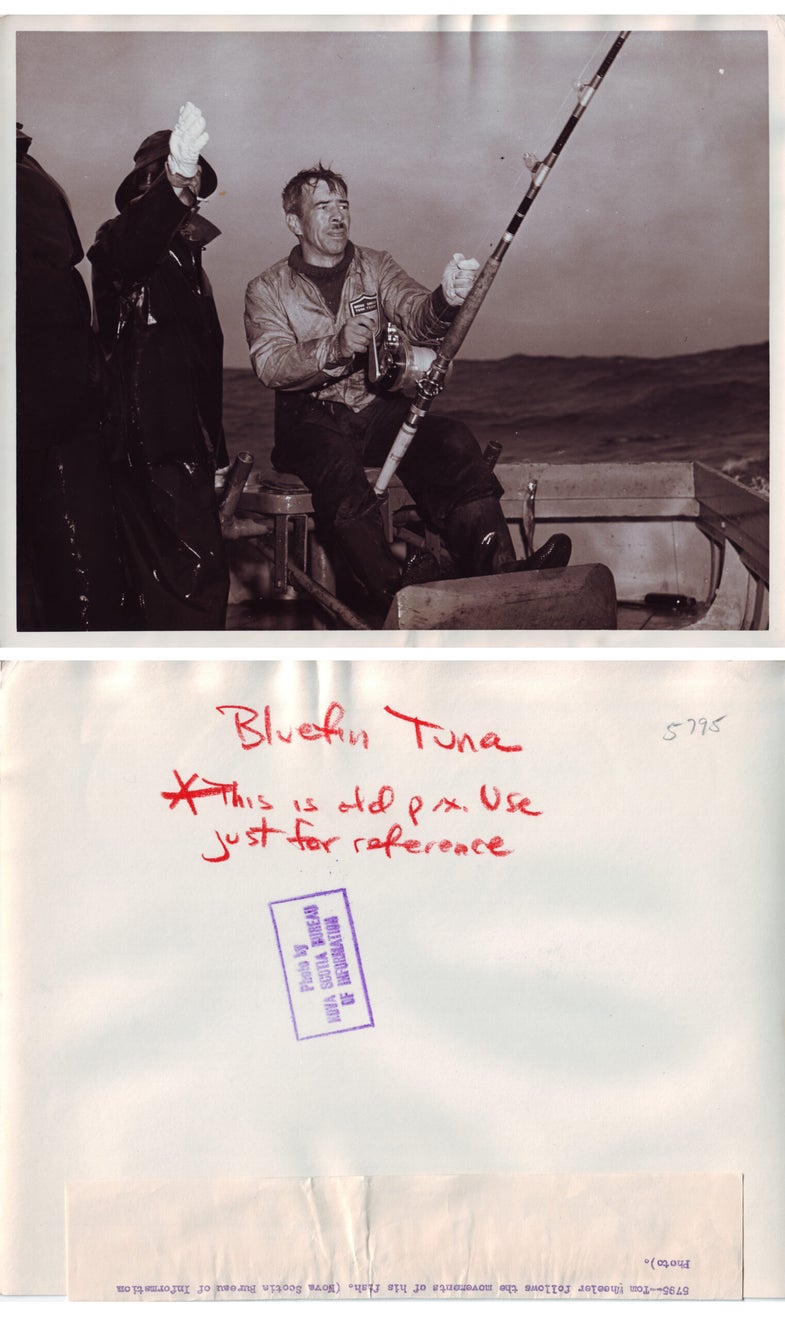 Bluefin Tuna: reference material
This photo was used as reference for a story featuring boxer Gene Tunney in a Nova Scotia tuna tournament. It shows in detail the tackle used to catch bluefin and was apparently used by the editors as reference from which to gauge the accuracy of the text. The patch on the man's jacket reads "British Empire Tuna Team." Some text attached to the print reads, "Tom Wheeler follows the movements of his fish. Nova Scotia Bureau of Information photo.". Field & Stream Online Editors
SHARE

Check out this gallery of classic salt water fishing prints from the 30s through the 60s, dug out of some old file cabinets in the New York office. We’ve re-scanned them to fit our site’s new larger format, and this time included scans of their backs, on which past editors of the magazine sometimes scribbled notes to each other.