Roughly 25,000 years ago, in a series of deep caves in Spain and France, a number of forever nameless Cro-Magnon... 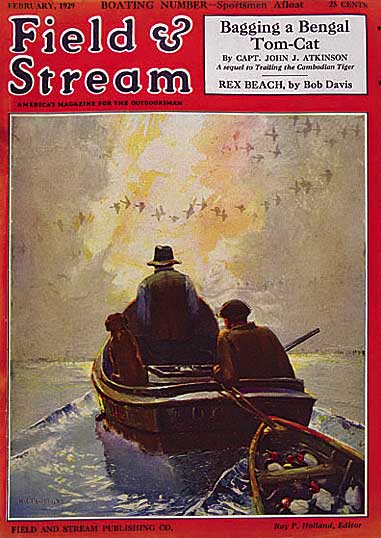 Roughly 25,000 years ago, in a series of deep caves in Spain and France, a number of forever nameless Cro-Magnon geniuses gave us our first works of art. Working by lamplight in otherwise total darkness, they produced images so breathtaking that for many years after their discovery in the late 19th and early 20th centuries, many paleontologists thought they were modern fakes.

And what was the first thing that man chose to depict at the very dawn of civilization? It was hunting. Wild bulls, bears, reindeer, and all the other creatures upon which early man depended were rendered in colors that are still vibrant today.

The question is, why? What compelled them to do this? One theory holds that the paintings were a form of magic. The Cro-Magnons might have believed that if you could capture an animal’s image, you could control the actual animal and thereby make your struggle for survival a little less desperate.

We no longer live in caves, but the need to hunt is still hardwired into us, and it is from this ancient urge that the covers you see here derive their visceral power. Is there anyone reading this who has not looked at a monster-buck cover and imagined himself putting the crosshairs on that animal? Or looked at a snarling grizzly cover and not felt the hair on his neck rise just a little?

What was magic to the Cro-Magnons is still magic to us.–David E. Petzal