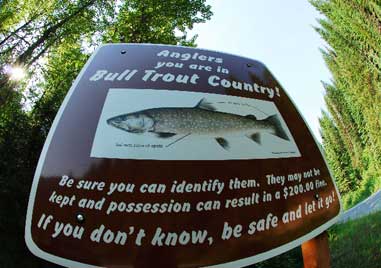 By Greg Thomas Bull trout numbers declined severely in the 1980s and 1990s, but the trout are making a comeback thanks to their protected status. In Idaho anglers may specifically target bull trout, but they may not keep the fish. In Montana anglers may target bull trout only in the Hungry Horse Reservoir, in Swan Lake, and on the South Fork Flathead River. In each state, bull trout must be immediately released after capture. We can't tell you exactly where we went, but here's a hint: try the Clearwater River system and its abundant tributaries. Some other top Idaho bull trout streams are the Selway and Lochsa rivers, the North Fork Clearwater River, St. Joe River, and Kelly Creek. Also note that in British Columbia anglers catch plenty of bull trout, including some 15-pound brutes in the Elk River system near the town of Fernie. Field & Stream Online Editors
SHARE 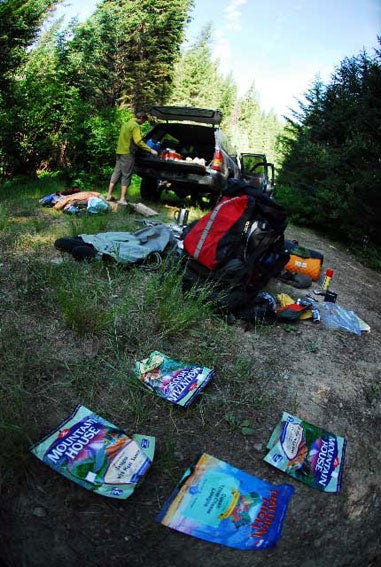 Before heading into the mountains we sorted our gear; freeze dried foods, bear spray, camera equipment, waders, four fly rods with matching reels, two pounds of beef jerky, and, get this, a French press. By the time we hoisted our packs to shoulders, each weighed at least 60 pounds. 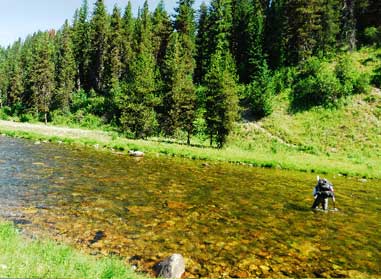 Stream crossings were tough, especially with those packs on our backs. Wogoman works for Cloudveil and his product manager had given him a felt-soled pair of prototype wading boots to test on the trip. But the manager packed two right-footed boots instead of a matched pair, so Wogoman slipped around on the bottom rocks in a pair of tennis shoes he borrowed from me. 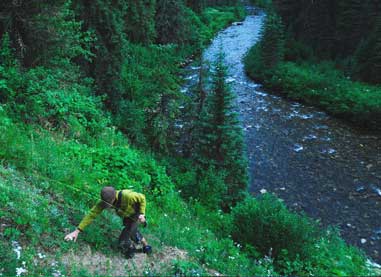 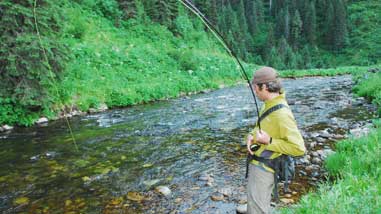 Within sight of our camp we found a pool loaded with bull trout and cutthroats. Here, Wogoman battles with a 20-inch plus bull. 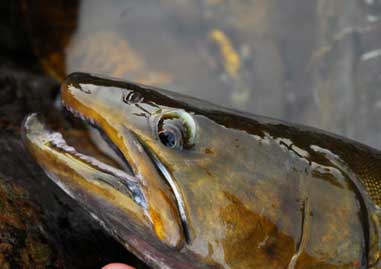 Bull trout are built to kill. They eat mostly other fish, though we took several on cicada imitations. Several times, after hooking cutthroats, we saw big bull trout race up, take a swipe at the hooked fish, then return to the depths. 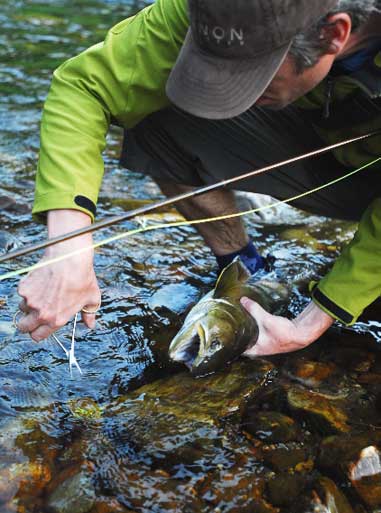 Wogoman with a 25-inch bull trout. In Idaho and Montana, all bull trout must be immediately released. When handling these fish, anglers should take great care. Keep all bull trout in the water and use forceps to remove hooks.

The best fishing trips are often measured by those moments when two anglers hook solid fish at the same time. We doubled-up a more than once on this trip. Here, Wogoman tries to handle our catch while I man the camera. 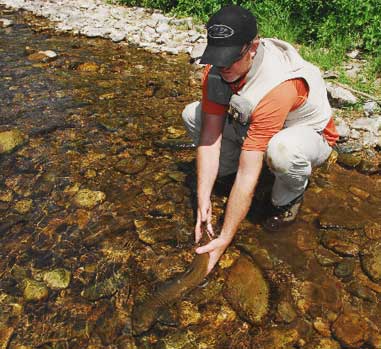 Bull trout fight hard, but they are not acrobats. They don’t really jump. Instead, they sulk in the deep. After you release a big bull, your arms will know they just finished a fight. We found bulls stacked up in all of the deeper holes. Egg-sucking leech, Bitch Creek, zoo cougar, and bighorn bugger fly patterns pulled them out of the shadows. 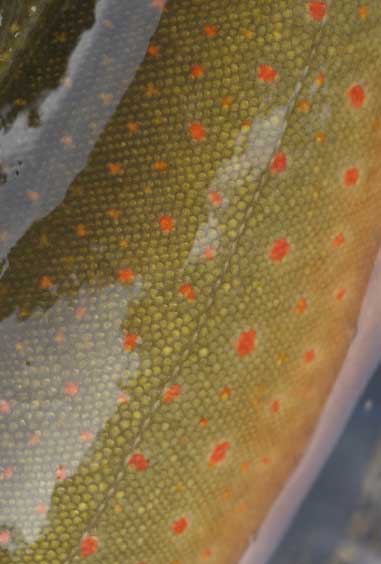 Bull trout are not recognized as one of the Rocky Mountains’ most beautiful fish, but I think their combination of dark green backs, salmon spotted sides, and white-tipped fins is gorgeous. 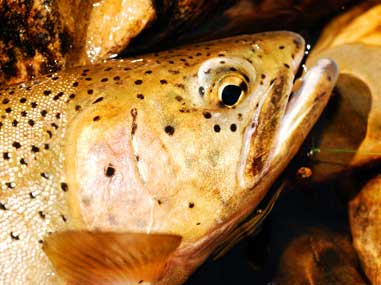 This is west-slope cutthroat, which is considered one of the West’s most beautiful fish. These native cutts were eager to pounce on dry flies. We enjoyed hearty takes on Royal Wulffs, elk-hair caddis, parachute Adams, and golden stones. 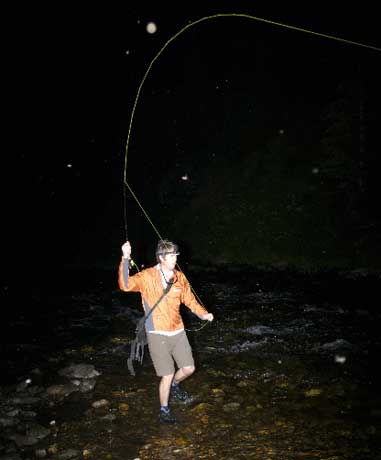 Like most pisciverous fish, bull trout often feed at night. Here Wogoman sets up on a big fish (only to lose it moments later). We saw two black bears on the way back into camp that night. 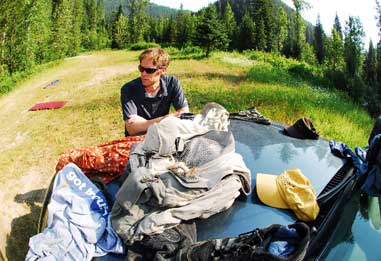 We finally left when our food ran out, our arms tired from catching so many fish. On the way back we went swimming in the river (by accident) and got stuck in a downpour. Here we’re spreading gear out to dry back at the trailhead.
Freshwater Fishing
Trout Fishing