Because bad hits happen, no matter how much you shoot 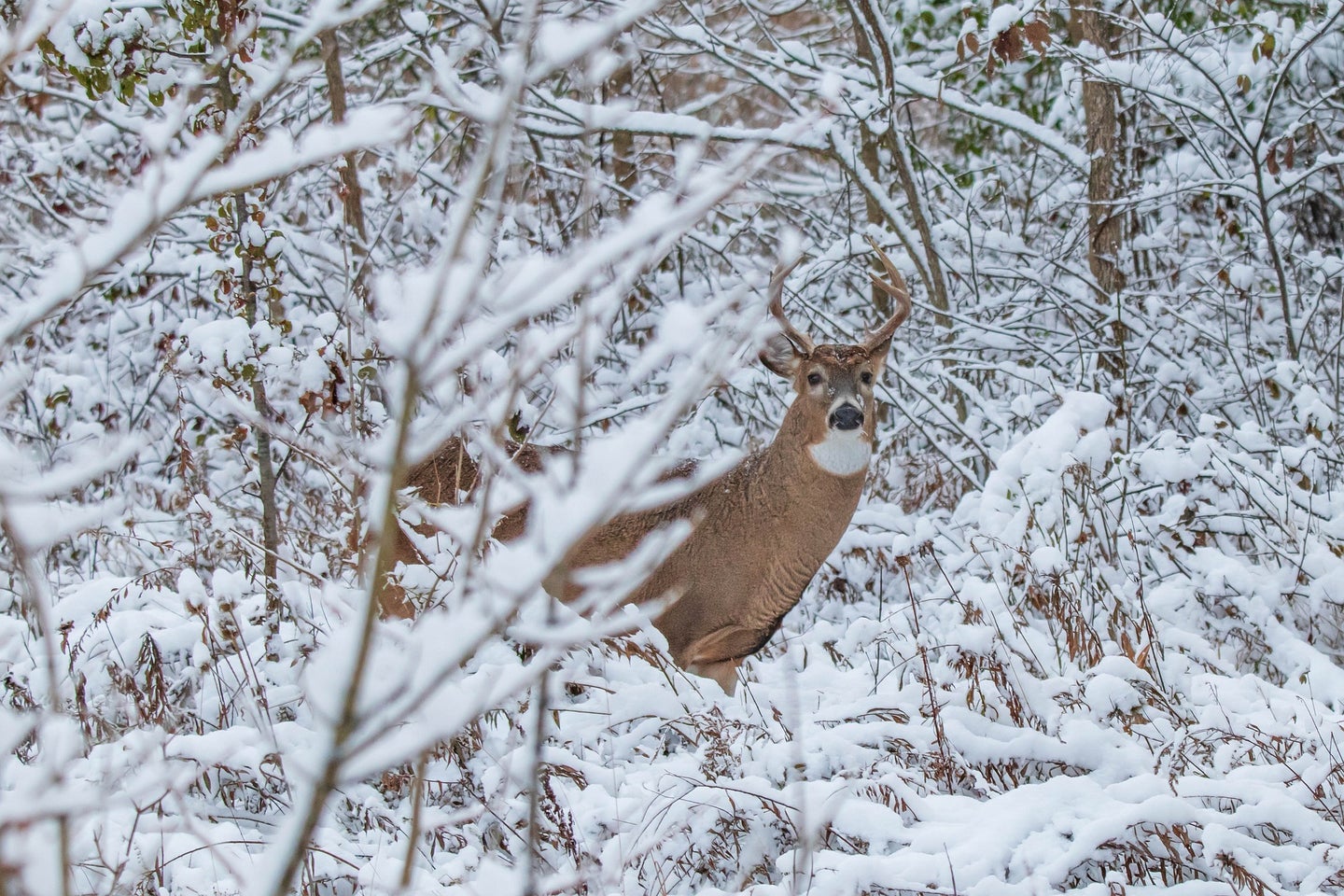 Watch how a buck reacts to the shot and you'll know how to track him. Mark Ray from Pixabay
SHARE

All the target practice in the world can’t guarantee against the occasional flubbed shot—especially when there’s a big buck involved. But if you hit a deer too far back or too high, it doesn’t mean your hunt is over. Knowing what to look for during and after a bad shot can give you clues on how to react and will mean the difference between finding your buck and going home empty-handed. Here are a few of the most common misplaced shots, how to tell when you’ve made them, and what to do after the fact.

Where Not to Shoot a Deer

A Deer’s Reaction to a High Chest Hit

A deer hit in the so-called “dead zone” (which is a bit of a misnomer) between the lungs and spine will likely tuck its tail and run but otherwise act -uninjured. It can go 200 yards or more before bedding down.

How to Blood Trail a High Chest Hit

Sticky shreds of pink meat all over your passed-through arrow is the telltale sign that the shaft entered above the lungs and went through the saddle. A modest, bright-red blood trail will peter out within 100 yards.

So close to a good shot, yet it’s often not lethal. Your best chance is with a second arrow. After a couple of hours, take up the trail with your bow, preferably alone.

Read Next: How to Train Your Dog to Blood-Track Whitetail Deer

A Deer’s Reaction to a Paunch Hit

A gut-shot deer will buckle sharply on impact and labor out of sight. It will look mortally wounded (because it is) and will rarely go more than 100 yards before bedding down.

How to Blood Trail a Gut-Shot Deer

This arrow will pass through, too, and the first thing you should do is look and sniff for stomach contents on the shaft and especially around the fletchings. The blood trail will be thick, dark, and sparse.

Remember two things: First, this deer will eventually die if left undisturbed. Second, if you bump it from its bed, your odds of recovery plummet. So don’t be in a hurry. Give it at least six hours before taking up the trail.

A Deer’s Reaction to a Shoulder Hit

The deer will typically run frantically out of sight with its tail tightly tucked. As always, you should keep a sharp eye on the animal and listen closely as it flees. You may actually see or hear it go down.

How to Blood Trail a Deer Shot in the Shoulder

This hit often stops the arrow, so blood on the ground may be minimal. But blood found on a broken shaft will reveal the depth of penetration.

If you hit the shoulder high with minimal penetration, it was probably nonfatal. A lower hit 7 or 8 inches deep will get at least one lung, the heart if you’re lucky. Wait two hours, then bring a friend to help search.

A Deer’s Reaction to a Ham Hit

Deer hit in the hams tend to have difficulty running and may fall down repeatedly as they try to escape. If you know you hit too far back, don’t let the sound of a falling deer fool you into taking up the trail too soon.

How to Blood Trail a Deer Shot in the Ham

The hams are full of blood vessels, including the femoral artery. A solid hit leaves a heavy, bright-red trail. The arrow usually doesn’t pass through, but it may break, leaving a portion that reveals penetration.

No one aims at the butt, but the truth is, there are worse places to hit a deer. If you leave this animal alone for two hours, the chances are good that you’ll find it within 200 yards.

Read Next: Do You Need to Shoot 100 Yards to Bowhunt the West?

A Deer’s Reaction to a Liver Hit

Deer hit in the liver act like deer hit in the guts. After buckling and laboring away, they may go a bit farther (up to 200 yards) before bedding down. On the other hand, they die faster.

How to Blood Trail a Deer Shot in the Liver

Your arrow will zip through the deer, and when you recover it, the shaft and fletchings will be soaked in dark-red blood. The trail, however, may consist of only droplets that disappear for stretches of 10 to 20 yards.

Give the deer two hours before tracking and get on your hands and knees if necessary to stick with the trail. If you hit the liver, the deer is dead.

Should you shoot a deer that’s facing you?

Some hunters will take this shot when hunting with a rifle, but it’s better to wait for the deer to turn. The best place to hit a deer that’s facing you is where the neck and shoulders meet. But a deer’s chest is a small target, and when shooting at a deer with a bow, it’s easy to mess this shot up.

When should you stop looking for a shot deer?

You should continue searching for a deer until you’ve done everything possible to find it. Make sure you have a solid plan to recover a deer before you go hunting or know someone experienced who can help you track a wounded deer. In some states, it’s legal to use the help of a tracking dog, and some hunters will train their own dogs to find wounded deer.

How far will deer run after being shot?

Deer can run as little as a few yards (and sometimes none at all) or hundreds. That’s why, if a deer does run out of sight, you should give it time before attempting to recover it. If you start tracking it too soon, you may end up causing it to run even farther.