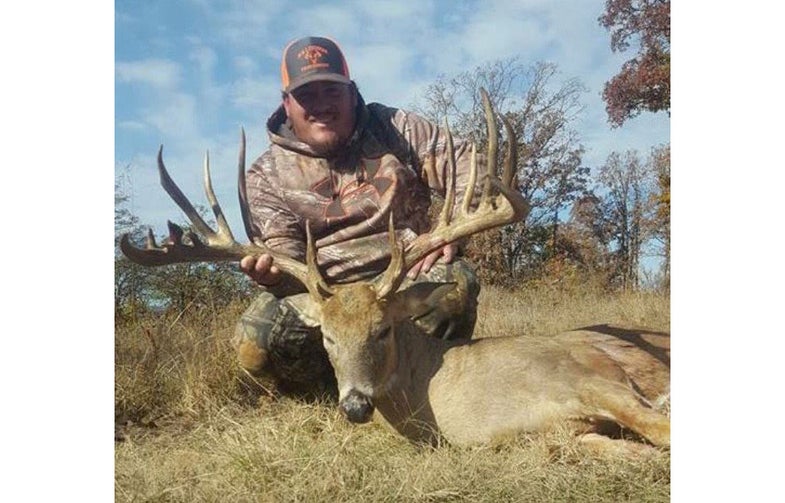 Drinnon with the 19-pointer. From Texas Parks and Wildlife Department
SHARE

John Walker Drinnon did not have a good Christmas, according to a story on CBS Austin (Texas). Just four days earlier, the 34-year-old was sentenced for poaching a 19-point whitetail on private property with a rifle during bow season.

Illegally taking a trophy deer like that doesn’t quite rise to the level of horse thievery in Texas, but it’s apparently close enough. The Grayson County (which is archery-only to start with) judge ordered Drinnon to spend every weekend of hunting season for the next five years in jail and to pay more than $18,000 in civil restitution, and he was forbidden from buying a hunting license while carrying out his sentence.

Actually, the judge showed more mercy that I would have. A guy who’s over 30 years old undoubtedly knows better. I’d have yanked his license for life. But maybe the judge was feeling the Christmas spirit.

What would you have done?