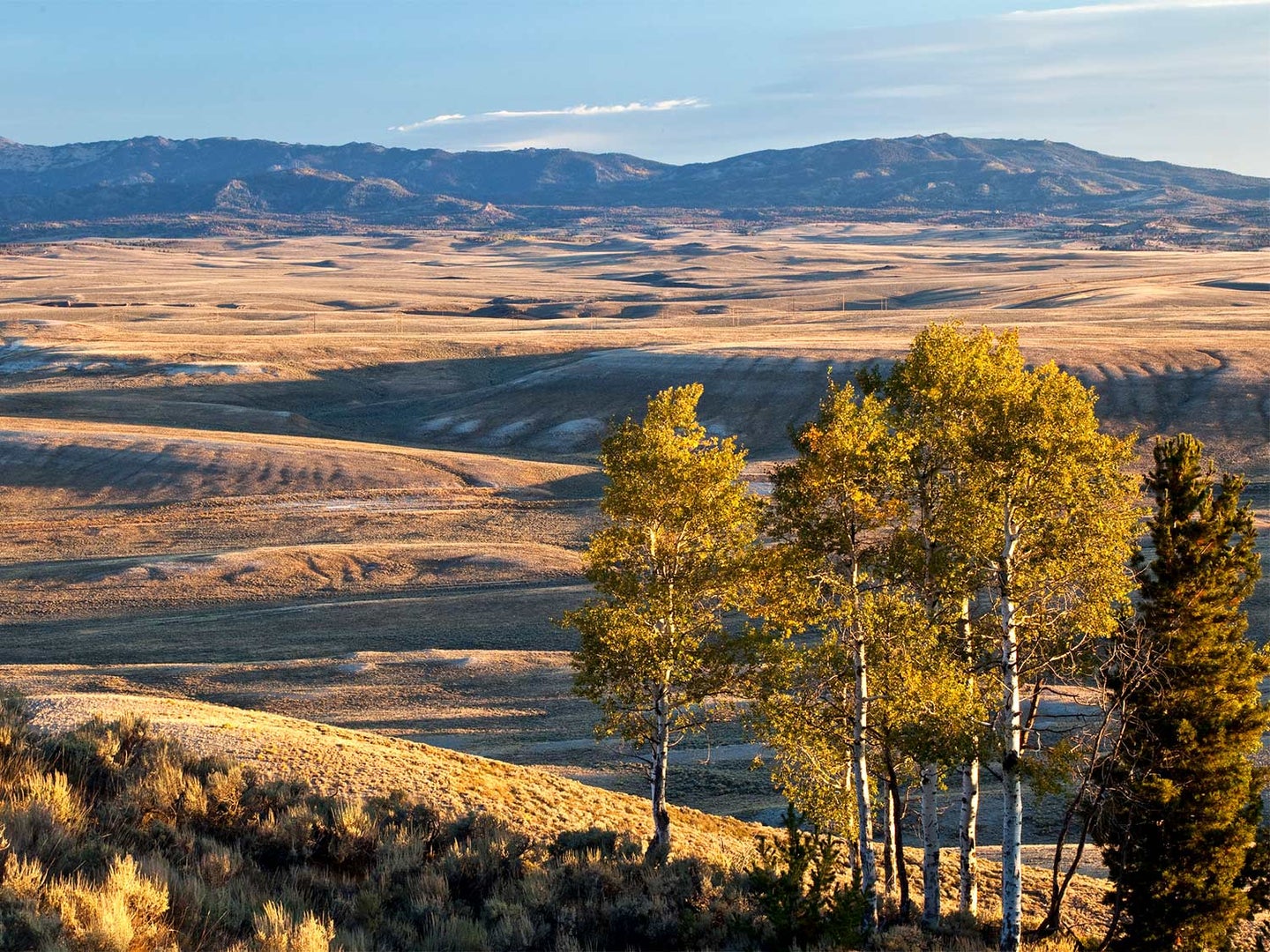 You would think that, given our growing understanding of public lands—the stories of spectacular elk and mule deer hunting in the West, caribou in Alaska, public-land turkeys and whitetails in the East, and the freedom of access we all enjoy—that we’d have laid to rest some of this anti-public-lands, sell-’em-off, graze-for-free, only-the-richest-get-to-hunt hooey. But like a zombie in a cheesy horror movie or some kind of cut-rate Rasputin—poisoned, shot, dumped off a bridge, and rammed through the ice only to appear at your doorstep dripping wet and grinning—the anti-public-lands movement just keeps coming back.

The latest in this pitiful, but relentless, saga, is the appointment of lawyer William Perry Pendley as acting Director of the federal Bureau of Land Management (BLM). President Trump, as reported in this comprehensive story, has not nominated an actual director for the BLM—which oversees about 245 million acres of some ofAmerica’s best hunting, fishing, camping, and roaming public lands—not to mention a vast wealth of minerals and energy developments, as well as hundreds of thousands of acres of grazing lands. This is almost certainly because nominating an actual director of this vast treasure would require confirmation by Congress, a process that would almost certainly preclude an outspoken anti-public-lands zealot like Mr. Pendley.

Pendley, a native of Cheyenne, Wyoming, who served in the Reagan administration and was a captain in the Marine Corps, is sometimes described as a “conservative writer” on various topics, such as:

He has spent a lifetime engaging the full laundry list of the anti-government-grievance industry that has been building across the U.S. since he served as Deputy Assistant Secretary for Energy and Minerals of the Department of Interior in the Sagebrush Rebellion days of the 1980s. (Pendley’s Twitter handle is @Sagebrush_Rebel.) His books include Warriors for the West: Fighting Bureaucrats, Radical Groups, and Liberal Judges on America’s Frontier, War on the West: Government Tyranny on America’s Great Frontier, and Sagebrush Rebel: Ronald Reagan’s Battle with Environmental Extremists and Why It Matters Today.

Pendley comes to lead the BLM from the Mountain States Legal Foundation (MSLF), where he has spent almost 30 years as the president and chief legal officer. MSLF, on its website, describes itself as “a nonprofit, public interest legal foundation dedicated to individual liberty, the right to own and use property, limited government, and free enterprise.” The law firm has long been a leader in litigating against various federal agencies, such as the BLM or the U.S. Forest Service, and what it’s lawyers and clients view as unfair regulations meant to protect wildlife or the environment.

James Watt, the anti-environmental firebrand who served as Secretary of the Interior under Ronald Reagan, founded the law firm with a grant from conservative activist and beer-magnate Joseph Coors, in 1976. Watt served as one of history’s most controversial Interior Secretaries from 1981-83 and resigned after some ill-considered public remarks to become a lobbyist. A decade later, he was convicted of perjury in connection with an influence-peddling investigation, and sentenced to probation.

In one recent high-profile case, MSLF represented Solonex, LLC in a lawsuit against the Bureau of Land Management, The U.S. Forest Service, and the Department of the Interior after the federal agencies cancelled leases for oil and gas drilling in Montana’s Badger-Two Medicine, an isolated and pristine valley in the Lewis and Clark National Forest that lies just south of Glacier National Park. The Badger-Two, as it is called by those who know it, is the headwaters of the Marias River and is regarded as a sacred site of the Blackfeet Tribe. MSLF argued that the canceling of the leases by the federal agencies was a capricious act, and so far, the courts have agreed.

In 2000, MSLF represented three Montana landowners in a lawsuit to overturn the state’s extremely popular stream access law, which MSLF attorneys claimed violated the landowners’ private property rights. In 2003, the Montana Supreme Court refused to hear the case, effectively closing it, although the fight has never quieted down.

Pendley’s long record of battling against the federal government and his vocal advocacy for selling off public lands makes him a very odd choice for acting director of the Bureau of Land Management if the goal of the Trump administration is to, as the President once said, “keep the lands great.” One could argue about the new plans to move the headquarters of the BLM from Washington, DC to Grand Junction, Colorado—with one side saying that the BLM headquarters should be in the West, where almost all BLM lands are located. But there is another way to see that move, as well, and the appointment of an anti-public-lands lawyer to head up the agency might well bolster that argument.

There has been a systematic attack on the BLM from Western politicians for decades now. The Bundy standoff in Nevada and the subsequent occupation of the Malheur Wildlife Refuge in Oregon were only the latest flashpoints in an ongoing and longstanding effort to disparage and discredit the BLM and its employees. Endless conspiracy theorists and their websites pick up where the politicians cut the path but fear to tread it.

The conclusion could be that appointing Pendley as acting director of the BLM while moving the headquarters to Colorado, isolated from decision-makers in Washington, DC, and close to the anti-public-lands movement’s bases in Utah (where the recent shearing of the two National Monuments was greeted with triumph), is a part of the dismantling of the agency, and the first major step to getting rid of these public lands. The BLM is low-hanging fruit for anti-public-lands supporters and with so much to be gained from privatizing America’s birthright, the public lands divestiture movement never sleeps.

It is probable that William Perry Pendley, whatever his motives, performs a valuable service to our nation. He was a captain in the Marine Corps, and his endless battle with our government may well have positive effects. (Government, at any level, needs to be watchdogged and kept relentlessly in check. He is also a Second Amendment defender.) We may or may not agree with him on issues related to conservation, but debate, gadflies, conflict, passionate defense, and argument are the welcome symptoms of a healthy democratic republic. I will never agree with him that the American public lands are not the greatest idea we ever came up with, or that these lands are not the essence of our freedom, but I wholeheartedly respect his right to voice his opinion about them.

But an outspoken advocate for selling off the American public lands does not belong in a position of authority over our lands. It is ridiculous. The fact that we are operating one of the most important federal agencies in our government with leaders that could almost certainly not be confirmed if brought before Congress should be a blaring warning siren to every American. Sportsmen and sportswomen who dream of hunting elk and mule deer someday or taking their children or grandchildren out West to camp and see the wonders of our public lands should be watching what is unfolding here. Because it is very difficult to see these moves as anything but the beginning of the end for our BLM lands.