Public Lands and the Lesson of the Yew

Twenty-four years ago, I had a job as a sawyer working in the Clearwater National Forest of Idaho, cutting Pacific... 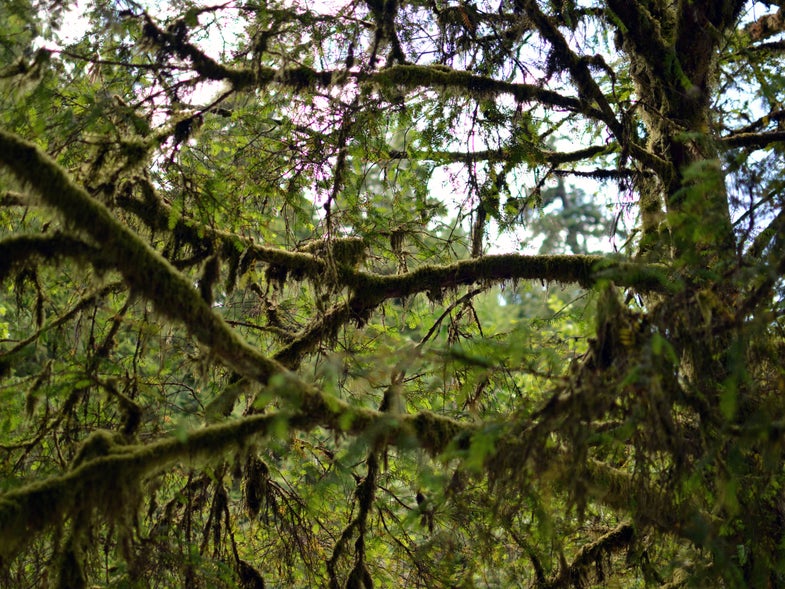 Twenty-four years ago, I had a job as a sawyer working in the Clearwater National Forest of Idaho, cutting Pacific yew trees (taxus brevifolia) for a drug company. The yew bark contained the chemotherapy drug paclitaxel, and it was much in demand at the time. I worked for a contractor out of Plains, Montana, and our crew—a half-dozen sawyers to fall and buck the yew trees, and a small army of bark peelers and baggers—occupied a series of camps in the Clearwater National Forest, east of Pierce, Idaho, way up on the wild headwaters of Lolo Creek. It was good work, and I wrote one of my first published stories about it, a few years later.

(As to the moral questions involved in cutting down a dwindling supply of ancient Pacific yew trees to treat human beings for cancer, that issue did come up among our crew around the campfires at night, but no one that I know of quit the job from guilt.)

That job, and living for those months in those deep forests, led me to a long fascination with the Pacific yew tree, and then to the beautiful traditional bows made from its wood. A yew stave from the right tree (I truly regret that we had no bowmakers or stave suppliers on our crew who could have salvaged some of the trees we cut on that job) just looks right for making a powerful bow, drawing the eye of the warrior or the hunter, as if there were a spirit in the wood calling to be released and put into action. I’m not the first person to feel that way, I learned.

The Pacific yew is a strange denizen of the shadiest old-growth forests, a mosshung ancient that looks right at home in an illustration for an old Grimm’s fairy tales. Native Americans used it for bows, of course, but early western explorers of European descent must have felt something like a rush of déjà vu when they encountered the tree—the oldest known wooden artifact is a spearhead made of European yew wood that was found in England in 1911 and is estimated to be 450,000 years old (which could have been used to hunt the Pleistocene elephants that lived there at the time they were twice the size of the modern African version).

The history of Europe is inseparable from that of the yew. It is now generally accepted that Yggdrasil, the massive tree at the core of Norse mythology, was not an ash, but a yew. The English longbow was made of yew, and dominated warfare for hundreds of years, so completely that the yew tree was almost wiped out by the 16th century, and supplies were being searched out in the Baltics.

Throughout Europe, the yew was and is known as a gateway tree to the underworld, and a protector of the dead, because almost all of the yew trees that survived the relentless market for bow wood were and are found in the hallowed ground of churchyards or cemeteries. Some of those trees, like the Fortingall Yew, are now thousands of years old.

I guess by now you have every right to ask what the heck any of this has to do with conservation (aside from the obvious: that we need to make sure we keep our Pacific yew trees and don’t let them go the way of Europe’s). But there is a larger point to be taken from the mysterious association with European yew trees and the hallowed lands of the dead.

Our ancestors in Europe lived in feudal societies where the king or the lord owned the forests and the fields. The only land accessible to the working people was in the cemeteries and churchyards. One of the leading theories as to how the European yew became the tree of cemeteries is simply that they were planted and cultivated there to provide bow staves to people who had no access to the forests, or were banned from cutting the yew trees there. Our ancestors living in those feudal societies had nothing. That is exactly why they left for the dangers and adventures and opportunities of America.

I am sitting here, in Montana, with tens of thousands of acres of public lands open to the roaming to the east and west of me. I’m writing a story that starts with me, 24 years ago, living in a camp in the Clearwater National Forest, making good money cutting trees for a cancer drug, on a contract with the U.S. Forest Service to work on our own public land. Those were good times. When work was done each day and the beers came out, we went fishing (this is where a friend of mine, an expert flyfisherman who was on the bark-peeling crew, first showed me the incredible cutthroat fishing in Kelly Creek). We swam in the creeks, wandered in the cathedral forests, threaded the endless logging roads back to Pierce for supplies, and if you wanted, stopped along the way to camp and fish and cook supper. Men met women, in the age-old way, and some paired off and moved camp to more private places in the forest. A buddy from the saw crew let me shoot his brand-new .45 Colt Commander; I liked it so much I bought one myself, and I have shot that pistol as my primary sidearm ever since. A few people who looked like outlaws showed up, peeled for a few days, took an advance on their wages, and disappeared, perhaps on the lam, perhaps not. It was a place where the mountains were big enough for all kinds of living and all kinds of people, not like some pestilential city or a too-orderly neighborhood with a guard on every corner.

It was freedom—writ as wide as the Idaho horizon seen from the top of the peaks all around, and it is all still there, right now, for anyone to enjoy, as I write this. For how long this can be true, I have no idea. The only answer to that question is to be found with us, the American people who currently own these lands.

For years now, we Americans have elected leaders who promise to transfer our public lands to the states, or to privatize our federal public lands—in essence, to create for us a situation very much like that of the commoners in old Europe, reduced to seeking a bow stave in the last common space of cemeteries. The only difference seems that we are hell-bent on doing this to ourselves, to turn a birthright hard—won by our forebears from Europe—who would surely bellow in frustration if they could see us even talking about it—into nothing.

Here is what the current Republican platform says of our American public lands, the places we live and work and hunt and fish and camp with our families:

It is absurd to think that all that acreage must remain under the absentee ownership or management of official Washington. Congress shall immediately pass universal legislation providing for a timely and orderly mechanism requiring the federal government to convey certain federally controlled public lands to states. We call upon all national and state leaders and representatives to exert their utmost power and influence to urge the transfer of those lands, identified in the review process, to all willing states for the benefit of the states and the nation as a whole.

Notice the careful language here: “It is absurd to think that all that acreage must remain under the absentee ownership or management of official Washington.” It doesn’t sound as if we own these lands at all, does it? “Absentee ownership” and “official Washington” are chosen to make it sound as if these lands were somehow in the hands of a king or other monarch. Anybody who hunts public land, anybody who has experienced our National Forests, knows this is not true. The lands belong to the American people, and they are an irreplaceable benefit to “the states and the nation as whole,” just as that manifesto above—which demands that we surrender them—describes.

The Fortingall Yew is estimated to be between 2000 and 3000 years old. It was standing when the Celts fought their way into Britain, and when the Romans crushed and enslaved the Celts. It stood through the Dark Ages, and through the World Wars. There is no doubt that it has witnessed free men sell themselves and their people into serfdom and worse for a few scatters of silver, or out of spite at some invented phantom, or through sheer sleight of hand by wily hucksters. I know where there are some old mosshung Pacific yews in the Idaho forests that escaped our saws two decades ago. I am hoping they will witness us holding tight to what we inherited.