Accessible only by paddle and portage, Minnesota’s one-million acre Boundary Waters Canoe Area Wilderness, is heavily wooded with more than... 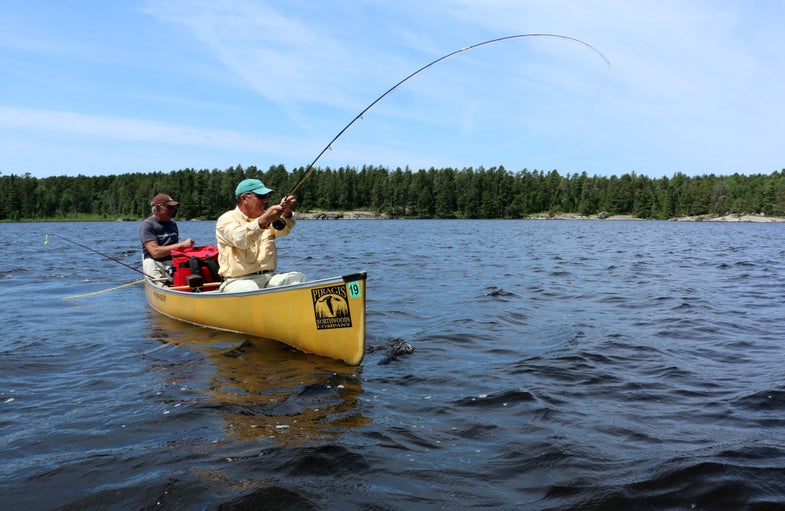 Accessible only by paddle and portage, Minnesota’s one-million acre Boundary Waters Canoe Area Wilderness, is heavily wooded with more than 1,000 lakes connected by rivers. The undeveloped region, near the Canadian border, is so clean you can drink unfiltered water from the middle of the deepest lakes. But a threat to this pristine area is raising different concerns—a new copper-nickel mine. Though the proposed site is outside official wilderness boundaries, it is located at the top of the watershed, which could spell disaster in the case of a spill.

Twin Metals Minnesota knew it had a fight on its hands when it lost exploratory mining rights in January. The U.S. Forest Service put a two-year moratorium on mine exploration surrounding the Boundary Waters in Superior National Forest so it could study the ramifications of opening the earth so close to federally protected wilderness.

Although owned by Chile-based mining company Antofagasta, Twin Metals has local support, including Up North Jobs and the mayor of Ely, Minn., Chuck Novak.

“The last mine closed in 1967, and this city never recovered from it,” Novak says. “In the winter, you can throw a snowball through town and you won’t hit anything.”

Novaks says it’s not that they don’t care about the repercussions, “But I believe I should see it before we weigh in, and none of that is being allowed to happen. That’s like your college professor failing you on a paper you haven’t written.”

If those opposed have their way, the mine will not happen at all—that includes Steve Piragis, co-owner of Piragis Northwoods Company. He’s one of 23 Ely Outfitters relying on the Boundary Waters to keep business afloat. He says tourism turns the area’s money wheel and without clean water to paddle, the local economy could sink.

“There’s no compromise,” Piragis says. “It’s pollution. There just can’t be a mine here or outside the wilderness, doesn’t matter. If it’s in the watershed. It’s going to pollute the Boundary Waters.”

The group Sportsmen for the Boundary Waters is in the same boat as Piragis. Hunting and fishing via canoe is a wilderness experience they don’t want to see washed away if the mine springs a leak.

“Honestly, if there’s any type of pollution [in the wilderness,] it’s going to be really tough, almost impossible, to get that stuff out of there,” says Lukas Leaf, Sportsmen for the Boundary Waters outreach coordinator. “There is no remediation allowed in the Boundary Waters. The whole point of having this designated wilderness is so you don’t have to do that.”

Those opposed, including Save The Boundary Waters and Friends of the Boundary Waters, want the mine stopped before exploration begins. They’re hoping the two-year review turns into a 20-year ban on mining in 234,000 forest acres.

Public comment on the issue is allowed until August 17.