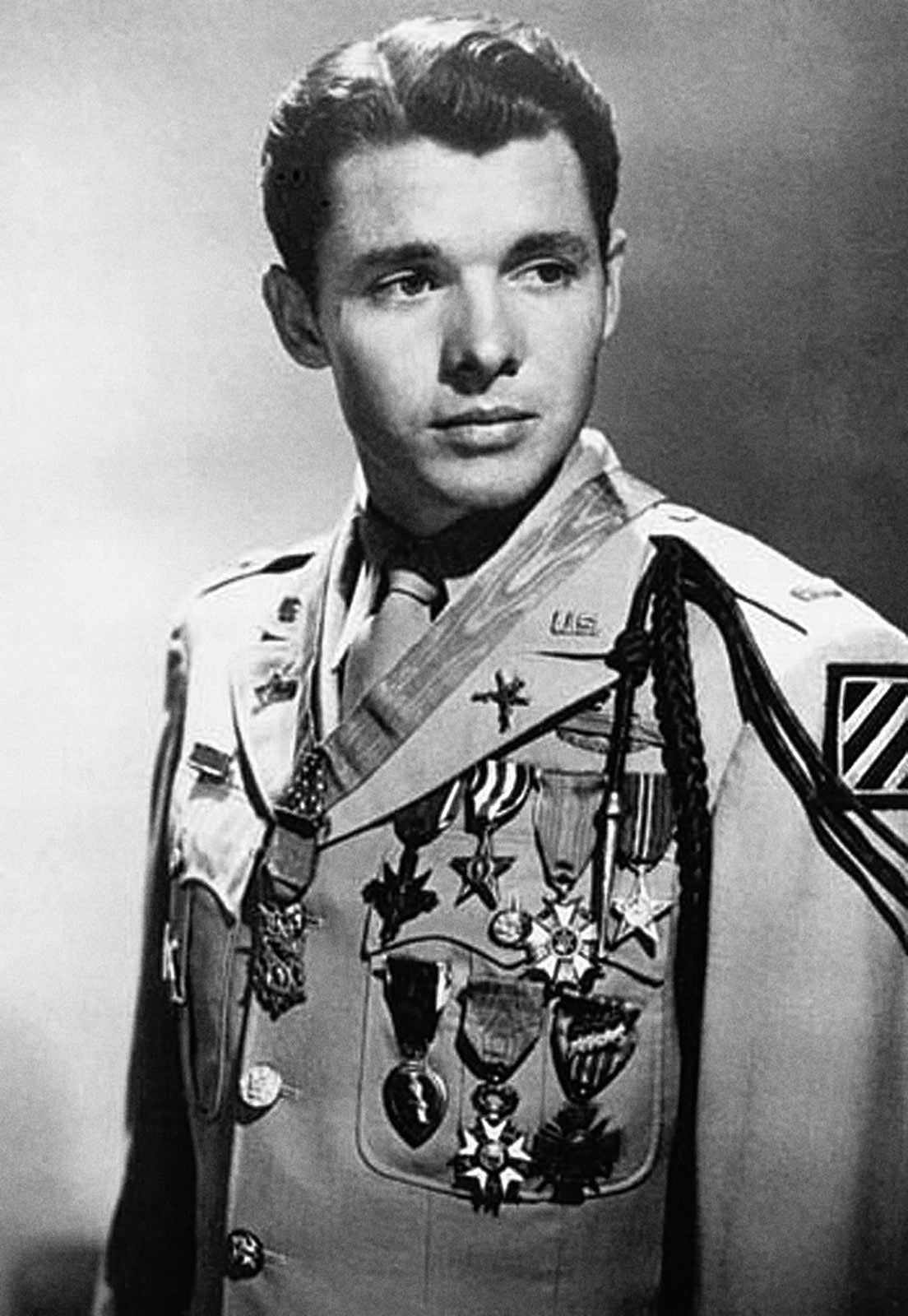 He was a Texan, and a child of the Great Depression. Born in 1925, he was one of seven children. His father deserted his family when he was a boy, and his mother died when he was sixteen. He dropped out of school in the fifth grade to chop cotton, and he kept his brothers and sisters from starving by shooting rabbits and squirrels.

When World War II began, he tried to enlist in the Marine Corps, the Navy, and the Army paratroops, but they beheld his 5-foot, 5-inch, 110-pound frame and said there was not enough there to work with. He tried the Army Infantry and, with an affidavit from his sister that falsified his age, was accepted.

He showed so little promise at first that his unit tried to make him a cook. He fainted after his first round of injections. His fellow soldiers nicknamed him “Baby,” and his commanding officers did their best to keep him from seeing combat, because they thought he had no chance at all. But he persevered, and his true nature emerged.

He was a born soldier. He was an expert shot, and fearless. He had that quality that the Army calls “command presence.” Men would follow him willingly in a fight. He walked with a stooped, hunched-over gait, sniffing for German cigarette smoke. When it led him to Germans, he killed them.

He was assigned to Company B, First Battalion, 15th Infantry Regiment, 3rd Infantry Division. With this unit, he would go on to fight in Sicily, Italy, France, and Belgium. He was promoted to corporal, then to sergeant, and ultimately to second lieutenant. He was awarded every medal that the United States Army can bestow for bravery, including the Medal of Honor.

He survived the war and, at the urging of the actor James Cagney, auditioned for the movies. He succeeded, and insisted that he was able to do so only because his directors protected him from situations where he would really have to act, as Gary Cooper did in High Noon, or John Wayne in The Searchers, or Alan Ladd in Shane.

Part of his film success came from the audience’s awareness that the slender, handsome actor on the screen was in real life a killer, and a braver man than any character he ever played.

His movie career lasted from 1948 to 1969. Almost all of his films were westerns. One exception is the 1955 film version of his book, To Hell and Back, his experiences in World War II. The movie was an enormous success, and he described making it as “…watching my friends get killed all over again.”

He carried the war with him. He was addicted at times to pills and alcohol, slept—badly—with a pistol under his pillow, and wept for the German orphans he’d created. He said: “No soldier ever really survives a war.”

On May 28, 1971, the weather did what the Germans could not. A small plane in which he was a passenger ran into a thunderstorm and crashed near Catawba, Virginia. Everyone on board was killed. At age 46, he would have no more nightmares.

He is buried at Arlington. Medal of Honor recipients who are interred there are entitled to headstones decorated with gold leaf, but he insisted that his marker be left plain, and so it was.

The only Arlington gravesite to receive more visitors than that of Audie Leon Murphy is that of John F. Kennedy.