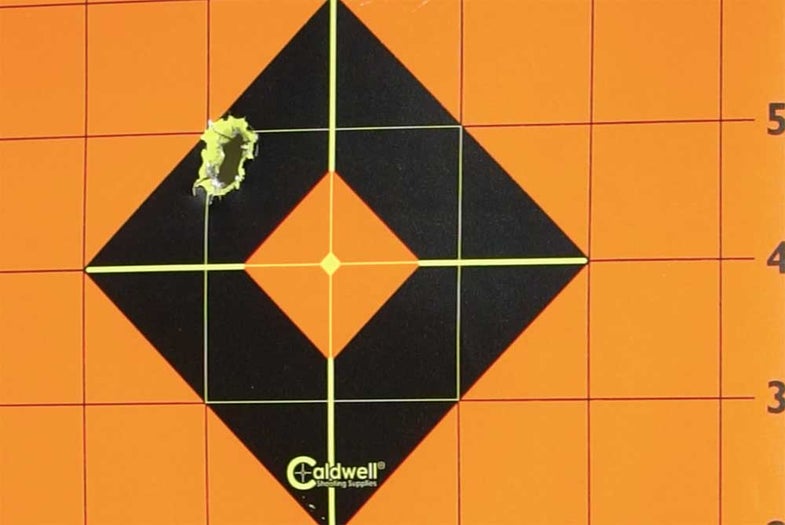 First, my thanks to Milldawg for the idea behind this blog.

My experience with accuracy-impaired rifles started even before there were Form 4473s, so it must have been prior to 1968. A certain company (which I won’t name because it has no bearing on what they are producing today) came out with a new cartridge, and I had to have one. The rifle itself, made by the same company, was a heavy-barrel model, and the first trip to the range was a disappointment. The thing would not group. I don’t mean it would not turn in groups that went under an inch*, it would not turn in groups.

But I was a handloader, and knew no fear, so I changed its diet…and changed…and changed it. And nothing worked. Finally, I got tired of living on porridge so I could feed the gun, and I sold it. I told the dealer to feed the rifle Alpo, because it was a dog.

Since then there have been others. Quite a few, in fact, over the years. Of them, all but a very few have been factory rifles. I can think of only a couple that were custom-made and which I had to let go because they were hopeless. It’s been a learning experience. Here’s what I’ve learned.

1. Rifles that can really shoot are almost always going to do so from the first time you pull the trigger. If you go to the range with a selection of loads, something is going to work. The gun may improve a bit as the barrel breaks in, but as a rule you’re going to know if you have a winner right away.

3. Don’t have unrealistic expectations. If you buy a big-game rifle that won’t print under 1-1/2 inches, don’t ask for your money back. As long as those groups are consistent, the gun will do everything you ask of it. If you want to hunt prairie dogs, it’s not unreasonable to expect 1/2-inch groups because prairie dogs are not nearly as big as deer.

4. If you do send a rifle back for lack of accuracy, don’t expect a tearful letter of apology and a new gun. The manufacturer has no idea what you’re shooting in it, or under what conditions, or how well you shoot. More likely you’ll get the rifle back with a chilly note stating that it’s been tested and meets the company’s accuracy standards and don’t bother us again.

5. If you handload, your odds of coping with a “hopeless” rifle are infinitely better. Eventually, due to your unlimited choices of powders, primers, bullets, and powder charges, you’ll probably find something that works. I’ve owned two rifles that I shot for months, and eventually they cooperated. They were just too nice to send back.

6. If a rifle won’t shoot, it can sometimes be cured with a new barrel. Sometimes. The downside is, getting a new and better barrel is a $600 proposition, which is the price of a new gun in some cases. Very seldom does a new barrel help.

7. You need to know when to cut your losses. As a rule of thumb, if you’ve checked out everything that can be checked out, and have shot up $200 worth of ammo trying to get a decent group, but have failed, it’s time to send that rifle down the road.

8. If you’re handing over such a rifle to a dealer, and you hope to do business with him again, tell him why you’re parting with the gun. Similarly, if you’ve gone temporarily insane and sell a tack driver, he should know that as well. It’s called honesty, and while it’s temporarily unfashionable, it’s a good idea.

9. Finally, if you get a rifle that really shoots, you never, ever, sell it because even in the present exalted state of the rifle-building art, there’s no guarantee you’re going to get another one as good again. Right now, I have half a dozen rifles that I haven’t used in a while and may never shoot again, but they’re not going anywhere.

* Back in those days, if you had a varmint rifle that would shoot ¾-inch, five-shot groups, you had one red-hot rig. And if it printed ½-inch, you built a shrine to it. Smaller than that was not in the cards.