A River Runs “Through the Apocalypse” 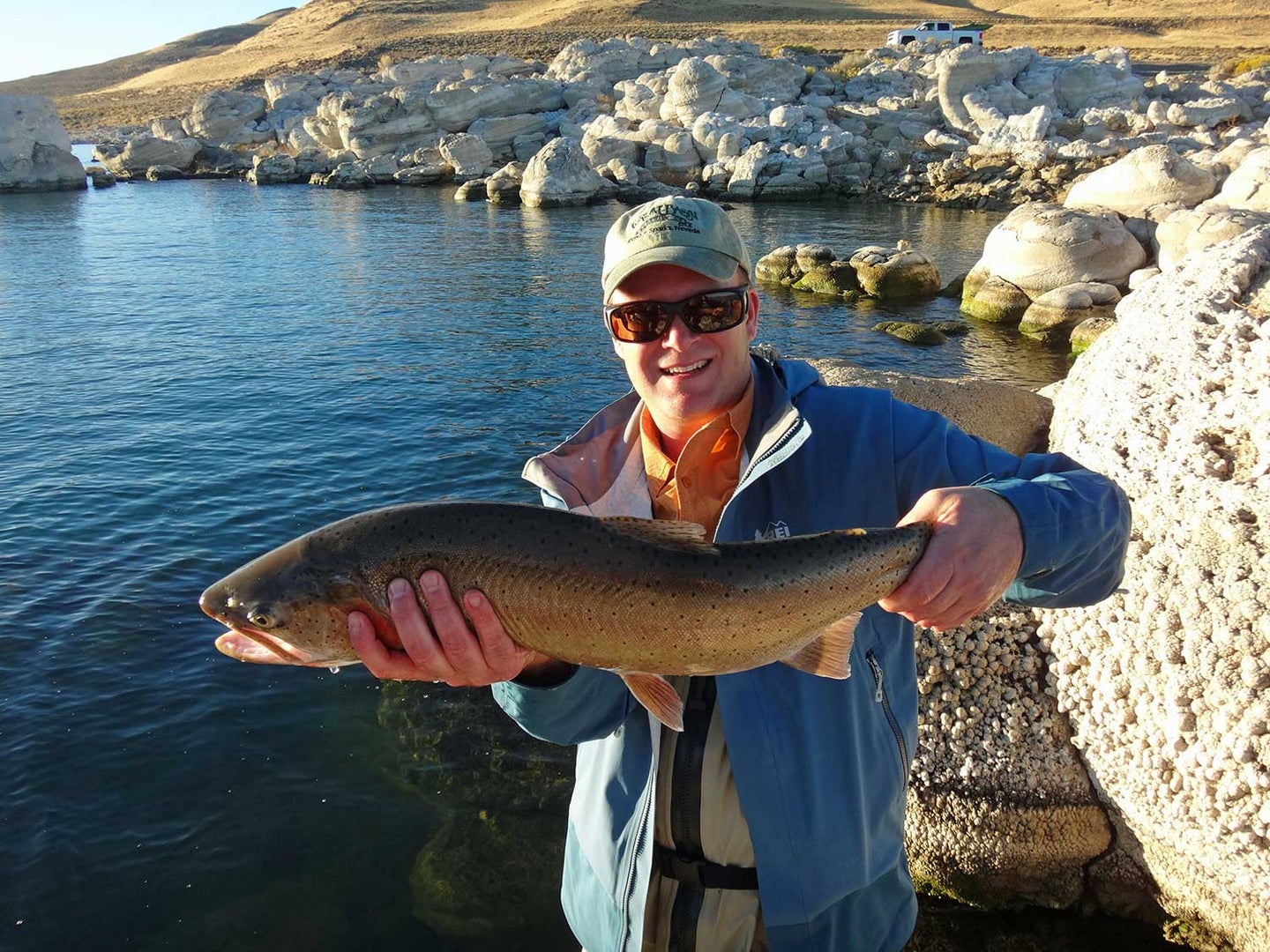 For author Matt Miller of Boise, Idaho, life is too short to be a fishing purist. His work as a writer on the environment and conservation takes him across the United States, and he fishes wherever he goes, for whatever is there, with whatever method, be it throwing carp heads under a big bobber for monster alligator gar, trying to net cisco on the freezing shores of Bear Lake in Utah, tossing nightcrawlers for exotics in stinking Miami canals, or swinging a willowy Tenkara rod with 8x tippet and a size 30 hook—yes, there is such a thing—for 4- to 6-inch chiselmouth (I’d never heard of them, either) on a whitewater creek near his home.

Like a lot of us, Miller just loves to fish. (By the way, full disclosure: I’ve known Miller for years. I’ve read his writing, worked with him on stories, and hiked Idaho’s canyons with him, as we talked fishing the whole way.) And as a professional science and environmental journalist of more than 20 years, he’s seen a lot of very worrying things. (Those nasty canals of inner-city Miami are only the beginning.) As he writes in the forward to his new book, Fishing Through the Apocalypse: “When you spend every day interviewing experts about the state of the world, you become acutely aware of Aldo Leopold’s warning that to have an ecological conscience is to live in a world of wounds.”

But thankfully for us readers, Miller simply has far too much fun fishing to complain or batter us with observations of all that has gone awry. He takes us along on a journey that begins in southern Idaho, fishing in hatchery-stocked ponds for the bizarre and glowing “banana trout,” a rainbow trout carefully bred for yellow coloration, and one that seems to grow faster and tolerate warmer water temperatures than our more familiar (but, as Miller points out, still carefully bred and usually stocked) rainbows. It is clear that Miller is a bit disturbed by the idea of a glowing fish, created and stocked for anglers. He writes: “Can we still delude ourselves that our hooks and lines connect us to the natural world? Can we even make that claim now, given our world of hatchery mongrels and mutants?” Still, he cheerfully fishes for them nevertheless—which many other anglers will understand, and appreciate.

After a foray into the world of hatchery fish, banana trout, and wild elbow-to-elbow combat fishing for just-stocked fish, Miller takes the edge off with an account of hiking into a tiny creek in the Thousand Springs region of Idaho and catching a unique strain of native cutthroats. “Nearly every cast resulted in a strike,” he writes. “None of the fish was larger than six inches. None was espececially wary. You might argue that it is harder to catch a banana trout. Still, for reasons that may be inexplicable, I return to this stream every chance I get. I’ve never felt the urge for more of the banana-rama.” He notes, earlier, of his approach to the native trout stream, “While many of the Thousand Springs have disappeared from the Hagerman Valley, and it’s hard to imagine wildness amidst the factory farms and irrigated fields, it’s still here. The wild heart of the region still beats, if you’re willing to look.”

This is, so early in the book, so clearly and finely written, the essence of the adventure: We may live in Aldo Leopold’s “world of wounds,” but the wild heart of the woods and canyons and rivers and all waters, still beats. What calls us to fishing is the wild heart that still beats in all of us. Faced with a coal-mine-wrecked Eastern creek still holding a sunfish or two, or a garbage-clogged Florida canal teeming with voracious Central American cichlids, Miller recalls the words of Chief Sitting Bull, during the bad old days after the American Civil War, when all of our wildlife looked as if it were going the way of the passenger pigeon: “When the buffalo are gone, we will hunt mice, for we are hunters and we want our freedom.”

It is difficult to choose which of the adventures in the book resonates the most powerfully, since anyone who reads it will come to the book with their own life’s experiences and subsequent biases. There are revelations here about bluegills and why some lakes can produce skillet-size fish while others seem doomed to never offer up a single fish larger than one’s hand. For those fascinated by monster sturgeon in mighty rivers, it might make you sad to know that you can pay good money to catch a 7-footer named Tony in a two-acre stocked pond. If you’ve ever eaten smoked eel at a sushi bar, or better yet, caught eels on a limb-line on a swamp river in Alabama and not known what they were (this happened to me), you’ll enjoy the chapter about fishing for eels on the once-fouled Potomac River within yelling distance of the Washington Monument. (Northern snakeheads also appear among the eels, mixing, as in life, the native and non-native, the urban and the wild.) But for me, who in my youth, went through a long phase—I’m not sure it is over—of being obsessed with catching very unsung little fish on tiny hooks—in my case, the darters and chubs and rosyside dace of my childhood-roaming territory in north Alabama—I was astounded to learn that there are many who share that obsession, and they have a name, and my friend Miller Miller is among them. That chapter is titled “Microfishing Mania Among the Lifelisters,” and the fishing and the characters who pursue it with single-minded doggedness make for fascinating reading. That chapter might even help many anglers feel normal. No matter how crazy you are about fishing, rest assured that there are those who are much crazier. Much, much more.

Miller’s book is a deep exploration of fishing in the 21st century, in a nation with the unique record of restoring more fisheries, cleaning up more waters, and having more citizens involved in more types of fishing than any other in the history of mankind. It is a celebration of sport and the science and conservation that makes it possible. The book is also a warning: To whom much is given, and we American fishermen have had the birthright of a smorgasbord of opportunity, much is expected. And the sad fact is that American waters are getting warmer and more polluted, and fishing opportunities are getting more limited for more and more of us. We are laying down on the job of protecting our heritage. From the pristine Kenai Peninsula where Miller fishes with his aging father, to the fetid garbage-clogged ditches in Florida’s industrial agricultural fields, where he meets four migrant workers fishing and having the time of their lives with castaway tackle, we may all be, right now, fishing through the apocalypse. As Miller’s book makes abundantly clear, there is still lots of fun to be had.