Opinion: Rolling Back the Clean Water Rule Would Be a Disaster for Sportsmen

We’re only two months into the Trump Presidency but sportsmen and other conservationists are already punch drunk. Hardly a day... 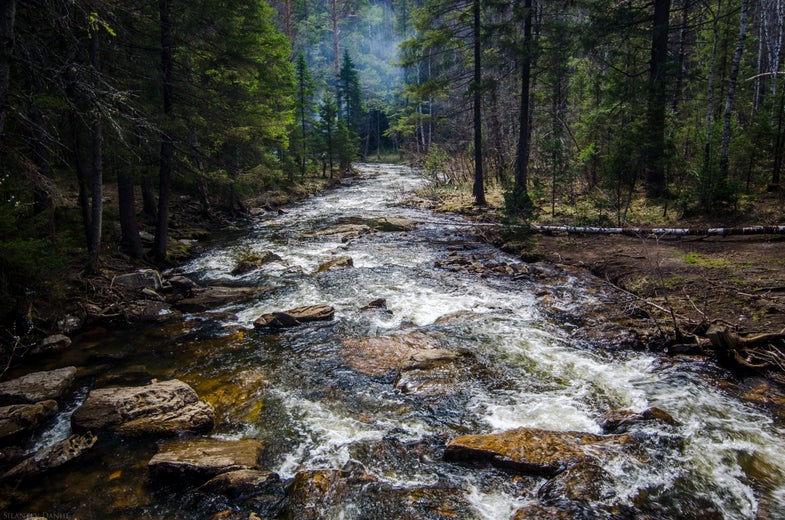 We’re only two months into the Trump Presidency but sportsmen and other conservationists are already punch drunk. Hardly a day passes without another blow to protections for fish, wildlife, and humans from the president and his GOP congressional enablers.

But the real haymaker came the week before when President Trump ordered his administration to begin rolling back the Clean Water Rule, an Obama Administration initiative supported by sportsmen, conservation groups, and public health officials.

It’s a brazen gift to some supporters that will hurt the majority of Americans—especially sportsmen.

With a sweep of his pen, Trump hopes to remove recently reinstated protections for more than 20 million acres of wetlands critical to a wide range of wildlife from trout to waterfowl, 60 percent of the nation’s streams, and the safety of drinking water for more than 100 million Americans.

To justify his action, Trump said the “horrible, horrible rule”—also known as The Waters of the U.S. rule—“has such a nice name, but everything about it is bad, “and was “one of the worst examples of federal regulation” and “a massive power grab.”

Nothing could be further from the truth.

In fact, it is one of the most publicly vetted, scientifically sound, careful examples of rulemaking in the nation’s history. It is so sound that Trump’s agency may spend years trying to dismantle it—and still fail.

To understand that claim, you need a brief history of how we got here.

The 1972 Clean Water Act included protections for wetlands because the nation finally acknowledged the important ecosystem services they provided. The agencies entrusted with that job, the EPA and the Army Corps of Engineers, almost immediately included in those protections isolated and seasonal wetlands—the prairie potholes, riparian areas, etc.—because of their connection to the wider health of watersheds and aquifers.

But that ended in 2006 when the Supreme Court sided with a developer named Rapanos, threw out regulations on isolated and temporary wetlands, claiming Congress did not specifically include those habitats in the CWA. The majority opinion said such wetlands could only be protected if a “nexus” existed between those and regular flowing waterways – the waters of the United States.

RELATED: The Imminent Death of the Waters of the U.S. Rule

The fix for fish, wildlife, and sportsmen seemed easy enough: Pass an amendment to the CWA including those wetlands. But developers and some in farming used their powerful financial support in congress to stop that effort.

The “nexus” rule led to 10 years of regulatory uncertainty and confusion, leaving 20 million acres of wetlands and 60 percent of streams open to destruction. That slowly came to an end when the Obama Administration began a years-long, science-based process to define exactly what the “waters of the United States” were.

An in-depth review of published research concluded there was a clear link between isolated and temporary wetlands and the health of nearby rivers and water bodies.

The carefully crafted new rule went out to lengthy public review, drawing more than 1 million responses—with the overwhelming majority in support. As soon as it was released in 2015, it instantly came under attack by the pro-development, anti-regulation factions in congress and states. The usual red herrings were trotted out about regulating ditches, puddles and farm ponds. And, of course, the old favorites: “federal land grab” and “vastly expanding protections.”

None of that is true.

In fact, CWA protections remain below what they were before the 2006 court decision.

As a Clean Water Rule fact sheet produced by a coalition of sportsmen’s groups points out, the new rule restates previous exemptions for:

And it explicitly excludes:

And the congressmen claiming businesses hate the rule are singing a false song as well. A poll showed that 80 percent of small businesses support clean water regulation.

Indeed, many hundreds of such businesses depend on healthy wetlands for the quality outdoors sports that provide their livings—and their employees their salaries.

So why is Trump doing this?

He is following the agenda laid out by the GOP congress, the same one they failed to complete during the Obama years, which follows this simple template: Make the environment safe for big business and energy development. Fortunately, laws currently in place require efforts to repeal or amend a rule to go through the same thorough, lengthy, evidence-based, publicly reviewed procedure needed to pass it in the first place. That gives sportsmen plenty of time to let their congressmen—and Trump—know exactly how they feel about his order.

And make no mistake: If you remain quiet, most of the nation’s duck breeding habitat and 60 percent of its stream sides will be open to the destruction.