Shotgun Tips: How to Shoot Quickly

The trick is to make haste with deliberation 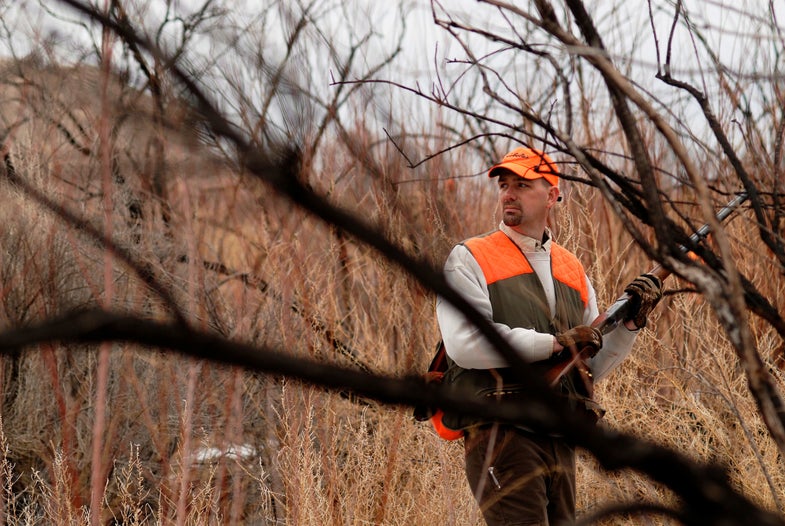 I have written before that speed is overrated in shotgun shooting. I’ll stand by that, with some qualification. Sometimes you do have to shoot quickly, but, as someone once said, the trick in shotgun shooting is to make haste with deliberation.

Years ago a young man who was a terrific shot, but not deeply experienced in the field, took me quail hunting. The dogs went on point along a fencerow overgrown with osage orange trees. The covey blew up in a gap between trees and quickly split to put branches between themselves and danger. I picked a bird on my side and shot as it went behind the brush. My friend never pulled the trigger. We stood there for a second, and single quail feather came drifting back on the wind.

The bird was lying dead in the beanfield across the fence. “How did you do that?” he asked.

“Grouse hunting,” I replied. “I’ve done this before.”

Shooting in heavy cover teaches you to be decisive, and it teaches you to ignore brush. Moving your hands quickly, however, tilts the odds toward missing.

When I hear a bird flush I’ll step toward the sound, and move the gun into a ready position, muzzle just slightly above horizontal. My eyes go up, to where my ears tell me I’ll see the bird. I don’t start the gun mount until I see the it. Whipping the gun to your shoulder then looking for the target only makes it harder to find the bird in the first place.

Your ears lead your eyes to the bird, then your eyes lead your hands. Once you see the bird and read its line of flight, you raise the gun, move it on the line of flight and pull the trigger. You may not actually see the bird when you shoot as it might have ducked behind a branch, but shoot anyway and send the dog. If you read the line right and mounted the gun smoothly on that line, you probably hit the bird.

A few years ago at a clinic with Gil Ash’s OSP school, Gil told me, “Most of what we do when we teach hunters is try to slow them down.”

He then put a stopwatch on me and had me mount the gun and shoot at a stationary steel pattern plate as quickly as I could four or five times. Then he told me to try again, concentrating on making a good, smooth move to the target. Shooting quickly, I put shots all over the 3’x3’ plate, and missed it completely once. Shooting smoothly, I centered every pattern in the same spot. The time difference between my fast move and my smooth move was .285 seconds. Grouse and quail fly around 25 mph – they look fast because they startle us, and they are flying in and out of cover. In .285 seconds a grouse can only fly about 10 feet. So, I can take a bad shot at x yards, or a good shot at x yards plus 10 feet. I like my chances at x+10.