So You Want to Kill a World-Record Whitetail?

Are you ready for the sudden fame, social-media backlash, and crazed animal-rights crowd? Stephen Tucker says it's all totally worth it. Here's how the Tennessee farmer's life changed after tagging the largest hunter-killed whitetail buck ever 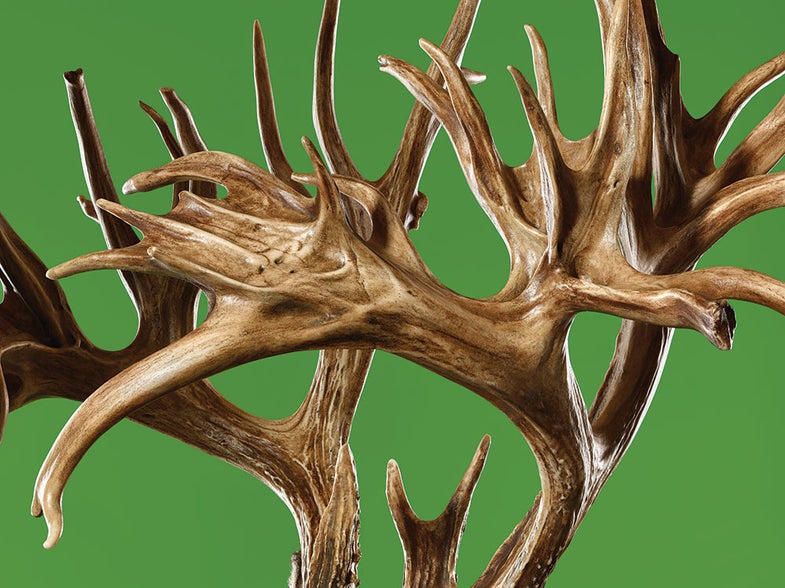 The Kicker: The Tucker Buck was panel scored at 312 even.. The Voorhes
SHARE

On the chilly morning of Nov. 7, 2016, Stephen Tucker followed a sparse blood trail into a creek drainage in Sumner County, Tenn. His muzzleloader was loaded and ready for another shot, but it wasn’t needed. The blood trail improved, and at the end of it lay a 47-point nontypical buck.

Tucker knew the deer was special. His brother-in-law suggested that it could even tbe a state record. By the next evening, Capt. Dale Grandstaff of the Tennessee Wildlife Resources Agency, an official Boone and Crockett measurer, green-scored the buck at 3082⁄8 inches. That would make it larger than the nontypical, hunter-killed record of 3075⁄8 from Iowa that had stood for 15 years. Grandstaff said to Tucker: “Put this rack somewhere safe. What you’re holding could be life changing.”

It was. Within 24 hours, the words world-record Tennessee buck leaked onto social media, and the quiet, 27-year-old farmer was hurled into a media frenzy and a whirlwind of online rumors, speculation, and scrutiny. More than a year has now passed since Tucker killed his buck. In this exclusive interview, he reveals in his own words what it’s like to kill a ­record-​setting whitetail in the modern, always connected age of deer hunting.

First time I saw the buck, I was on a tractor leaving a field where my uncle and I had been shelling corn. I knew it was a big deer, but I thought he had cornstalks or something caught in his rack. I didn’t realize it was all antler points until I got my first trail-­camera photos of him. I didn’t sleep for three nights after seeing those first pictures.

I waited until early November, when the Tennessee muzzleloader season opened, to hunt the buck. I thought the beginning of the rut was my best chance at seeing him in daylight. I set up a ground blind on the edge of the cornfield, and on opening morning he stepped out at 30 yards. I shouldered my muzzleloader, aimed, and … snap. The gun misfired. I thought I’d blown it for sure. But then two mornings later, he came out in the same spot, and this time the gun went off. [Read the complete story of Tucker’s hunt here.]

The moments after we recovered him were a blur. It was just an unbelievable feeling. We knew he was big, but none of us were thinking world record until Dale Grandstaff rough scored it. I didn’t realize then how crazy things were about to get.

That first week after I killed the buck was a whirlwind. My phone was ringing nonstop. Magazines, newspapers, and websites were calling and asking for interviews and offering money for my pictures. The stress actually made me sick—so much that it was hard for me to even go to work for a couple days.

Other than the Tennessean [newspaper], I didn’t give any interviews the first week. I didn’t want to jump into anything. The amount of attention was exciting and unreal, but I was nervous about it all, too. I ended up giving the story to Field & Stream, and it was picked up on CNN, USA Today, and Fox News. I was on the cover of North American Whitetail.

I’m not a big Facebook guy. I actually deleted my personal page, though I do have a page called “Tucker Buck,” where I post updates on outdoor-show appearances and story links. Honestly, social media was rough, especially in the beginning. For the first few days after I killed the buck, my buddies told me to just stay off Facebook because of things people were saying—­claiming the buck was high-fenced or poached. Once it made national news, animal-rights activists were sending me death threats. I didn’t respond to any of that stuff. I tried my best to ignore it.

It was crazy the number of people who thought that I sold the rack. Within a couple days, people were claiming that Bass Pro Shops or Cabela’s bought it for big money. Some of those rumors are still out there. Just the other day, I had a guy tell me that his nephew told him I’d sold the antlers for $300,000. I haven’t sold the antlers, and have never had an offer. I haven’t heard a word from Bass Pro or Cabela’s.

After the 60-day drying period, Boone and Crockett panel-scored the buck in Nashville. They started early in the morning and finished around three o’clock. Their final score was 312 3⁄8. I was all excited. ScentLok had invited me to the ATA [Archery Trade Association] Show in Indianapolis, and we jumped in the truck and headed that way, with me on cloud nine. I had the antlers with me, and all day at the show people were asking me about that final score. But then Dale Grandstaff called me and said he had some bad news. Boone and Crockett didn’t want to accept the score because they weren’t sure about the measurements on the palmated areas of the rack. They asked to measure it again.

The second time it was panel scored, Justin Spring from B&C’s Montana headquarters came out. He was a cool guy—and when they started adding it up, he said, “Stephen, you’re going to love me. I made this deer grow to 315!” But there was a math error adding up the score sheets. When they tallied it all up again—and checked it several times—it was 312 even. That’s the buck’s final, official score, 312. It won’t actually be recognized as the new record until the 30th B&C Big Game Awards in 2019.

People told me that Milo Hanson never worked a day in his life after getting the world-record typical. If that’s true, good for him. I must not have played my cards right. I got some endorsements, and I get to make some appearances at outdoor shows and expos. I got a new Knight muzzleloader out of it. But I still have to work on the farm every day. I saw a story not too long ago that said something like, “Hunter cashes dividends on Tennessee buck.” It made it sound like I got rich off a deer, which just isn’t true.

I remember the first kid who came up to me at an outdoor show, wanting an autograph. That was really cool. I never dreamed I’d be giving autographs or posing for pictures. Sometimes I want to tell people that just because I killed a big deer, it doesn’t make me a better hunter than anyone else. I’ve really tried not to let that stuff go to my head. I’ve probably done a dozen outdoor shows, and I really enjoy them.

The real antlers don’t go to the shows anymore. The rack is locked up in a vault. I have an idea of what it’s worth, and I can’t afford the insurance I’d need to keep it in my home. I have three replica mounts of the buck. I guess the real rack is for sale, for the right price, but for now I’m more concerned about keeping it safe. I don’t know what I want to do with it—but I’d like for it to be displayed somewhere people can see it and appreciate it. The deer deserves that.

The place where I killed the buck is gone. Right now, right where my ground blind was sitting, are track hoes and ‘dozers. That part of the farm was sold, and it’s being cleared for more houses. I knew it was coming. Still, to actually look at it—it’s sad.

This year, I’ve got a 230-inch typical on camera. [Laughs.] Not really. The biggest buck I’ve seen so far this year might score 140. I’d be perfectly happy with a deer like that, so long as he’s mature. I like picking out one mature deer and hunting him. It doesn’t have to be a giant. If anything, last year’s season taught me to be a better, more careful hunter. I’m obsessive about my trail cameras, scent control, and practicing with my bow—and my muzzleloader. I think muzzleloader season will always be my favorite.

I guess in this day and age, killing a world-record deer and all the attention it causes could actually make a person miserable. That’s almost hard to believe. I tried to keep this all positive and fun—and for the most part, it was. I wouldn’t trade the experience for anything.