Speak Now on the Changes to the Waters of the U.S. Rule 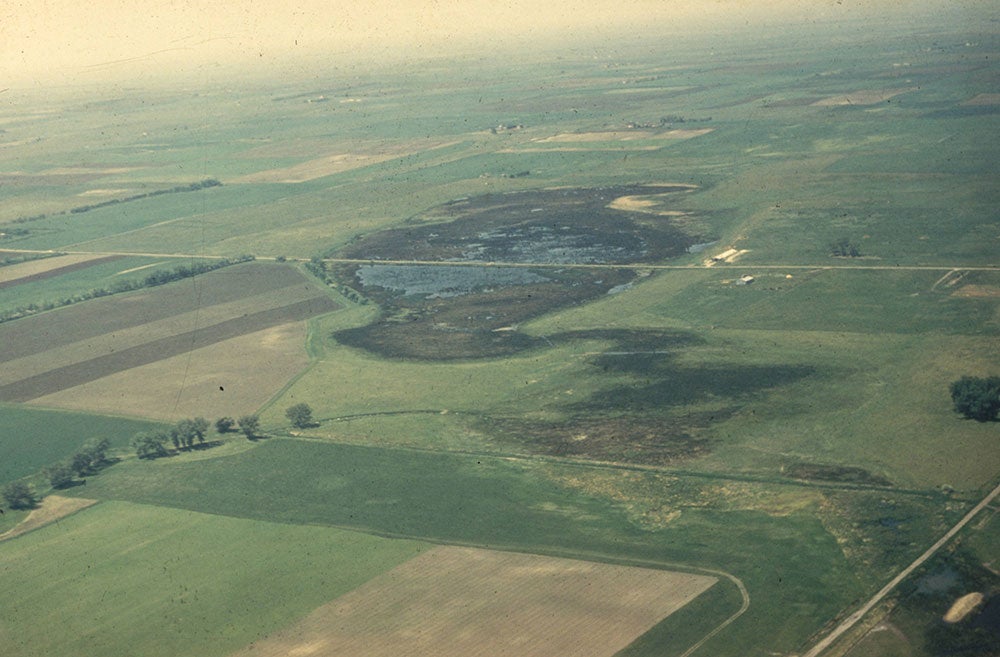 Speak out now for clean water, ducks, and fish, and maybe even the future of your nation. Hunters and fishermen have until April 15 to comment on the changes to the Waters of the U.S. Rule that President Trump’s administration is proposing. Almost every conservation group in the US is either:

B) Asking that anyone who is concerned with the future of water and/or hunting and fishing to send in a comment, asking that the rule, which tosses out protections for 50 percent of America’s remaining wetlands, and almost one fifth of all our creeks, be rewritten to reflect the importance of our water resources to hunting, fishing, flood protection, drinking water, rural economies, and wildlife.

A call to action from the Theodore Roosevelt Conservation Partnership can be found here.

A little background: For 40 years, ever since President Richard Nixon signed the Clean Water Act into law in 1972, the U.S. became the most successful nation in the world in cleaning up major rivers, lakes, and streams. The Clean Water Act, often described as one of the “boldest environmental laws ever enacted,” had two beautiful and simply stated goals: Zero emissions of pollutants into our waterways by 1985, and a restoration of as many of our waters as possible to a condition of “swimmable and fishable” by 1983.

Such language was unique in the history of attempts to clean up pollution and to hold polluters and other malefactors accountable for the damages they caused. It recognized for the first time that, while pollution was a threat to human health, property values, and rights, it was also an assault on something less immediately tangible—the quality of life that Americans expect as a birthright.

Polluters hated the Clean Water Act from the very beginning and fought against it tooth and nail. President Eisenhower did not support earlier versions of it because he believed strongly that states and other more local governments should be tasked with making and enforcing environmental laws. (Later, arguments in Congress by both Republicans and Democrats pointed out that water, which flows from state to state, and underpins the entire economy of states that have no control over its source, was an ideal resource to be regulated by the federal government.) President Nixon supported it, but vetoed it when he became alarmed at the cost. Congress ultimately voted to override Nixon’s veto with an overwhelming bi-partisan response.

For 40 years, we made fantastic progress in cleaning up our waters and restoring some of the greatest fisheries in the world. The Clean Water Act became a model for every nation that honestly wanted to do the same thing. In the wake of two Supreme Court decisions in 2001 and 2006 (known as SWANCC and Rapanos, respectively) that utterly confused the issue of which waters were actually protected under the Clean Water Act. (The Association of State Wetland Managers said this in a report to their members: “The Supreme Court decision known as SWANCC in 2001 has prompted a complex debate over the jurisdictional areas that are protected under the federal Clean Water Act.”) The Supreme Court never said that the waters in question—from isolated wetlands and prairie potholes, where 50 percent of all American waterfowl breed, to the myriad tributary creeks that make up all navigable waterways—should not be protected. It is painfully clear that one cannot have a river without tributaries, or an aquifer without wetlands to recharge it, or, for that matter, clean water without buffers to filter pollutants. The Court simply decided that, as written, the original Clean Water Act did not apply to those waters.

The Rapanos case, which resulted from a felony conviction of developer John Rapanos for filling in 22 acres of wetlands to build a mall in Michigan, was anything but clear-cut—and neither was the Supreme Court decision. After ruling for Rapanos, Chief Justice John Roberts severely criticized the U.S. Army Corps of Engineers for never clarifying which waters were protected, even after the Court demanded that they do so after the SWANCC decision of 2001. Even though he won his case, Rapanos agreed to pay a fine of $150,000 and spend $750,000 to mitigate for the wetlands he destroyed.

Nobody seemed to know, really, what was covered by the Clean Water Act, beyond it prohibiting somebody from running a pipe into a major river and dumping whatever poison deemed too expensive to haul off to the landfill that day. Hundreds of thousands of acres of wetlands were in question, as well as tens of thousands of miles of smaller creeks (again, nobody was claiming that a navigable river, which remained protected, was not made up of unprotected tributary creeks or that the water from unprotected wetlands was not important to rivers). The result of trying to clarify all this confusion was the 2015 Waters of the U.S. Rule, issued by the Environmental Protection agency in 2015, which sought to clarify, as closely as possible, which waters are protected under the Clean Water Act. The 2015 Waters of the U.S. Rule was developed over the course of years—through more than 400 stakeholder meetings, and with a 200-day comment period. The 2015 Waters of the U.S. Rule re-established the protections of tributary creeks—some seasonal streams, and some of the wetlands covered before the Supreme Court’s rulings in SWANCC and Rapanos. The rule basically did exactly what Supreme Chief Justice Roberts had asked: clarify what the Clean Water Act does and does not protect.

The 2015 Waters of the U.S. Rule had the support of just about every conservation and angling group in America. More than one million people commented on the proposed rule, with 87 percent being in support. The rule helped protect the drinking water supplies of an estimated 117 million Americans. Eighty-three percent of hunters and fishermen were in favor of the clarified protections, which would help slow the loss of crucial prairie potholes in the so called “duck factory” of Minnesota, Montana, and the Dakotas, as well as protect the seasonal creeks that make up the watersheds of the iconic trout rivers in the arid West. Eighty percent of small business owners polled were in support of the 2015 rule.

But it was not to be. The Waters of the U.S. Rule had some very powerful opponents, all of whom were flush with the victories over the Clean Water Act represented by SWANCC and Rapanos. Since the Rapanos decision in 2006, it seemed, these interests had been committed to stopping any new protections for America’s waters. And these interests were flush in other ways, as well. In 2017, I wrote, “the agribusiness industry, which adamantly opposed the Waters of the U.S. Rule, spent $126,242,202 lobbying for its causes in 2016, making it one of the most powerful lobbies in the world.”

The campaign against the 2015 Waters of the U.S. Rule followed no standards of truthfulness. Claims were made that the rule would allow the federal government to “regulate the potholes in your driveway.” Claims were made that it would end agriculture and logging and mining once and for all. The Farm Bureau ran the most intensive counter-campaign in its history, a campaign called “Ditch the Rule!” claiming that the 2015 rule would regulate farmers’ ditches, despite the fact that the rule specifically exempted those very ditches from regulation, as Bob Marshall wrote here.

All in all, the orchestrated campaign against the 2015 Waters of the U.S. Rule was a precursor to the tsunami of “fake news” that would sweep over the U.S., and which remains with us today.

President Trump vowed from his earliest days in office to get rid of the Waters of the U.S. Rule, calling it “a disaster” and “very destructive and horrible” and “a massive power grab” and a “horrible, horrible rule.”

With record-breaking floods throughout the Midwest tied to a decade of filling and draining wetlands, record-breaking agricultural-runoff water pollution events related directly to the channelizing of tributary creeks and loss of wetlands (losses have increased 140 percent since 2006, the first time we have seen increased losses since the 1980s—the Clean Water Act worked), drinking water supplies of millions of citizens from eastern Minnesota to Iowa and around Lake Erie contaminated by nitrates and other pollution, it seems a very strange time to push for a massive scale back in protecting America’s water resources.

And please don’t tell me that the states will immediately step in to protect us. Thirteen states filed suit against the 2015 Waters of the U.S. Rule, and not a single state in the U.S. has the regulations already on the books to do what that rule would have done. If the federal government could not stand against the might of the anti-water protection lobby, do you believe that your state legislator will do so? Your county commissioner?