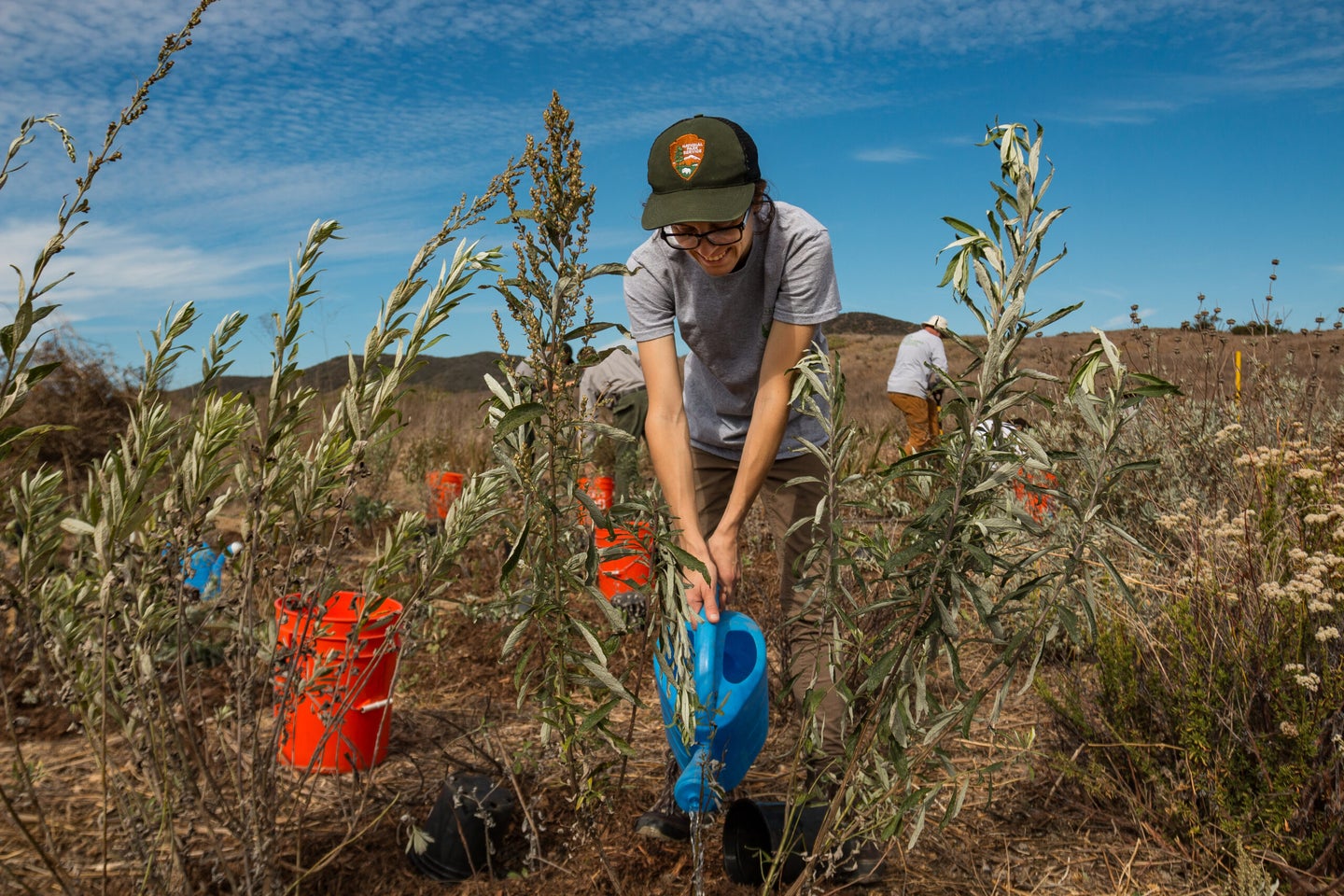 This article was created with Re:wild as part of Recurrent‘s charitable partnerships initiative, which supports non-profits that champion sustainable solutions for the planetary crises of climate change, pollution, and biodiversity loss.

Discovering a Wi-Fi hotspot can feel like a lifeline when you’re in need of a connection. Our planet is craving hotspots too, now more than ever—Biodiversity Hotspots, that is. These vital regions are defined by their exceptional diversity of plant and animal species, many of which are found nowhere else in the world. Biodiversity Hotspots are irreplaceable, and our planet is left with just 36, making them more of a lifeline than any Wi-Fi hotspot you might encounter.

What’s so special about California?

Just under 50 miles from Los Angeles, Santa Monica Mountains National Recreation Area (SMMNRA), the ancestral home of the Chumash and Tongva people, is one of these extraordinary hotspots. The park ecosystems support native species like Mountain Lions, vulnerable California Red-legged Frogs, and an endangered sunflower found nowhere else in the world. This hotspot, known as the California Floristic Province, spans the golden state along the entire Californian coastline. This coastal region—with its hot, dry summers and cool, wet winters—provides an ideal habitat for numerous plant and animal species to thrive.

“California is the most biodiverse state in the United States, even more so than Hawai’i,” says Joseph Algiers Jr., a restoration ecologist with the National Park Service. “Over a third of the plant species that occur in the Biodiversity Hotspot of the California Floristic Province occur there, and nowhere else in the world.”

Researchers now estimate that a mere quarter of this irreplaceable place remains intact. After decades of ranching and more recently, urban development, drought, and fires, the entire hotspot is at risk. Take the Santa Monica Mountains, for example: despite the establishment of the national recreation area in 1978, the region remains threatened by massive fires that continue to grow in intensity due to climate change. Within five years of each other, two fires scorched this mountain range, the Springs fire in 2013 (24,238 acres) and the Woolsey fire in 2018 burned half the Santa Monica Mountains (over 21,000 acres of National Park Service land). These flames changed the Santa Monica Mountains on an unprecedented scale.

“I’ve been living in this area pretty much my whole life,” says Max Tepper, National Park Service volunteer. “I grew up in these mountains, on these trails. This is my backyard. The 2018 Woolsey fire hit really close to home. We got evacuated and I saw places that I had been going to my whole life burn to the ground in a matter of minutes. I hold these places close to my heart, so being a part of their recovery is important to me.”

In 2021, Re:wild and social media company Snap, Inc. teamed up with the National Park Service to help restore this unique Biodiversity Hotspot. Areas scorched following the devastating wildfires will be replanted with 100,000 native trees and plants. Over a two-year period these restoration efforts will improve soil health, limit the extent of future wildfires, bolster climate resilience, and establish habitats to attract native wildlife to the region.

“Rewilding the ecosystems of the Santa Monica mountains will not only ensure Los Angeles residents are able to continue to enjoy the wild so close to home but will also help support one of the planet’s few remaining biodiversity hotspots,” says Mary Brown, Re:wild manager of conservation partnerships. “Collaborations like this help to support both human wellbeing and curb biodiversity loss.”

This rewilding effort will be the largest restoration project in SMMNRA, with most of the work being done by volunteers dedicating just a few hours of their time to help the National Park Service.

“I’ve been with the park now for 16 years and I’ve been working with volunteers since I started, but I’ve been blown away by the power of volunteers for this project,” says Algiers. “These dedicated folks truly appreciate the urgency of the work we’re doing to protect the Santa Monica Mountains.”

Already this initiative has planted over 50,000 native plants. But doing so isn’t as easy as throwing seeds and hoping they grow. National Park Service staff and volunteers first prepare the land by mowing the area and using augers to drill the holes, then they carefully transplant seedlings, ensuring they are protected from the weather and hungry herbivores. Of course, this is all followed by plenty of watering and weeding to encourage healthy growth.

“It all starts with the plants,” says Algiers. “Once you put the plants in, they’ll bring the beneficial microbes to the soil community, they’ll attract the right insects that end up attracting the right predators and the whole suite of different birds that eat those insects. That translates up to the snakes, Bobcats, and the Mountain Lions that we’re trying to protect.”

Respecting the heritage of the Santa Monica Mountains

For thousands of years and still to this day, the Santa Monica Mountains sustained the Chumash and Tongva/Gabrielino Indigenous cultures. Sycamore Canyon, which cuts through the Santa Monica Mountains National Recreation Area, was part of a Chumash trade route. To reflect this heritage, the National Park Service in partnership with the Friends of Satwiwa established the Satwiwa Native American Indian Culture Center and Natural Area located at Rancho Sierra Vista, one of the key restoration sites supported by the Re:wild partnership.

“I think it’s important to understand that the Santa Monica Mountains consist of land that was violently removed from many Indigenous peoples across the region,” says Oliva Parra, biological technician with the National Park Service. “We need to go into these spaces with respect and humility that we have access to places that other people who are ancestrally connected may not have the same access to. We must appreciate that these ecosystems developed alongside Indigenous peoples.”

Rewilding for people and nature

Together with this collaboration, we are seeking to restore this unique ecosystem so this Biodiversity Hotspot can continue to serve as a lifeline and refuge for people and wildlife.

“Our health is strongly tied to the health of our environment,” says Algiers. “It means so much more that the people who live in these areas are coming out and improving their own natural areas. Their work is impacting not only them, but reverberating down through future generations.”

Re:wild protects and restores the wild. We have a singular and powerful focus: the wild as the most effective solution to the interconnected climate, biodiversity, and human wellbeing crises. Founded by a group of renowned conservation scientists together with Leonardo DiCaprio, Re:wild is a force multiplier that brings together Indigenous peoples, local communities, influential leaders, nongovernmental organizations, governments, companies, and the public to protect and rewild at the scale and speed we need.