Five Things You Want From a Waterfowl Gun

The environment in which waterfowlers enjoy their sport is not for the faint-hearted. 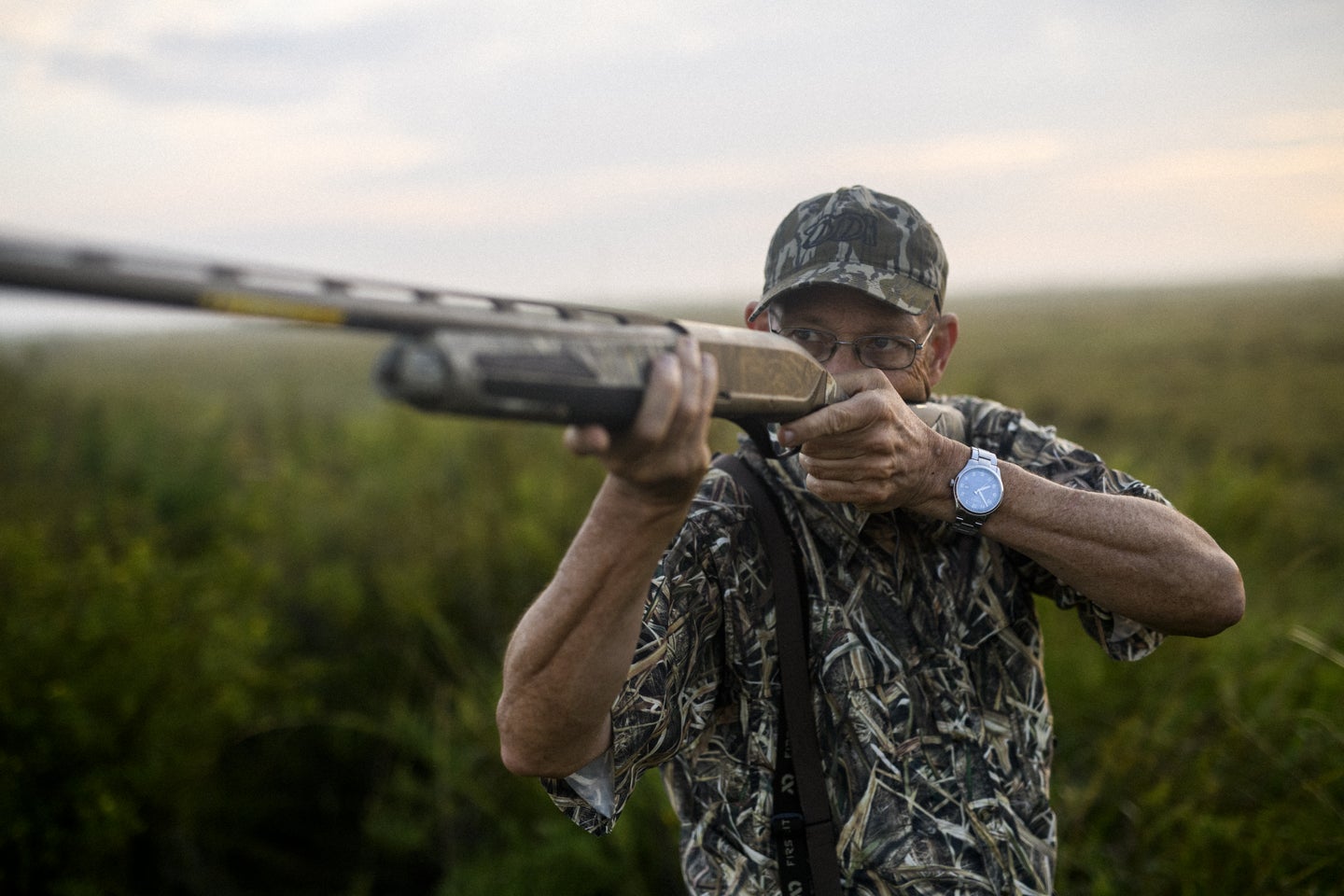 The environment in which waterfowlers enjoy their sport is not for the faint-hearted. The best days often require a hunter to endure bone-chilling cold while sitting in an unheated blind. And let’s talk about the mud—the kind that can literally suck the boots off your feet as you put out hundreds of snow goose decoys before retiring to layout blinds where you lie under a leaden sky, watching an approaching flight slowly circle, each pass just a little bit lower, until the guide yells, “Take ‘em!” At which point you bolt upright and begin to fire.

The shotgun for this type of hunting needs to be of a design that readily comes to shoulder and swings easy; it needs to be a reliable cycler of different sizes of ammo; it needs to be durable and operate flawlessly no matter the weather conditions. And, yes, recoil should not be a factor, either, because if all goes well, you’ll be pulling the trigger a lot.

So, leave the pretty sides-by-sides that work so well in the grouse woods at home. Here, you need an autoloader, such as a Browning Maxus II.

Here are five features that make this shotgun a great choice for waterfowling.

1) Gas Operation. The Maxus II is a gas-operated semi-auto shotgun. An inertia-driven autoloader uses a robust spring activated by the recoil of each shot to cycle the gun. A gas-operated shotgun, on the other hand, uses the gases created by the ignition of the powder in the shell to do the same thing. The new Power Drive Gas System in the Maxus II has been designed to outperform other shotguns. This system features large exhaust ports that bleed off gases faster on heavy loads, which helps reduce recoil. At the same time, the piston has a longer stroke (approximately 20 percent) for superior reliability with light loads. In addition, a patented all-new enclosed seal design keeps powder residue out of the action for cleaner, reliable operation.

2) Fast Lock Time. The Maxus II also features the proven Lightning Trigger, which boasts the fastest lock time of any autoloader in its class. The trigger has been designed to offer a smooth, crisp feel with minimal travel. And with a lock time that averages only 5.20 milliseconds, the Lightning Trigger is 24 percent faster than the nearest competing autoloader. As a bonus, the trigger assembly is easily removable for fast, easy cleaning.

3) Recoil Enhancement. A new SoftFlex cheek piece and the 1 1/2-inch-thick Inflex Recoil Pad combine to further reduce felt recoil and ease the sting of those 3 1/2-inch magnum goose loads. Inflex Technology is more than just a mass of recoil-absorbing material. Using the concept of directional deflection, Browning has built an internal skeleton into the pad. When you fire the Maxus II, the pad collapses like many other pads. But instead of simply moving to the rear, directional ribs pull the comb down and away from your face for even greater shooting comfort and faster follow-ups.

4) Ergonomic Design. Overmolded rubber panels, which help improve your grip in all conditions, have been added to the stock and forearm. The stock and forearm also have been redesigned to be more comfortable. To fit an even broader range of shooters, the stock is now able to be easily trimmed up to 3/4 inch. The ergonomic design also extends to the oversized bolt handle and enlarged bolt release. Both offer positive operation in all weather conditions, and the larger size of each makes it much easier for a hunter to operate the controls while wearing thick winter gloves.

5) Speed Loading. Browning’s patent-pending feeding system sends the first shell loaded into the magazine directly into the chamber. But the Maxus II also has Speed Load Plus. That “Plus” in Speed Load Plus helps makes unloading just as easy. Some autoloaders can be unloaded only by the repeated working of the action in order to chamber, and then then eject, shells one at a time. The speed unload feature makes emptying the magazine fast and easy, without having to do this. The Maxus II is available in five versions, three of which wear camo. Whatever model you choose, you’ll be assured of top performance whether you’re in a muddy field or on a Sporting Clays course. Browning.com