Both Park'd and FN Outdoors are streaming on Fox Nation, and veterans, law enforcement, and military personnel can get a year subscription for free 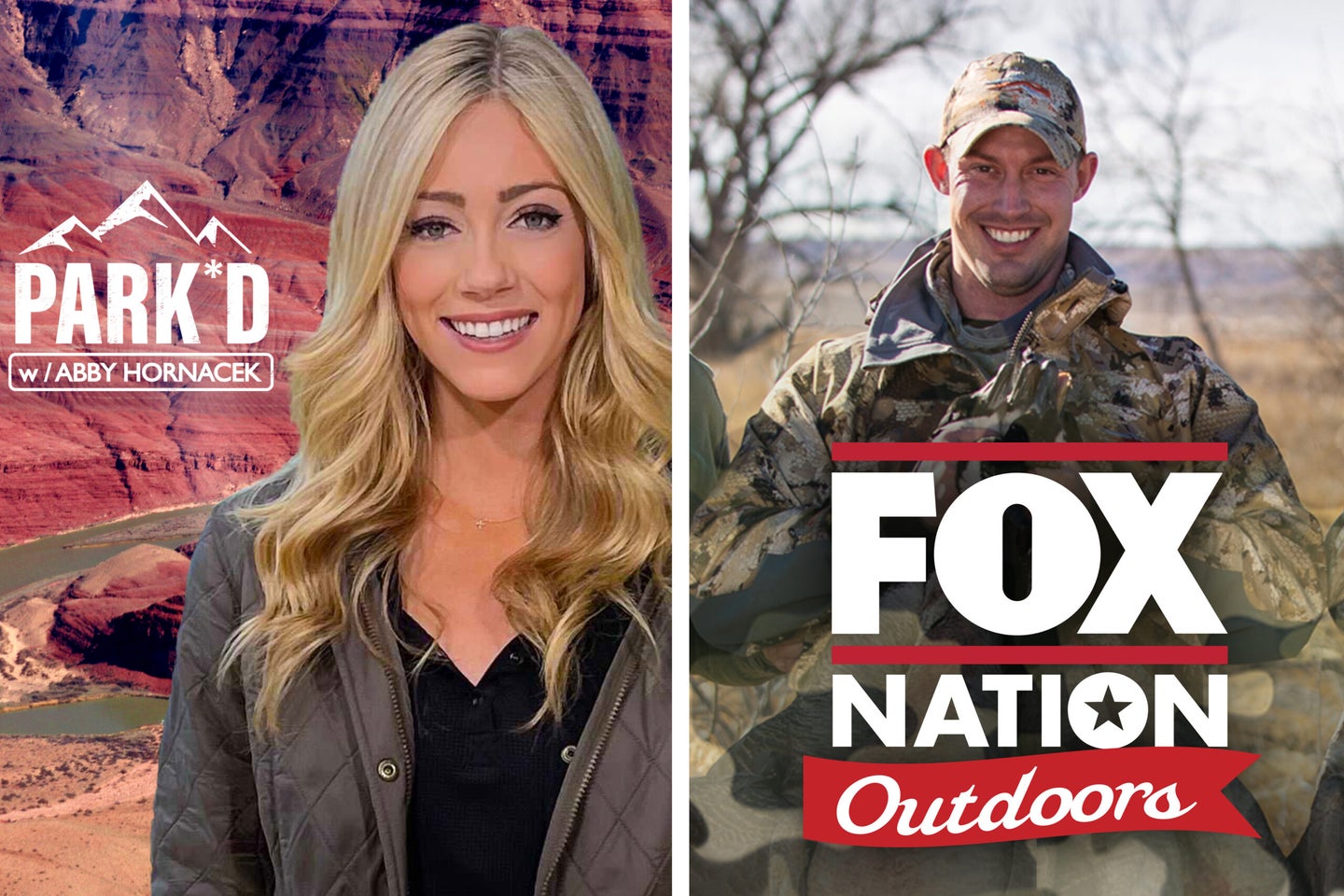 Park'd and FN Outdoors are both on Fox Nation. Fox Nation
SHARE

Fox Nation streaming service is moving into the world of outdoor and adventure programming in a big way this year. Alongside true-crime dramas like Cops, Scandalous, and the library of Nancy Grace investigations, you can now stream all seasons of Hero Dogs, Park’d, and Fox Nation Outdoors. Even better news is that right now law enforcement professionals, veterans, and military personnel can get an entire year of streaming absolutely free.

If you haven’t had a chance to dive into their exciting content yet, you’re missing out.

Hero Dogs documents the stories of some of the most famous (and infamous) working dogs in recent history. Such as Sgt Stubby, a Boston Terrier mutt who was smuggled overseas by an American corporal in WW1 and served in 17 separate battles, was wounded twice, and officially promoted to sergeant, surviving the war and living out his life in well-earned retirement. Stubby’s career was so incredible that after his death he was preserved and donated to the Smithsonian Museum so future generations could learn about his role in the American war effort.

There are also the more recent exploits of Lucca, a German Shepherd-Malinois military working dog assigned to a US Marine Corps dog handling team during the Global War on Terror. During her incredible career, she deployed to both Iraq and Afghanistan, conducted over 400 combat patrols, and successfully detected thousands of pounds of explosives and munitions. Directly responsible for saving the lives of countless thousands of service members, her career ended in 2012 during a patrol in Afghanistan when she lost a leg to an IED explosion. Luckily her handler was able to perform treatment and stabilize her until a MEDEVAC arrived. Lucca went on to live with another marine until her death in 2018 at the ripe old age of 14.

For the globetrotters out there, FN Steaming also has all 5 seasons of Park’d, following the adventures of Abby Hornacek as she travels to exotic destinations both local and abroad. Viewers’ horizons are broadened with trips to the Great Smoky Mountains, Guadalupe, Biscayne, and the Grand Canyon, just to name a few.

For the true nature and recreational enthusiasts, every episode of Fox Nation Outdoors is now available as well. Fans will get to follow along with host Johnny Jones as he goes on memorable two-day hunting trips with some notable names, including Ted Nugent, Randy Couture, Kurt Busch, and even retired USMC General Walter Boomer. Needless to say, some of these celebrities are more prepared than others!

Jones is a former marine who lost both his legs to an IED in Afghanistan. Rather than let his injuries define his life, Johnny embraced his difficulties and went on to found the non-profit Boot Campaign, and became heavily involved in supporting the post-9/11 veteran community. While a lack of mobility may have kept many people out of the woods, Johnny chose to go the other way, using FN Outdoors to highlight not only the issues facing our veterans today, but showing that nothing can prevent you from enjoying a full and robust outdoor experience. His humility makes the show all that more appealing as you watch Johnny interact with his guests while hunting deer, quail, moose, and more with all types of in-season weapons. A new take on an old format, FN Outdoors alone makes Fox Nation streaming a must-have for the fresh-air enthusiast in all of us.

And did I mention that right now vets, active military, and law enforcement professionals can stream every episode of Fox Nation Outdoors, along with the entire programming line up absolutely free for one year, no strings attached?

So do yourself a favor and check out Fox Nation streaming service today. You can thank us later.

This article was sponsored by Fox Nation