Preseason Prep: Help Get Your Dog Mentally and Physically Ready for Hunting Season 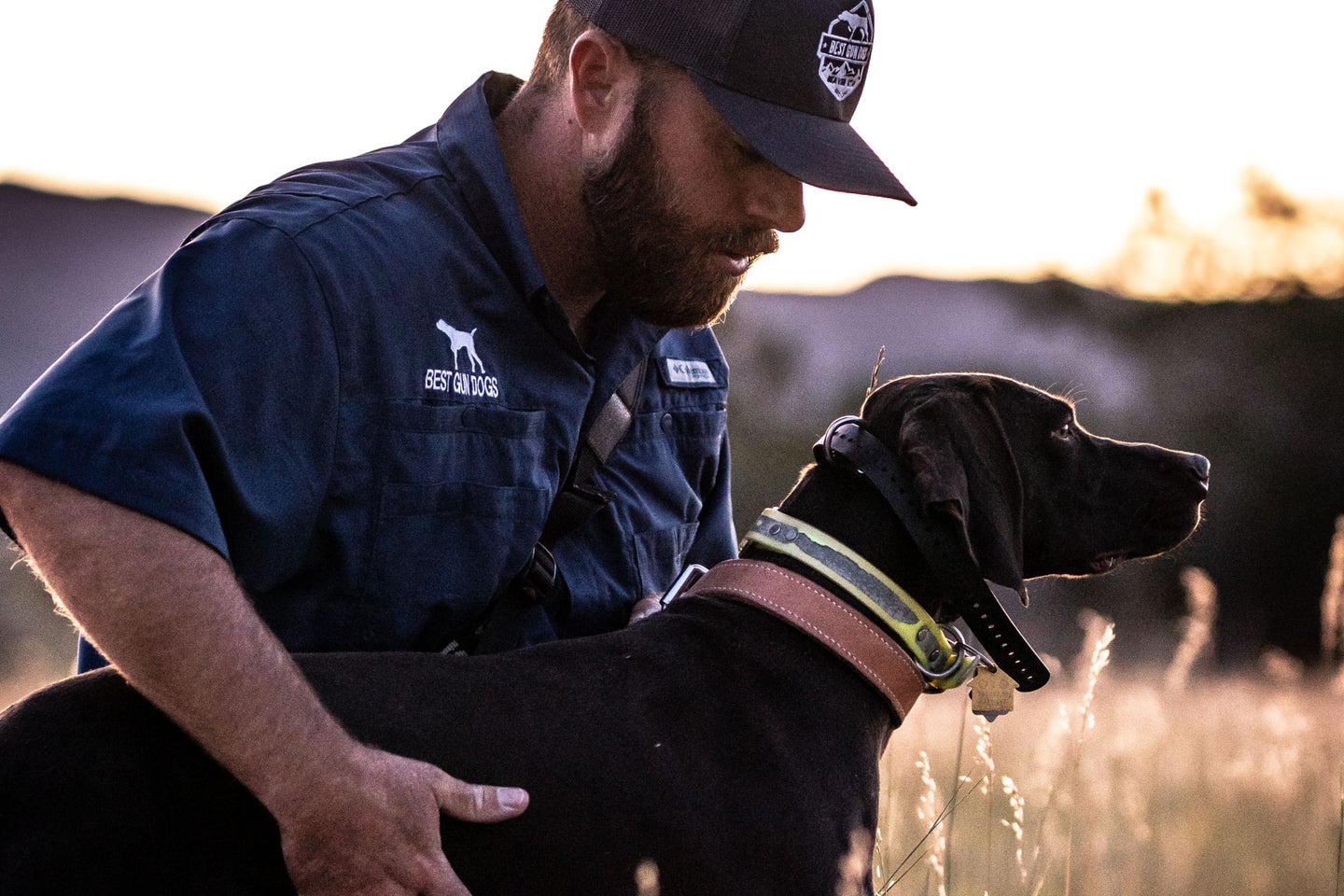 Jared Moss trains in the early part of the day which is also the coolest time. Eukanuba
SHARE

The dog days of summer, kids’ baseball games, lake time, and other kinds of warm-weather fun can make it easy to forget about working our hunting dogs. Gun dogs can also quickly adapt to a life of leisure in the sedentary off season.

If you want a top-notch gun dog come hunting season, you have to make time for conditioning and training during the preseason. Training and conditioning your dog now will pay big dividends on Opening Day. Here’s how to get it done safely.

One way to work around the summer’s heat and humidity is to train your dog early in the morning, when air and terrestrial temperatures are at their lowest. Jared Moss of Utah’s Best Gun Dogs says, “We start preseason training in early July and start super early in the mornings to catch those cool temps. That’s when we road our dogs with a UTV at a really slow pace.” Moss starts with a slow pace of 6 miles per hour and continues with a long-slow-distance approach.

“The first trip out of the gate, the dog is at a trot, not a full run,” he said. “The pace should be slow and short, with the goal of helping to condition their pads and strengthen their muscles. I like the longer, slower approach, because it helps keep dogs healthy. If you stay at that same speed, you’ll help reduce the chance of an injury like a torn pad or muscle pull.”

When in Doubt, Swim

Roading, especially for bird dogs and hounds, is the most efficient way to condition dogs. That said, high summer temperatures—especially if coupled with high humidity—can make roading difficult. The alternative is swimming.

Chris Akin of Webb Footed Kennels in Jonesboro, Arkansas is a fan of swimming his dogs. Swimming is a low-impact resistance exercise that can help keep a dog cool while getting him in shape. “You’re going to need 8 to 12 weeks to get a dog in shape,” Chris says, “and I suggest doing a lot of swimming. You can take one bumper, one guy, one dog and just throw long singles. It’s a great way to help get a dog in shape.”

Another way to condition dogs in the water is to incorporate ponds into a training setup. Akin mixes land with water, and that means the dog winds up swimming to get to a bumper that is on land.

Water work during the cool times of the day is a big help. Surface water that has warmed during the day doesn’t cool down dogs as much as that cooler, morning water. “Get out of bed and go early,” Akin says, “and always be conscientious about the dog and the impact the exercise is having on him. When he’s taking a break, give him plenty of water to drink and rest him in a shady area with lots of air flow.

“Never load him up in the box when you stop, because he’ll overheat in a small space, so always give him time to cool down first. Our gun dogs don’t know the word ‘quit,’ so their safety is our responsibility.”

When to Increase the Work

Just as you wouldn’t attempt a marathon after a week of just running around the block, don’t expect your dog to perform midseason workloads soon after coming off the couch. Start slow and maintain consistency to build endurance and get muscles back into shape. Pay attention to your dog, he’s likely to tell you when he can take more work.

“In the beginning, the dogs will be right there near you and they will tend to want to stop and rest in the shade,” says Moss, who starts roading dogs at a distance of 1.5 miles. “When they’re not wanting to quit, and stop looking for shade to rest in, that’s your cue to increase your distance and time slightly and incrementally. That usually happens around day 10 to 15 or so. We start off pretty short and build slowly over the months to eventually reach 5 to 7 miles.”

Work on the Little Things

Off-season training isn’t just about physical conditioning—it’s also about getting your dog mentally ready for the season. Incorporate behaviors and attitudes you expect from your dog into regular training sessions.

Obedience and steadiness are two traits to train for. Focus on sit, stay, heel, here, backing, and all the other little things you expect in the field. Use a chain gang, and the dogs waiting their turn will learn from the one at work. Even better is to ask a dog to sit and stay in the shade while you work a different dog. That dog sitting in the shade is learning the lesson of steadiness.

Introduce dogs to situations they’ll encounter during hunting season. “If you hunt from a ground blind, you can train with that all year long. Regardless of your command—be it kennel, place, or whatever—use it and work on it. In the field is not the place to train that stuff,” says Akin, adding that your dog needs exposure to and understanding of expectations for everything he will encounter during a hunt.

“Make sure your dog is used to riding in trucks, boats, UTVs, and other vehicles associated with hunting. Practice working on walking ramps, looking out, familiarity with the blind, how to use it, where to go get a retrieve, and where his spot is in the blind, pit, or wherever you’re hunting. You need to do that before the season starts.”

A high-fat, high-protein diet can help fuel your working dog for the rigors of hunting season. Consider your dog’s diet and caloric intake and balance these against his activity level and environmental conditions. If you’re training hard or will start preseason conditioning in July or August, consider feeding a performance diet designed for his activity level. It can take a dog’s body 8 to 12 weeks to adapt and train to use the increase in dietary fat found in performance diets.*

Whether you’re hunting or training hard, your dog’s diet is an important factor. “Performance nutrition is huge when you’re talking about these dogs,” says Moss. “They’re working hard and burning a lot of calories, and a performance diet gives them the energy they need, along with the nutrition to help with recovery.”

Performance nutrition, conditioning, introductions, and drilling foundational expectations for your hunting dog during the off-season heat will pay huge dividends later on in solid days afield, and will help keep your four-legged hunting buddy safely running longer, farther, and harder in pursuit of game.