A Sportsman’s Life: The Quicksand

There is always hope—even when hope seems out of reach 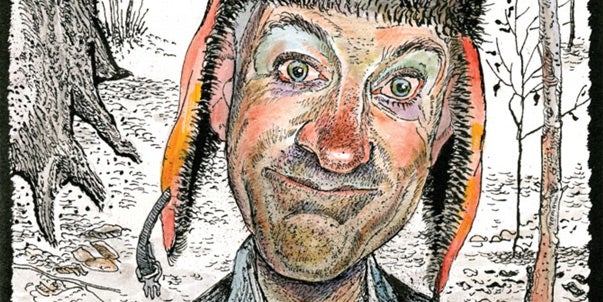 A while back, I was the guest of an Arkansas deer club whose members were still reeling from the suicide of one of their own two years earlier. Barry’s death had exploded the lives of everyone who loved him. Time had blunted their grief but hadn’t brought understanding. His best friend, Mike, found the body on the floor of the box blind and gave the dead man CPR until an EMT physically pulled him off. Mike was still haunted by Barry’s last words, the ones they always said before a hunt. “Good luck out there today. I love you.” Mike couldn’t make it compute. How does a man erase himself and abandon his friends forever as casually as if stepping outside for a smoke?

I didn’t feel like it was my place to say so at the time, but I knew how. Clinical depression and I have been on a first-name basis for most of my life. I know it for what it is—​a lethal trickster and diabolical alchemist. I know how depression leaves you incapable of taking pleasure in anything, slingshots you beyond any notion of hope. Worse, it convinces you that you deserve to feel these things. And, like Barry, I knew how a depressed person can—​through an incredible act of will—​put on a mask of normalcy to show the outside world.

I write pretty openly about my life on this page. But it’s only now that I share this, and only because it might help somebody else who’s suffering in silence and isolation realize that he’s neither unique nor alone. Help and hope do exist. We pay lip service to the idea that depression is nothing to be ashamed of. But too many people still believe you could snap out of it if you’d just pull your socks up. I wouldn’t wish clinical depression on anyone. But three ­minutes of it and you’d know that it’s as real as a gunshot wound.

Mine struck in my early 20s. I never saw it coming, didn’t recognize it when it did. I didn’t know that depression is to sadness as cancer is to the common cold. Sadness is a reaction to something, an emotion. It may be one hell of a slog, but you can get through it. Depression is an illness, often related to a chemical imbalance in the brain. It doesn’t even need a trigger. It’s like weather. It just shows up. One day, the bottom drops out of the elevator. Your bathroom floor turns into quicksand. You come down with the worst flu you’ve ever had. But instead of fever and chills, you’re beset by unimaginable guilt, shame, and an overwhelming sense of worthlessness.

Your altered brain believes these distortions. You should loathe yourself. You are weak. Oh, and one other detail. “This isn’t something happening to you,” depression whispers to you constantly. “It’s who you are, have always been, will always be.” Then, as the quicksand reaches your chin, depression unveils its ultimate seduction. There is a way to stop the pain. Suicide, once unthinkable, becomes not just possible but logical. At my worst, I remember standing on a subway platform, feeling the column of cool air pushing ahead of the inbound train, thinking how two steps forward would end the suffering. I couldn’t tell you what stopped me. I guess I wasn’t done fighting that particular day.

A few months back, I was fishing the Potomac with a guy I know only casually, one of the best all-around outdoorsmen I’ve ever met. He’s a loner and supremely capable. I’m not sure why he thinks well of me, but I treasure the fact that he seems to. This day, I noticed him staring at the water as much as casting. That surprised me. I knew little about him, but I sensed the colors under which depression travels. The vacuum of emptiness and despair. We weren’t tight, but we were friends. I realized that maybe this was the one place I had more experience. And that to say nothing would be a betrayal of that friendship.

I kept fishing, not looking at him, and told him my story. How it had taken too long for me to recognize my depression. The full horror it had visited upon me. My certainty that if anyone had seen the real me, they couldn’t have gotten away fast enough. I told him about the subway platform. That acknowledging my depression had been the hardest thing I’d ever done but had likely saved my life. How seeking help had shown me that I wasn’t alone, that hope was real.

And then, for once, I shut up. Twice Tommy started to speak, choked it back. Finally, he croaked the words, “How long?” Almost 40 years now, I said. “How’d…​you get through?” Therapy, medication, and a few close friends. The shadow never went away but could be controlled. But that’s just me. Short-term depression is, thankfully, far more common than the chronic form. Friends were maybe the most important thing. Two or three guys who—without ever saying it—had promised to stick by each other through whatever came. Battling depression is neither cheap nor easy. But it beats the hell out of the alternative.

Neither of us said anything after that. But he started fishing again, steadily and focused, the way I’d always seen him fish. And, in the space of five minutes, our young friendship had become bulletproof. Hope, I thought, really is a miracle. And it’s as real as the river itself.