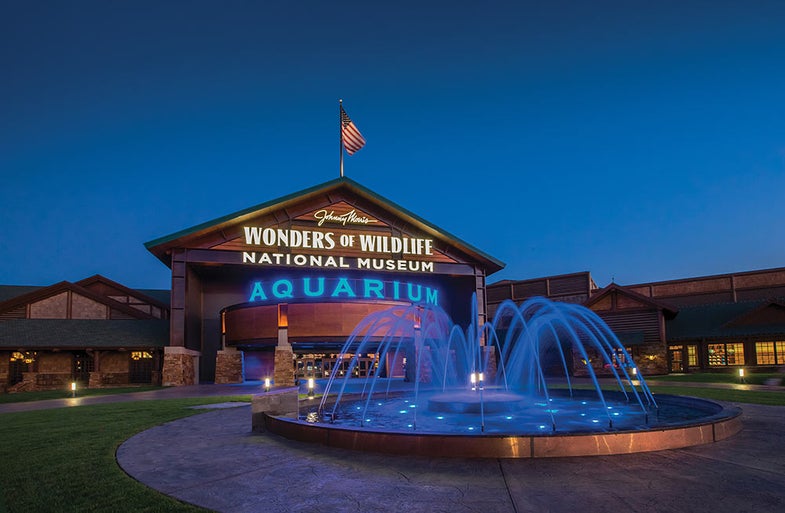 In April 2016, I lucked into an early, sneak peek at Johnny Morris’s Wonders of Wildlife National Museum and Aquarium. Back then, there was still construction going on and some of the exhibits had not yet opened, but what I did see was simply amazing. For starters, the whitetail and other big-game trophies on display were jaw-dropping—absolute giants. But what was most impressive was attention to detail in the taxidermy and dioramas. Nearly two years later, I still remember one particular full-body whitetail mount that had frost around its nose, and when you see some of the more over-the-top exhibits, such as the polar room or “Sheep Mountain,” you feel like you’re in another world. And then there were the aquariums, full of freshwater and saltwater fish, big-gamers and panfish. It was all a little overwhelming—in the best possible way.

Needless to say, I was blown away by the place, and I was not at all surprised when it was voted as “America’s Number One Best New Attraction” by USA Today. “We are honored that Wonders of Wildlife has been voted America’s Number One Best New Attraction,” Bass Pro Shops founder Johnny Morris said. “This recognition is a tribute to hunters, anglers and conservationists everywhere whose significant contributions have been protecting our nation’s fish and wildlife for generations.”

If you’re looking for a cool new place to visit, it’s hard to go wrong with the Wonders of Wildlife. Till then, here’s your own sneak peek at the museum.