With Haaland now leading the Department of the Interior, here are a few issues outdoorsmen and women will want to pay attention to 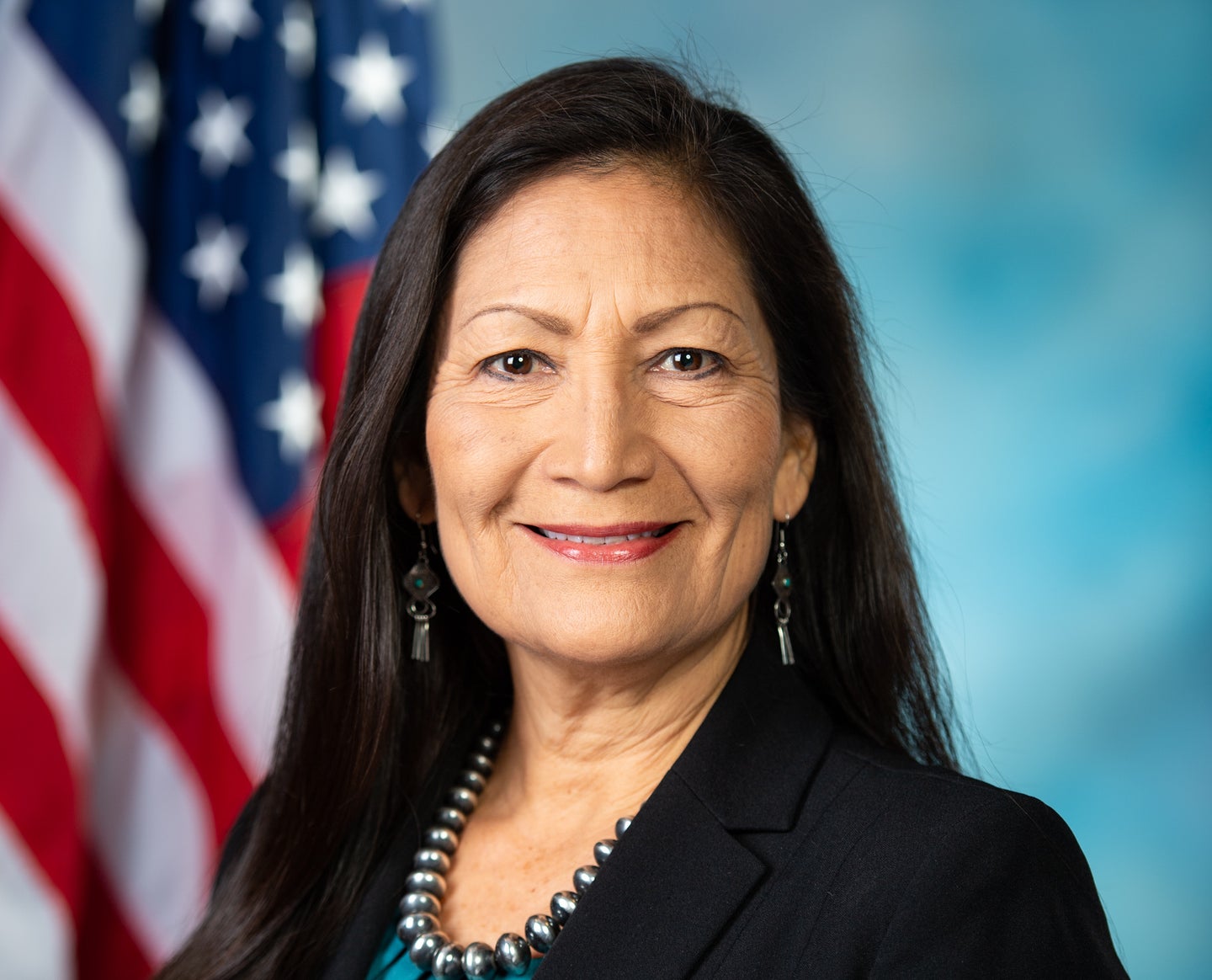 Haaland faced tough questions for two days in a hearing conducted by the Senate Energy and Natural Resources Committee, ranging from oil-and-gas leases to public land access and grizzly bears. Despite opposition from committee members whose constituents depend on oil and gas and mining, Haaland received enough support from the committee, and members of the Senate, for confirmation.

“While we certainly have different views on some issues, her role in helping to shepherd the Great American Outdoors Act through the House will be beneficial to the Department’s implementation of this landmark conservation law, which I co-sponsored,” Sen. Susan Collins (R-ME) said in a recent press release.

In a March 11 address to the Senate, Sen. Joe Manchin (D-WV), Chairman of the Senate Energy and Natural Resources Committee, said “I look forward to working with her to protect our public lands and ensure the responsible use of all our natural resources in a bipartisan manner.”

Who is Interior Secretary Haaland?

In contrast to the previous Interior Secretary, David Bernhardt, Secretary Halaad has been historically opposed to fracking and oil and gas drilling. However, during her hearing, Haaland recognized that fossil fuels still play a major role in this country and will play a role for years to come. In her opening address, she pledged to “work my heart out for everyone,” including oil and gas workers, ranchers and farmers, and those who live in communities that suffer from pollution.

Haaland also does not have anything like the private-sector ties of her predecessor. She grew up in a military family and attended 13 different public schools during her childhood. Her father served as a U.S. Marine in the Vietnam war and received a silver star. As a single mother, Haaland had to rely on food stamps from time to time, and she put herself through college. She is one of the first Native American women to be elected to Congress.

How Does Interior Secretary Haaland Feel About Hunting and Fishing?

Haaland grew up around hunting and fishing. In a document released by the Senate Energy and Natural Resources Committee containing written questions from members and Haaland’s answers to those questions, she wrote, “I am a Pueblo woman. We have been hunting wild game for centuries. My dad, my grandparents, my brother, they all hunt. In fact, I was fortunate to harvest an Oryx from the White Sands missile range. It fed my family for about a year. I absolutely understand and respect the sportsman and the anglers and their traditions. If confirmed, I look forward to working to ensure that all Americans have the kinds of opportunities that my family and I have had.”

Leading up to her confirmation, Haaland met with and had the support of conservation groups and members of the outdoor industry. In that meeting, Land Tawney of Backcountry Hunters and Anglers (BHA) had a chance to get to know her and see what it might be like working with her in the future.

“She offers a strong and knowledgeable vision for the Interior Department, a vision that is informed by her earliest experiences with her family on public lands and waters and on successful hunts in the West,” Tawney said in a BHA press release. “She is approachable, capable, and a bridge-builder.”

While in the House of Representatives, Haaland introduced legislation to protect wilderness areas and create easier access to the outdoors to a broad range of people. In her new role, Haaland would be seeing over the implementation of the Great American Outdoors Act (GAOA) and the Land and Water Conservation Fund (LWCF). Groups feel that she will be supportive of both.

What About the 30 by 30 Plan and Access to Land for Hunting and Fishing?

Haaland is a supporter of a recent executive order that seeks to preserve 30 percent of America’s lands and waters by 2030. While this sounds great for habitat preservation, the details of how the plan will be implemented are still unclear. This is leading some to question whether hunters and anglers would have access to preserved lands. But with Haaland at the DOI, conservation groups are optimistic.

Some have criticized the 30 by 30 plan as a federal land grab, but statements around the plan show the goal could be achieved through a patchwork of public and private land. Haaland says that existing public lands would count towards the goal and some groups speculate short-term “habitat leases” on private land could help as well.

Haaland indicated in a written response to a question from Sen. Cindy Hyde-Smith (R-MS) that the 30 by 30 plan would take a science-based approach to preserve land and be “respectful of private landowners, Tribal Nations, and existing user groups like hunters, anglers, farmers, and ranchers.” While she didn’t offer many specifics in her responses to questions around the plan, hunting and fishing groups do hold some sway in her decision-making process which could mean more access for hunters and anglers going forward.

“[Haaland] looks at the hunting and fishing community as an important constituency that is there to help move conservation priorities,” Tawney says. “I think when it comes to 30 by 30, one of the things that we brought up [in our meeting] was around refuge expansion and more opportunities on refuges. The last three administrations have increased hunting and fishing opportunities on National Wildlife Refuges. We think there is still some work that probably could be done there.”

Rep. Young’s (R-AK) early support of Haaland is another indication that she will be sympathetic to hunting and fishing on federal land. In his introductory statement, he said, “I love to hunt. And I want her to understand that a lot of these lands that were prohibited [for hunting] might be accessible for the management of fish and wildlife. I will say, I think she, as a friend and a member of this administration, will do a good job. She will work for us, and she will reach across the aisle.”

Haaland’s Views on the Endangered Species Act and Grizzly Bears

One issue that came up during Haaland’s hearing was the Endangered Species Act (ESA) and her views on grizzly bears. As a member of the House, she co-sponsored legislation in 2019 that would place permanent federal protections on grizzlies in the Lower 48. This has garnered criticism and sharp questions from Senators who live in states with grizzly bears.

Hunters are hopeful that Haaland will take a different approach as the Interior Secretary. Grizzlies have been protected in the Lower 48 for almost 50 years and population estimates indicate that they crossed the threshold of recovery just over 15 years ago. With a steady rise in population since then, human-bear conflicts have increased—leading many to feel that criticism against Haaland for her past views on this is warranted.

Taking grizzlies off of the ESA and letting states manage grizzly populations could curb bear-related conflicts while generating revenue through the sale of hunting tags. Delisting grizzly bears would also go a long way to show that the ESA works as a science-based management tool for conservation.

Going forward, Haaland says that she’s going to listen to the science when it comes to the ESA. In an answer to a question from Sen. Steve Daines (R-MT) about why she supported the 2019 legislation, she said that she would take another look at the issue and work with the states when it comes to bears. Haaland’s track record does show otherwise, and it’s hard to say at this point what she will do, but her role as Interior Secretary would be different than that of a member of Congress, and she may act differently than she has in the past.

Read Next: Why The Great American Outdoors Act is Such a Big Deal

What’s Next for Secretary Haaland and the DOI?

Haaland inherits a DOI that has been plagued with controversy and scandal for the past four years. From Zinke’s resignation to the appointment of an anti-public-lands advocate to head up the BLM, the DOI has been at the center of heated debates regarding responsible energy extraction and habitat conservation. The Department has also experienced a loss in personnel as a result of a recent move of the Bureau of Land Management from Washington DC to Grand Junction, CO. Haaland will need to bring the DOI back together and figure out a way for its various branches to collaborate.

Haaland will also have to implement a policy transition from energy dominance to one of energy innovation. President Biden’s agenda calls for a step away from relying on fossil fuels and a move towards alternative energy sources like wind and solar. Haaland will have to implement these changes without taking jobs away from oil and gas workers and produce clean energy without affecting the environment. If done right, this could mean a workforce of skilled former oil and gas employees transitioning to jobs that improve wildlife habitat on public lands and waters.

“I think that she has her hands full,” says Tawney. “But I also think that people are looking at this as a new day and an opportunity to get back to the work that they were doing before. There are a lot of career Interior people who, I think, felt very discouraged over the last few years. Hopefully, they see this as a chance to raise innovative ideas and bring a culture of serving back to the Department of the Interior.”