How to Make Ramen with Venison Shank Meat

It’s fine to use the instant noodles here, but the rest is made from scratch 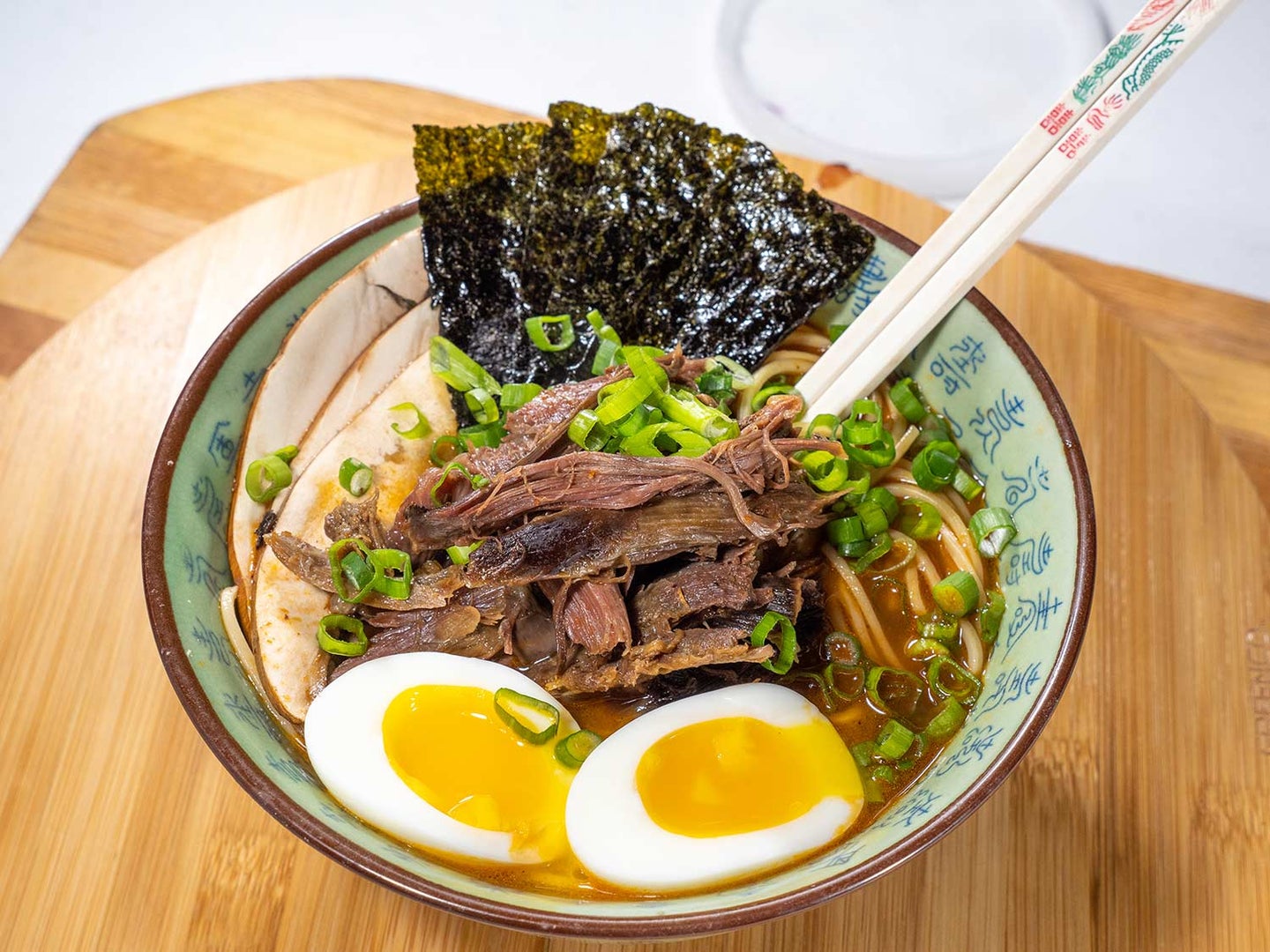 Every bowl of ramen is different—but every bowl of ramen is also kind of the same: Each has a rich broth, usually some combination of meat and vegetable toppings, and, of course, ramen noodles. While there are a few common threads, recipes and ramen styles vary, because cooks make their own versions based on what is available to them. And if there is one thing a lot of deer hunters have available to them, it’s deer shanks.

If you happen to still have some shanks in your freezer that you haven’t yet run through the grinder, you need to try this recipe. Shank meat works perfectly here. Not only is the meat tender and delicious, but the cartilage from the bones thickens and enriches the flavor of the liquid they’re cooked in, which makes for the perfect ramen-broth base.

While this recipe is more complex and time-consuming that zapping a pack of instant ramen in the microwave, it’s still relatively simple and calls for ingredients that most folks shouldn’t have trouble finding.