Some of these top sportfishing destinations saw few anglers last year. In 2021, they’re back open for business 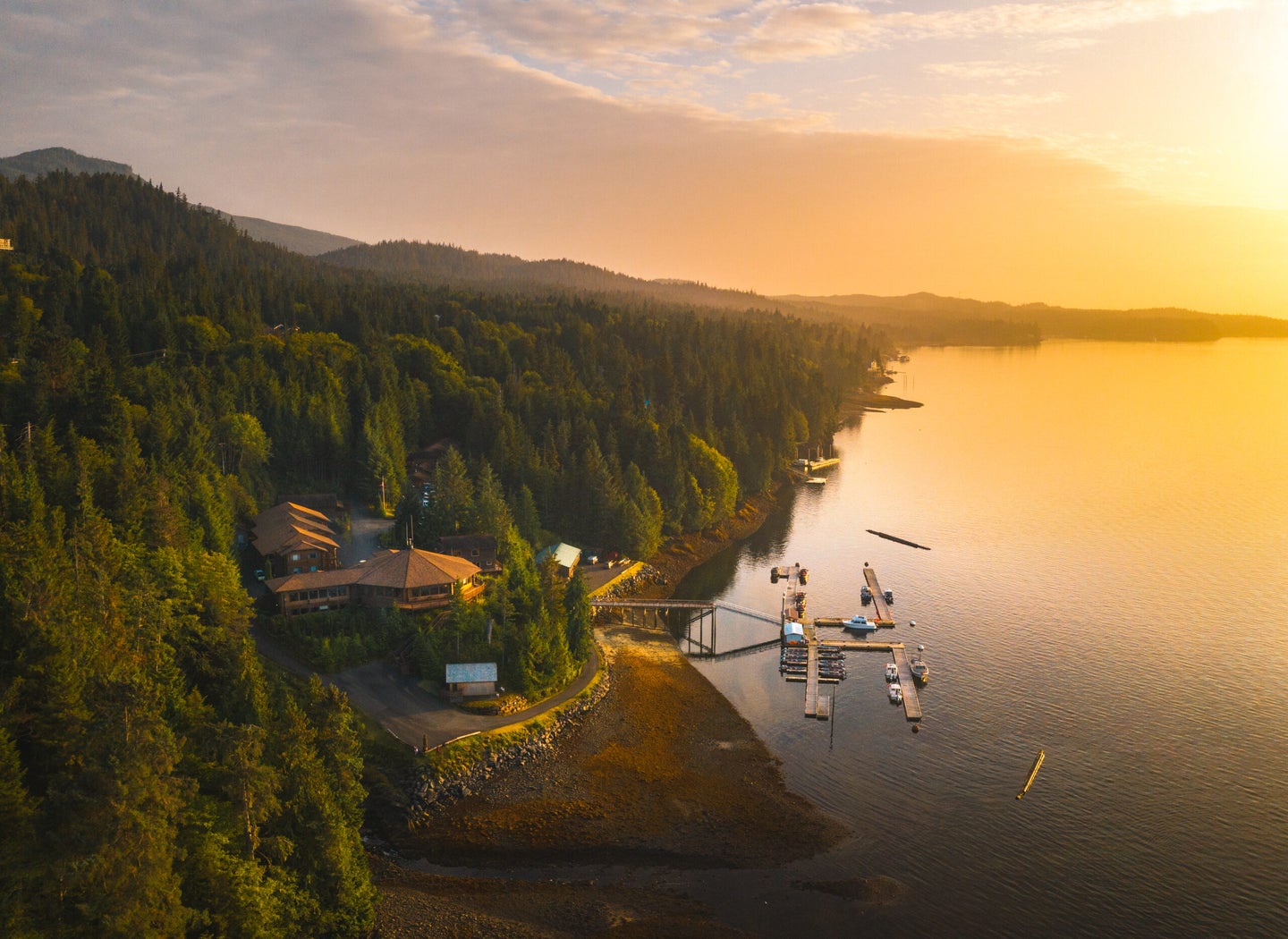 If you wanted time to fish your home waters, 2020 was definitely the year for you. But it was also the year for everybody else. Around three million new anglers in the U.S. took to rivers, streams, lakes, and oceans for the first time in 2020—making otherwise peaceful trips to the water pretty crowded in some states. But at faraway fishing destinations—the kind that make for once-in-a-lifetime trips—things were a little more sleepy. Alaska took a hit due to airline and state restrictions, as did places like Mexico, Grenada, and Canada. Top-quality lodges all over the world had to basically shut down because nobody was allowed to visit them.

What does that mean for the average angler? Low fishing pressure, better rates, and fresh guides who are ready to put you on the fish of your dreams. Most game fish in the destinations above haven’t seen a hook, line, or iPhone camera flash for a year, upping your odds to have the best fishing of your life. So if you’ve been putting off booking that big fishing trip, you might not want to wait any longer. A variety of factors point to a banner year for fishing in 2021. Here are a few outfitters and lodges worth checking out.

Fish the Sea of Cortez in Mexico

Jonathan Roldan owns Tailhunter Sportfishing, the largest sportfishing fleet in La Paz. Roldan is optimistic about fishing in 2021 for many reasons.

“There has been minimal pressure on the fishing stocks,” Roldan says. “There were lots of fish swimming around and only a fraction of the fishermen attempting to catch them last year. This not only means that there should be a good stock of fish for 2021 but with so many holdover fish from last year, the quality and size of the fish should improve.”

Environmental factors are another reason to look forward to the La Paz fishing season in 2021. “The waters have remained relatively warm during the winter months,” he says. “This has kept many of the ‘glamour’ top-water pelagic species hanging around. Fish like dorado, wahoo, and tuna, which are normally warm-water species have stuck around through the normally cooler winter months.”

Additionally, Roldan says that live bait stocks appear to be abundant. These include Mexican anchovies as well as mackerel and jacks. Sportfish tend to stick around when there’s a ready food source. “As I’ve seen in other years, when there’s more to eat, it corresponds to larger, fatter gamefish,” he says.

Mexico’s easy access and cheap flights make fishing in La Paz even more appealing to anglers traveling from the U.S. To book your Trip at Tailhunter Sportfishing visit tailhunter.com.

“The waters around Salmon Falls are unlike any other with warm ocean currents and spring runoff that create an ideal habitat for millions of baitfish, which in turn creates a perfect environment for all types of salmon and other species of fish.”

Herod says last year was tough for all businesses, and especially for those in the hospitality industry. Luckily, unlike Europe and many other international destinations, Salmon Falls Resort was able to stay open throughout the 2020 season. But while Salmon Falls did see a stream of customers last year, Ketchikan was quieter than usual because the cruise ships that usually visit the area (and the crowds that come with them) weren’t around.

With fewer mainstream travelers and a reduction in sportfishing in 2020, Herod says that there was less pressure on the ecosystem, making wildlife watching and fishing better than in recent years. “In fact, Southeast Alaska just received eased Halibut regulations for the 2021 season, allowing visitors to keep bigger fish,” he says.

In addition to fishing, Salmon Falls Resort has several new private experiences that allow guests to explore the region’s vast natural splendor while social distancing. Some of the new offerings include a wildlife-watching boat safari, and a salmon cooking demonstration. “For those who want complete seclusion, we offer full and partial resort buyouts that can be customized to include rooms, meals, fishing, and various activities,” Herod says. “For the first time, due to the increase in remote work and school, we introduced special rates for extended stays of two weeks or more starting at $5,075 per person, including meals.”

Catch Stripers On a Fly Rod in Maine

As a former outdoor educator and science teacher, part of Fallon’s passion includes, “helping my clients become better anglers and learn more about these incredible fish and the environment they inhabit.” He’s worked as a professional fly-casting instructor at the L.L. Bean Fly Fishing School since 2005, is a founding member and current President of the Maine Association of Charterboat Captains, and also belongs to the American Saltwater Guides Association.

He says of last year, “March into May 2020 was a total loss. I was not booking trips for the summer which meant zero deposits coming in at a time when cash flow was critical.” Fallon says it wasn’t until late June that a pent-up demand to do something brought many Mainers out to fish. “Corporate outings still weren’t happening, but families were fishing together.”

He expects to run significantly more trips in 2021. “I’m optimistic that I’ll be able to start my season in April and that June will be mostly booked by the end of May. What I’m hearing from clients is that another long and trying winter has done nothing to diminish their desire to go fishing this summer.”

Fallon says he’s always enjoyed serving food and drinks on his boat, but he’s had to give that up this past year. As a result he’s reduced charter fees by $50.

The Lower Kennebec River and Eastern Casco Bay are easy-to-reach destinations for those in the eastern United States who might be uncomfortable with flying during the pandemic. Yet, while Maine is close to home, it still offers an escape for striper fishermen who need a change of scenery. To book your trip with Gillies & Fallon Guide Service visit mainestripers.com.

Take a Float Plane to Some of the Best Pike Fishing in Manitoba, Canada

The Aikens Lake Wilderness Lodge opened in 1948 and Pit Turenne, Co-owner and General Manager, says his family has been involved since 1988. Recognized as one of the top luxury fly-in fishing experiences in Canada, Turenne says his parents taught him that “while I could not control fishing or weather, I had to make sure everything else about a trip was as good as possible.”

The good news is that Turenne believes fishing will be premium in 2021. “It feels like the fish got a big break last summer without our regular clientele in town. They didn’t get touched at all in the spring, and it wasn’t until late June that they saw their first lures. A lot less pressure on the fish, in general, meant they were freer to go about their business in 2020 and just grow and proliferate in the lake. We also just finished a fish-aging study at the end of 2019 and instituted some new slot sizes on the lake in 2020 which won’t have an immediate impact, but should ensure the fishery remains strong.”

Another reason Turenne sees this season as ideal is a return to regular water levels. “We had just finished three historically low-water years. The low water makes many of our classic spring bays untenable for the fish because the water is too skinny. The water warms up too fast in the sun, and consequently, there aren’t the oxygen levels needed in the bays for fish and aquatic life to thrive.

“Typically, fish will stage in these classic bays post-spawn for up to a month before going into the main lake basin. Most classic bays will have 6-10 feet of water in a normal year, and levels were at 2-6 feet for the past couple of seasons.” But Turenne says that in 2020, water levels finally started returning to normal as the season went along. “In 2021, big pike and walleye should be able to hang around the bays a lot longer after the spawn before being chased out by warmer water—about the 3rd or 4th week of June.” This means more opportunities to land big pike in Manitoba. To book a trip at the Aikens Lake Wilderness Lodge, visit aikenslake.com.

According to Richard McIntyre, Commodore of the Grenada Yacht Club and Chairman of the Spice Isle Billfish Tournament Committee, “There has not been any destination in the Southern Caribbean that can compete with Grenada for sport fishing. The blue marlin, white marlin, and sailfish all migrate through our waters.”

The Spice Isle Billfish Tournament has taken place every year for 52 years. This premier sport-fishing event consists of five days of competitive fishing in Grenada’s capital city, St. George’s. The tournament went as planned in January 2020 with 300 anglers participating, but the 2021 tournament was canceled—leaving the waters around St. George’s with less fishing pressure than usual.

“In the past, over 60 boats have participated, and on average each year, a minimum of 50 boats/teams come in from Trinidad, Barbados, and St. Lucia, Martinique. Teams from the U.K., U.S., and Sweden have also chartered boats out of Grenada and Barbados to participate in our event,” McIntyre says.

Although the sportfishing fleet has dwindled somewhat due to the hardships of 2020, McIntyre says there are at least seven boats that are locally owned and operated and have adapted to the current atmosphere to offer attractive rates for trips. In 2021, sport fishermen who make the trip to Grenada should have waters that usually see hundreds of anglers per year all to themselves.

An additional reason to head to Grenada for fishing is that their dry season is on its way. McIntyre says that means loads of sunshine and warmer water temperatures, which bring the yellowfin to the surface. To book a trip to St. George’s Grenada visit puregrenada.com.