And we’re not saying where it is... 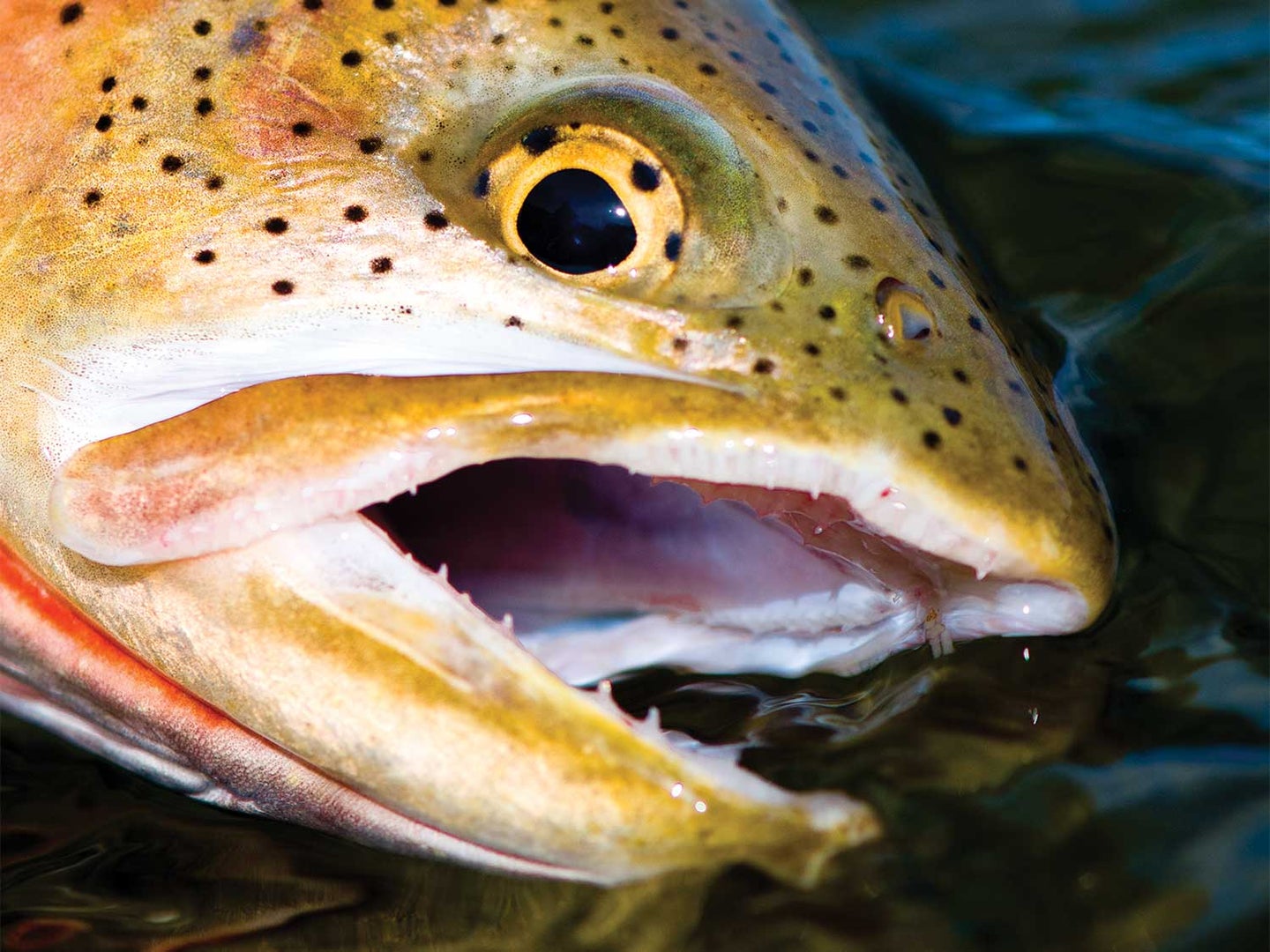 Few sights in flyfishing can top the colors of a cutthroat trout. brian grossenbacher
SHARE

We awoke in the dark to pack the truck and head out. Driving north, through country less settled by the mile, he went over the rules. Again.

“You can’t tell anyone anything about any detail of where we’re going,” he reminded me. “Not the nearest town. Not the name of the creek. No posting on social media. No photos that show horizons or even cliff faces. Close-ups of fish, maybe. But be careful.

He never finished his thought. He didn’t have to.

It was a two-hour drive to the trailhead, if you could call it that, and then we hiked with backpacks and fly rods along a series of old roads, foot trails, and game trails. We crawled over downed timber. We bashed through thickets of alder. All the while, my friend knew exactly where he was going. I could have been on the face of the moon. Once, at a large muddy wallow in an aspen grove, he waited for me to catch up.

“Step in my tracks so it doesn’t look like a couple of guys are hiking in here,” he said. The expression on his face was a mix of conspiratorial frown and sheepishness. “I know it sounds crazy. But trust me. A few more miles, and you’ll understand.”

And in a few more miles, I did.

My buddy’s secret spot turned out to be not a spot at all, but an entire valley, a hidden world revealed ­after one last sketchy goat-track climb over exposed rock and burnt timber. A creek winked through a broad basin in braided, ­sinuous sweeps of water clear enough for sight-casting to trout 60 feet away. In years of fishing the creek, my buddy said he’d seen evidence of just a handful of humans. He’d come across even fewer in recent years. Honestly, he said, this creek might not have been fished since he was here a year ago. I let my eyes roam up the stream and past the bends, all still a mile or more away like some lost corner of Middle Earth—a half-real and half-imagined realm of undisturbed wilds. Until I started casting, and there was nothing imaginary about the fish.

After ditching the backpacks, we first hiked past long, sexy runs without rigging a rod. “We’re not interested in medium-size trout cruising these runs, like party-goers sampling the bruschetta,” my buddy said. Over the years, he’d keyed in on the precise makeup of water that held the largest cutthroat trout—how much timber was just enough and how much wood was too much, how much gravel, how much gradient. “There’s typically one really big fish in each pool,” he told me. “And he’s in exactly the right place, and you’ll recognize it and put a cast down the middle, and he’ll knock the hell out of it, or we’ll keep hiking because the next one will.”

And we knocked hell for miles and hiked for more miles, fishing hard for aggressive native cutthroats that slammed garish Chubby Chernobyl patterns in great toilet-flush rises. I know I landed the three largest cutthroat trout of my life, and I’m sure the longest went 21 inches—but I cannot say for sure. Taping a fish here seemed a sacrilege.

That night, we camped under the stars on a gravel bar, drinking gin nosed with spring water from old enamelware cups with battered metal rims that clinked against our teeth. A fire burned in a small stone ring, where bits of charred wood marked my friend’s fire from 12 months past.

“This is my church,” he said. “This is the place that changed me. The only people I bring here are the ones I think will understand.”

Read Next: The 25 Best-Selling Trout Flies of the Year

The conundrum about a secret spot is that it’s something that should be shared—but with the implicit understanding that it isn’t to be shared further. It’s a gift given with a breath half held because it is wrapped in trust that can be shredded as easily as cheap ribbon. When someone else shows you their secret place—their hard-won, years-in-the-figuring-out trout or duck or buck nirvana—something should happen deep inside you, almost on the chromosomal level. You’re not really the same as you were before.

The next night, after another brush-bashing backpack return to the truck, I took stock of my knees and grinned that I’d cheated my orthopedic surgeon out of a beach house again. I tried to parse my sense of near euphoria. It wasn’t that I caught the largest cutthroat I’d ever seen. It wasn’t that I proved myself tough enough to get into a rough place and fish well and get back out again, even if I limped that last mile to the truck. It was that my friend found me worthy of his spot and trustworthy of his secret. He was willing to take the chance and take me there and know that I would walk out and speak little of the details of that valley, and bury the memory of the trail deep and burn the shovel. Forget the photos and the fish tales. He knew I’d never forget what was most worth remembering: That a place like that still exists.