If you want to fish this year’s hottest hatch, you’re going to need these patterns in your fly box 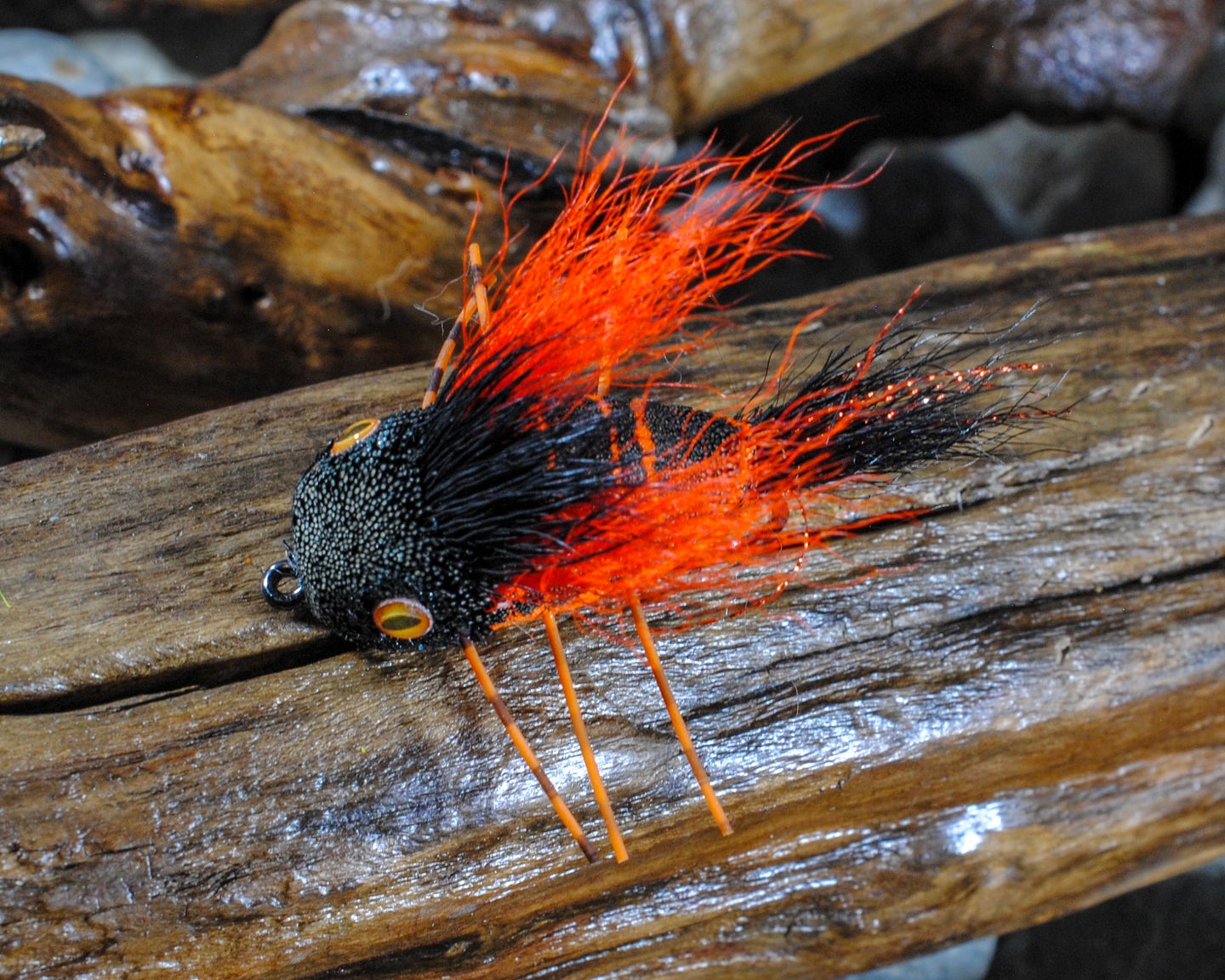 Much of flyfishing requires stealthy presentation of small, slim flies. The Brood X cicada emergence this spring and early summer calls for big bugs that land with a splat. Because the major emergences are infrequent, cicada patterns may not be on every angler’s annual checklist of must-have flies. But specialists in terrestrial flies are on the case and have come up with some great-looking bugs this year. Here’s a sampling of the patterns that will tempt the fussiest fish to take, even in broad daylight on a fat 3X tippet.

Author, professor, and flyfishing guide, George Daniel is well-known for stalking wary brown trout on the idyllic streams of central Pennsylvania. He’s seen heavily-pressured trout wise up to surface cicada patterns, and he and his friends have seen the same trout show more willingness to eat a cicada fly that’s partially submerged in the film or riding fully underwater. This fly is a bit shaggy on purpose because as Daniel notes, a swamped insect is anything but orderly.

Read Next: How to Fish the 2021 Brood X Cicada Hatch

“Cicadas are fairly meaty. I felt in order to bring up a larger bass, this fly would need to make an impression and give them a solid reason to come up and attack,” says Pat Cohen, author of Super Bass Flies and owner of rusuperfly.com. “The Cicada Bomb uses a bomber-style platform with a cigar-shaped body going into a muddler-styled face. It’s a fun bug to tie and fish. On rivers, I like to cast it to the bank with a big splash and allow it to dead drift. On still water, I tend to cast towards grassy areas or reeds and then use my rod tip to twitch it around a bit.”

Through his business, Envision Fly Works, Steve Yewchuck builds big flies for big fish. He came out with a Murder Hornet pattern when the invasive bug hit the news last year, and his Ring Leader Rat would spook the most jaded subway rider. His Sonic Cicada is a classic example of foam fly-crafting. “I’ve been fortunate to fish a few bigger cicada hatches that were incredible,” he says. “Fish never forget what these bugs are, even in years where there’s only a few around. I fish a cicada pattern every year around August with great success.”

Brandon Bailes of Athens, Alabama ties this version of the cicada developed by his friend, Chris Adams of Australia. This one wears the black-and-orange of Brood X, but Bailes also ties them in the appropriate colors for local, annual cicadas. “I use it on streams and rivers to target smallmouth as well as largemouth bass,” he says. “I catch most fish by dead drifting this fly, but an occasional twitch can turn fish too.”