For Captain Chase Cornell, his crew, and clients, a normal day of offshore fishing turned into a dramatic rescue of a man stranded at sea and clinging to a capsized boat 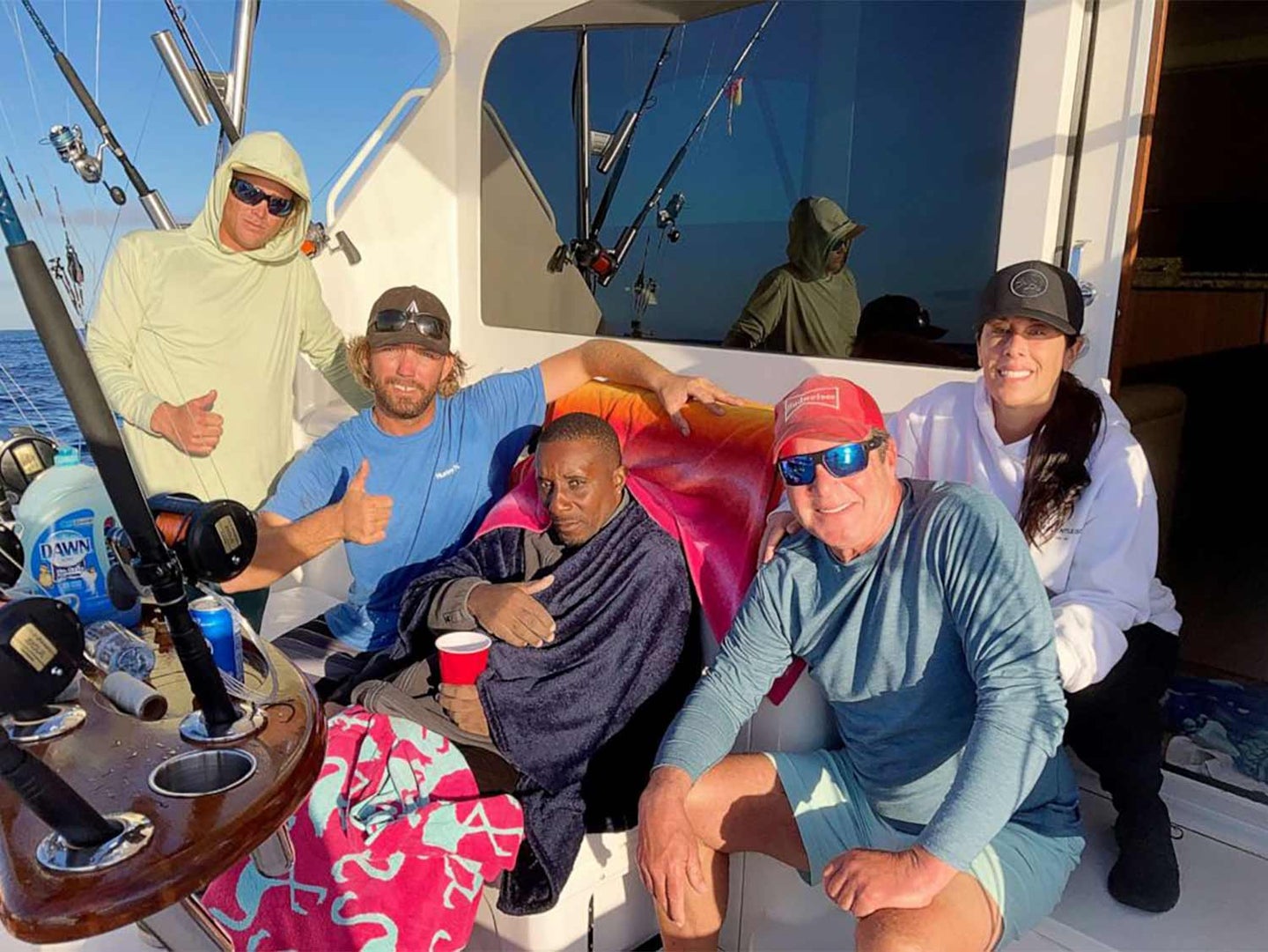 Captain Chase Cornell, who runs Southern Eagle Sport Fishing out of Fort Pierce, Florida, thought it was going to be just another day of chasing offshore fish on The Sunshine State’s Jewel Coast. His clients usually catch swordfish, sailfish, snapper, snook, mahi, and kingfish. Early on the morning of February 12th, he was heading out with three anglers and two mates in his 52-foot Viking convertible, the Southern Eagle, when he started getting intermittent pings on his radar.

“I knew it was something bobbing in the water,” says Cornell. “The kiss of death out here is to run your boat into an ‘iceberg’—a capsized vessel or shipping container. On the other hand, it can make for good fishing because something like that floating in the water creates its own little ecosystem that attracts fish.”

He was 22 miles offshore and the sun was just coming up. “We steered toward it,” Cornell says. “I could see that it was probably a capsized boat with some floating gas cans tied to the rail, and I told the mates to get the rods baited up. Then, suddenly, a hand pops up and starts waving.” Cornell started yelling to the anglers and crew that there was somebody stranded in the water. “At that point, we stopped fishing and jumped into rescue mode. There really wasn’t time to think about it,” he says.

Mates Robbie Lynch and Jack Hendrix threw the man a life ring on a line. The man, later identified as Orville Lyons, was wearing a life jacket but couldn’t swim. He managed to grab the ring, and the crew hauled him aboard through the marlin doors in the stern. Later, Lyons would tell them that the gas jugs were the only things keeping the boat from sinking completely.

Cornell said the sunken boat appeared to be an 18- or 20-foot open-cockpit craft. It had begun its voyage from Bimini, in the Bahamas. Lyons told the crew that he thought he’d been in the water for 36 or 40 hours.

“He was extremely weak, hypothermic, and dehydrated,” Cornell says. “He was basically floating in a slick of gasoline. We cut his clothes off with some line shears and wrapped him in towels and anything else we could find. Then we put him by the engine compartment, the warmest place on the boat.” According to the man, he’d been hallucinating that he was eating and drinking, which he felt had probably kept him alive. He thought he was still hallucinating when he first saw Cornell’s boat. “His jacket was practically corroded onto him,” the Captain says. “His hands were raw from holding onto a rope all that time. You could almost see into his hands. The gasoline had burned him pretty bad, so we washed that off with Dawn detergent and warm water. He screamed when we got to his hands.”

Once rescued and aboard the Southern Eagle, Lyons drank two bottles of water, two cans of soda, and some coffee, and ate a sandwich and some candy, according Cornell. “He told us that there had been six people originally aboard the capsized boat. He said that the captain had gotten roaring drunk and fallen over, and that the boat capsized in rough waters during the night. Everybody went into the ocean. There were only four life jackets for six people, and three of those six didn’t know how to swim. The guys who could swim gave their life jackets to the guys who couldn’t. So the guys who could swim died first.”

Lyons told Cornell that as recently as the night before, there had been another survivor. But he had drifted away during the night. Lyons had a Jamaican passport, according to Cornell, who estimates that the man was sighted by 6:50 or 7 a.m. and that the Coast Guard came to pick him up by 8:35. Cornell says that he has since called the Coast Guard to see what had happened to Orville Lyons, but he has not gotten a call back.

“Those guys were likely doing something that wasn’t completely legal,” Cornell says. “But when you see somebody clinging to a submerged boat like that, your only thought is to save him.”