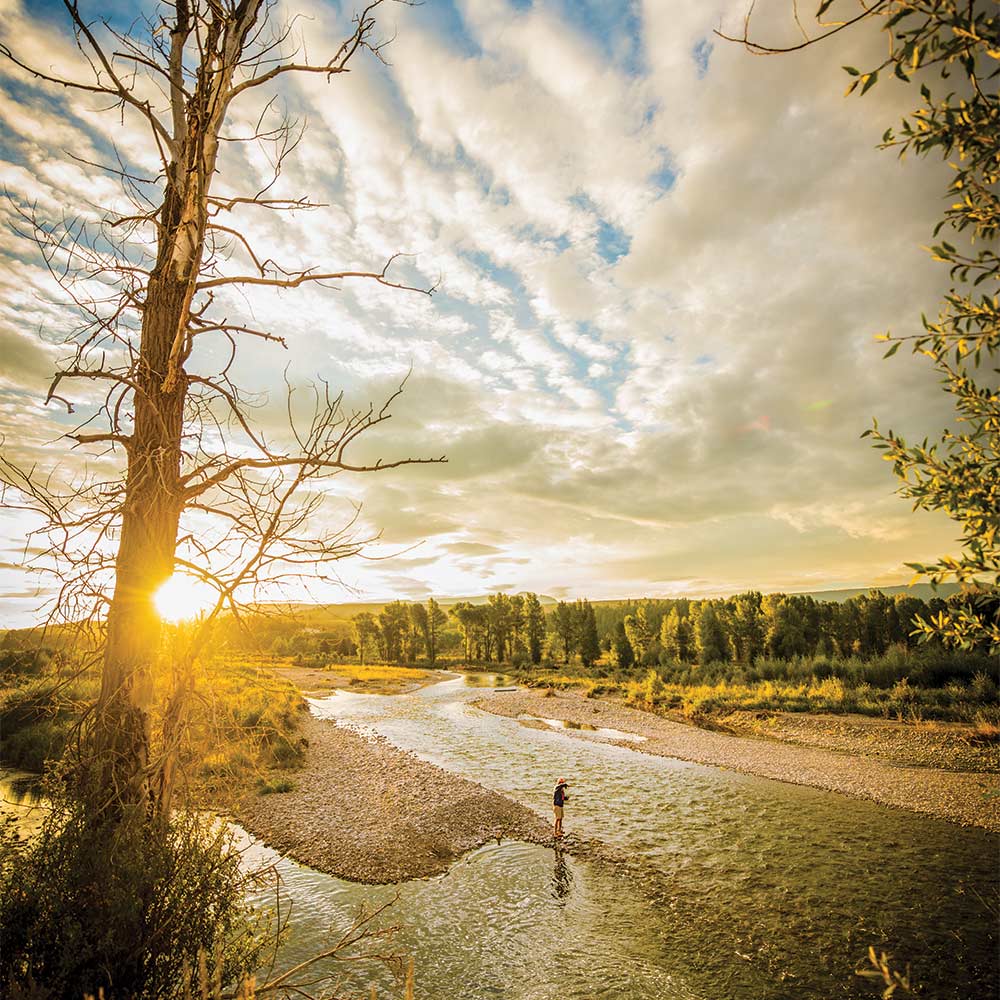 To celebrate the 125th anniversary of Field & Stream, we’re going to share some of our favorite stories from the history of the magazine. Every day for the rest of the year, we’ll republish a new F&S Classic on the website. Today’s entry, “Light Years” by Thomas McIntyre, was published in the February–March 2019 issue. You can find the complete F&S Classics series here .

Leroy grew up a sheepman under a snaking line of buttes 40 miles south of Gillette, Wyoming. By the time I knew him, he had sold off the sheep, leased the ranchland, collected petroleum royalties, pack-trained into the mountains for outfitters, and hunted and fished as much as he liked while living as a divorced bachelor with grown children. If you called him a gun nut, Leroy would scarcely object, working by window light at the bench in his second-floor reloading room, then testing the handloads from that same window on the 100-yard range he’d built behind the house.

Leroy hunted everything from prairie dogs to grizzlies. What he loved most was calling coyotes, wolves, even cougars. It was the direct link to the animal that drew him to the imitation of its voice, the vanishing into the being of the predator, the becoming of it.

I made friends with Leroy in midlife, he a decade older. We hunted and fished the fringes together—smaller, impromptu game mostly, and more road trips than expeditions, usually the outgrowths of whim. He’d call, and we’d float the Yellowstone on a November day when the water ran faceted in the riffles. We grounded the drift boat on a gravel bar and somehow got separated while pushing off, me carried away like Moses in the bulrushes, unable to get back upriver, while Leroy, in water up to the knees of his Levis, stood staring, having to summon the sheriff’s jet boat to rescue us.

True friendships in middle age are seldom, the capacity somehow growing sclerotic. So, we take them less for granted. They merit signifiers, and Leroy’s signifiers were light, like that on those riffles.

When I think of Leroy, tall and lank in a stained cowboy hat, I remember him in his relationship to kinds of light, like a dusk filled with bull bats in the cottonwoods on the bank of the Wind River as we fished. Or the mineral-dull winter light of the shrub steppe, hunting chukars on rocky hillsides. The kinds of light I remember best with Leroy were arguably the most environmentally minor—not panoramic light over mountain crests, or vistas on the horizon, but glints and sparks.

There was, of course, Leroy, cup on knee, seated behind a scrim of winking embers ascending from the fire ring. Asterisms in the August sun along the jeweled flanks of cutthroat trout, fish almost too deep for Leroy’s hand to hold as he slid them back into the lake over the side of the Lund. Or the gleam in the tall-set black eyes of pronghorns, when Leroy and I knew we’d stalked into range.

There was also the glimmer of light in Leroy’s eyes that I saw fade. The wonderfully rambling phone messages, prefaced by a basso “Tom, Tom, this is ol’ Leroy,” grew more disjointed. Walking became hampered, then impossible. The diagnosis was a human type of the disease that consumed the brains of sheep, that moved with terrible, but ultimately lenient, swiftness.

The last day I saw Leroy, there was no glimmer. After a time, staying on with even no words to say, I got up to leave, taking his hand; and for a moment he looked into me, straight and clear and present. Then, leaving me with that last instant of light, he departed once more.

So, I remember Leroy now in gifts of lights we once shared, in the sheen of a deer’s hide in October, fall sunlight through yellow leaves clattering beside a creek, and the milky blaze of a galaxy under a domed ceiling of night. All the places and things, beyond walls and doors and windows, in which, together, we saw the light.