Ever want to hit the road and just fish? Because of COVID, these two anglers are doing exactly that 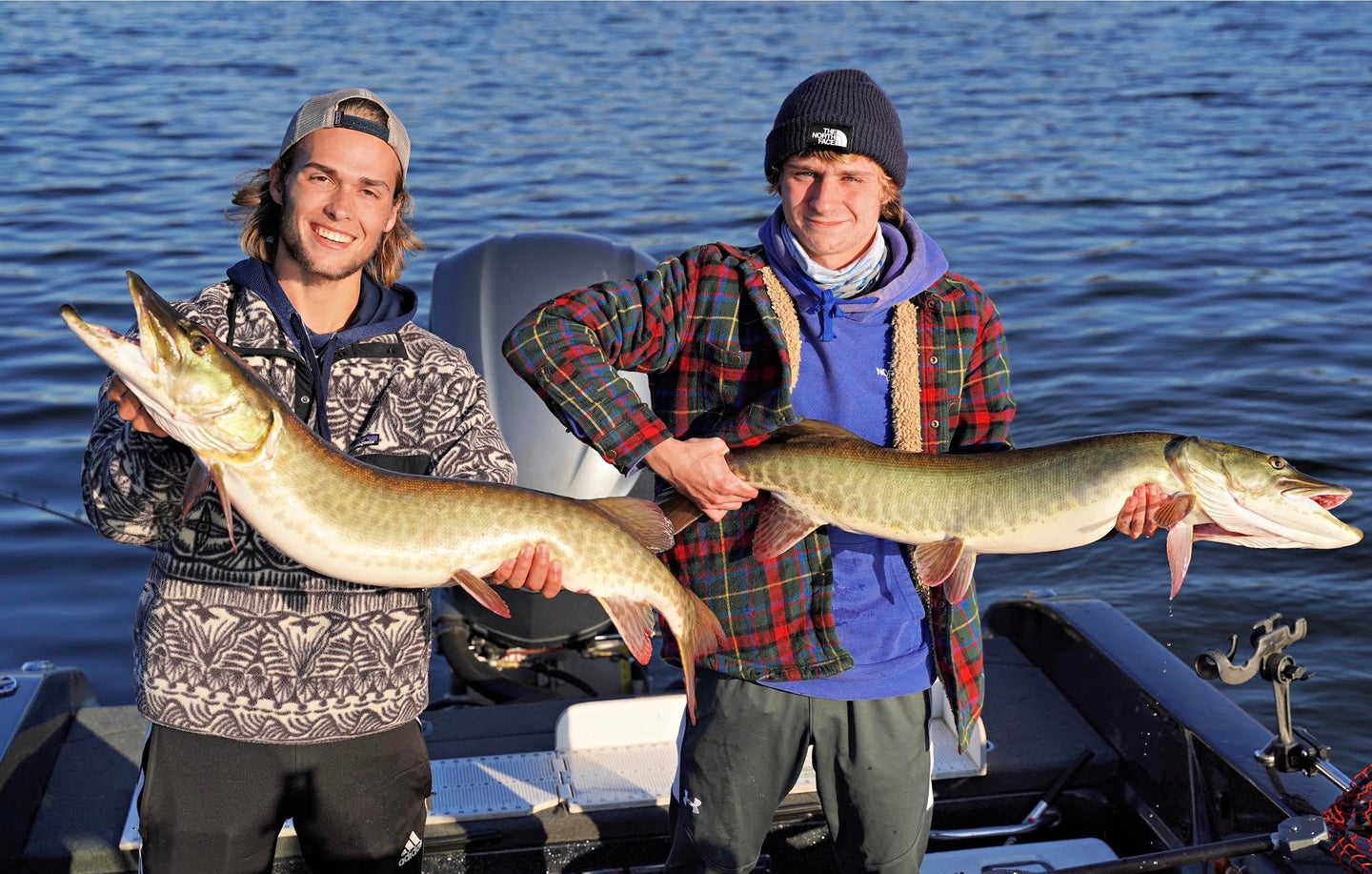 In August 2020, Virginia anglers Luke Konson and Daniel Balserak were supposed to begin their studies at Clemson University. Instead, COVID-19 hit, and they put off their first year of school to start a fishing road trip across the country. They called it Fish All Fifty—a journey to land or boat every state’s official fish.

Living out of their parent’s Honda Odyssey minivan, the guys have put over 22,000 miles on the rig so far. They go from state to state, sleeping in Walmart and Bass Pro parking lots while trying to figure out how to catch the next fish. In order to move on, they must both catch one. It’s been five months on the road for Konson and Balserak, who have each caught the state fish in 28 states, and they are well on their way to accomplishing their goal.

Q: What’s the best part about being on the road?

A: Konson – Neither of us had been to more than 10 states before, so just seeing all the scenery on this trip has been amazing. The fishing typically takes us to some of the best spots in each state.

Balserak – It’s not like we’re just going to all the big cities. We get to see the whole state. I don’t know that many people get to do that, and we really enjoy it.

A: Balserak – Up north it was the cold. For our first night in Iowa, it was 5 degrees. Being from Virginia, 5 degrees in a van is pretty cold. We both had sleeping bags and blankets, and we wore four layers to bed. One of us would wake up every couple of hours to turn the car on and crank the heat for 5 minutes. That also helped to save the battery, which was one of our biggest problems on the road. Those cold nights led to some sketchy starts in the morning.

Q: After 28 states and tens of thousands of miles, what does the minivan smell like?

A: Konson – On the east coast it was the worst because we were using live bait more often. But I don’t even think we realize it smells bad anymore. I’m sure it’s terrible, but we’re used to it.

Q: Do you have a favorite state and fish so far?

A: Balserak – Wisconsin. We got to fish for muskies there. We met some really nice people and caught four muskies in two days. Thomas Droste was one of our guides, and man did he know how to catch fish.

Konson – Daniel caught a muskie with Thomas, but we both have to catch one to move on. We got connected to another guide named Erik Lennartz through a reporter. He guides for several species but primarily for muskie in the wintertime, and he put us on some fish. We caught three muskies and a 30-inch northern pike in eight hours. It was unbelievable.

Q: Was there any place you felt out of your element—like you couldn’t catch a fish to save your life?

A: Balserak – Maine. We had to catch a landlocked salmon, and as bass fishermen from Virginia, we had no idea what to do for salmon. We ended up getting some great advice from a local fly shop, and we drove around the state and finally got on a couple. But it was definitely new for both of us.

Q: What do you guys eat when you’re on the road?

A: Balserak – This is an area-specific thing. When we were in the Midwest, Casey’s General Store has pizza for a dollar a slice and it’s good. We were eating a lot of Casey’s pizza on the road—which was probably healthier than our normal diet of frosted flakes and gummy worms.

Q: Do you eat any of the fish you catch?

A: Balserak – We’ve eaten a couple. We ate walleye in Ohio, which was really good, and in Louisiana, we caught a bunch of white trout and speckled trout, which we ate as well.

Q: When looking for a place to fish, what’s been more helpful, online research on local intel?

A: Konson – We prepare for a new state by doing three to four hours of online research. We check apps like Fishbrain and Reddit or any site where people might be talking about fishing. Then we go from there.

Balserak – Sometimes if you can’t find the info online, it comes down to finding the best-looking bait-and-tackle shop then walking in there and just asking what’s going on. It’s definitely a mixture of both online research and local intel, but we’ve gotten better advice from tackle shops than from the web.

Q: Was there one shop that stood out to you guys?

A: Konson – Superior Bait & Tackle in Baton Rouge, Louisiana. The guys there were beyond helpful. They were flipping through pages of an atlas to show us a specific spot, telling us what to use, and he even opened a pack of hooks to make sure they were sharp enough.

Q: If you had to pick one lure and setup, what would it be?

A: Luke – Jerk baits have been the lure we’ve used more than anything else. We’ve caught a lot of fish on Rapala Husky jerk baits. The setup I use most is a Penn Fierce 3 reel, which has been extremely durable, and a Lews medium-light rod that’s been good as well.

Balserak – We also love a rooster tail spinner. A lot of state fish have been caught on that lure.

Q: What kinds of characters do you meet when you go to these local-favorite spots?

A: Balserak – In Rhode Island, we woke up at 1:00 a.m. to fish for striped bass at high tide. We’d heard about this spot on Fishbrain, and we went to find 50 people there. We met this one dude who clearly thought we were locals. We looked pretty weird, all tired and disheveled. He was complaining about all the other people and how they came from out of town. He said, “This is so annoying all these people coming from two hours away.” We didn’t end up telling him, but we had just come from about 16 hours away.

Read Next: 10 of the Biggest World-Record Muskies Ever Caught

Q: Has this experience changed you guys as anglers?

A: Balserak – One hundred percent. In Wisconsin, we ended up catching four muskies in five days. But we had three 10-hour days of fishing in 15-degree weather without getting a single bite. Even though we only fished for five days, we understood the pain people go through to catch muskies. That experience deepened our appreciation for the grind and the dedication it takes to pursue a specific species—it definitely made an impact on us.

Q: Tomorrow’s your last day of fishing ever. Where would you fish, and what would it be for?

A: Konson – So far it would have to be the Penobscot River in Maine. We’d go up there and fish for salmon and brook Trout. It’s such a wild place. We saw three moose cross the river 50 yards down from us. It was mind-blowing.