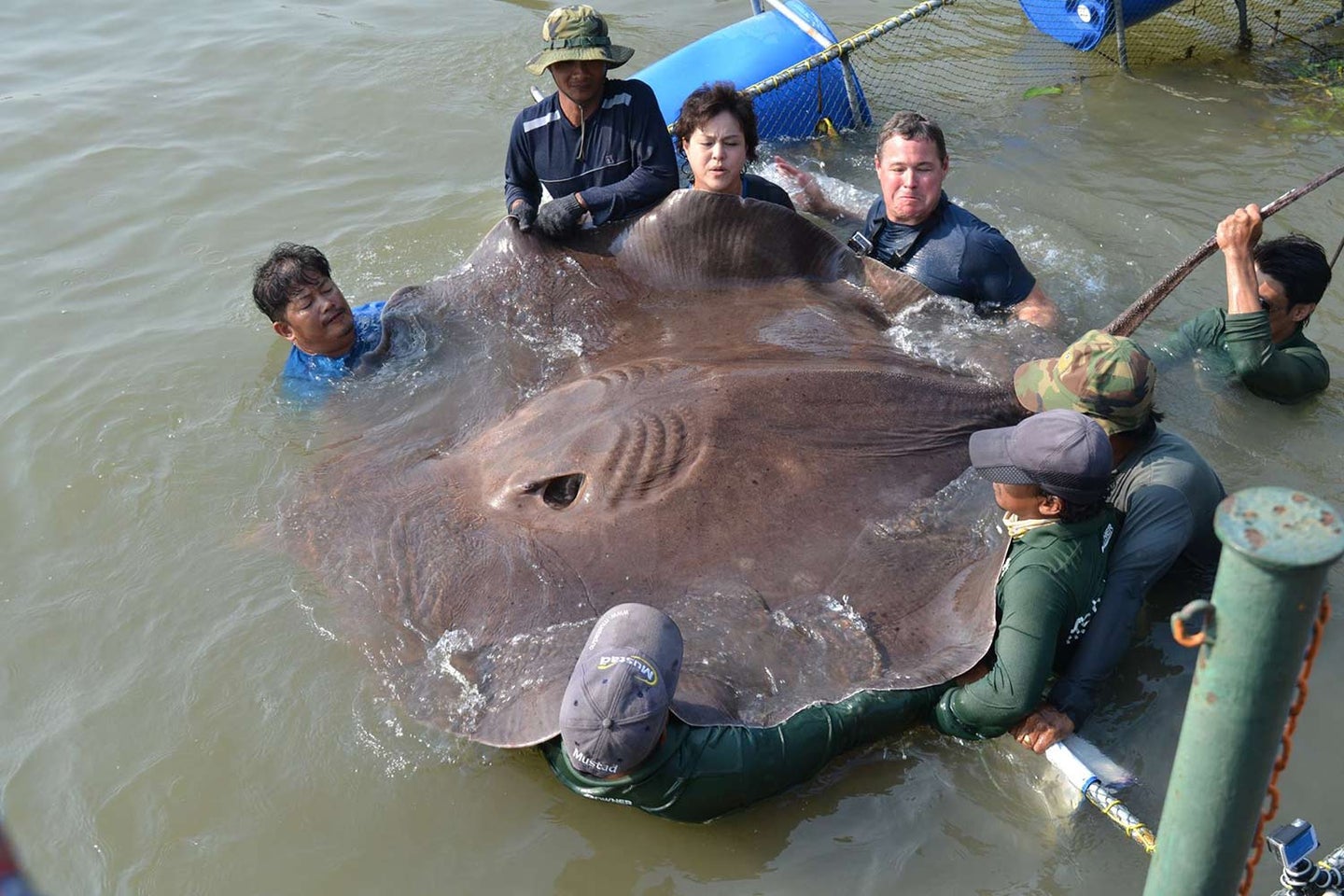 Thirty years ago, Heinz Machacek found data from fishing record books to be incomplete, so he decided to start his own. The result is a website and searchable database called “The World Records Freshwater Fishing.” It includes records of giant bizarre fish caught in far away places.

“The information exchange between scientists, commercial fishermen, and sport fishermen is poor,” he says. “Therefore, we engaged in updating a database concerning the maximum size of freshwater fish.”

According to Machacek, to compile more diverse records, they rely on an international network of anglers and scientists who contribute data on the weight, length, and age of freshwater fish, along with photographs. By taking submissions and publishing data from other record books too, World Records Freshwater Fishing has compiled information on 507 different species of freshwater fish, each weighing at least 5 kg, from all over the world.

The following catches are a few highlights from Machacek’s extensive database. They reflect not only rod-and-reel captures, but fish taken by other methods, which include nets, harpoons, hand lines, spear, and bows. Here are 11 photos of some of the largest fish ever caught in freshwater.

Read Next: The 6 Best Western Trout Rivers to Fish During the Salmonfly Hatch

Read Next: 10 of the Nastiest and Hardest Fish to Catch on the Planet