If you're flyfishing the dog-days of summer, you'll want to stay on the lookout for these key hatches 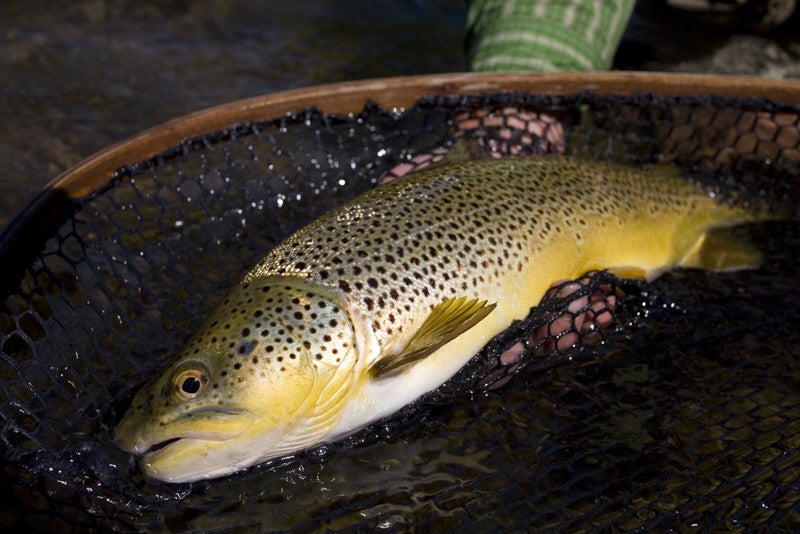 Fishing summer hatches can be just as productive as those in the spring. Tom Keer
SHARE

Given the option of going to a summer picnic or slinging a fly line, I’ll take the latter every time. But summer hatches can be a letdown. Water temps are warm, hatches are light, and it’s a long way until the fall. But don’t pack up your fly rods just yet. Epic fishing is still around. And best of all, most summer hatches don’t require reading glasses.

What’s not to like about a large, eggplant-colored bug that has a line down its back? Nothing, especially when it swims so fast that trout hammer them. There are two versions of Isonychia in the summer, with some continuing to hatch on into the fall. There is the larger bicolor and the smaller sadleri.

Isonychia migrate to shallows a few days prior to hatching. They congregate in slower water, and trout frequently follow. Isonychia concentrate in pocket water, too, and you’ll find them in the slow water behind boulders. It’s a hatch made for good fishing, especially if you can make stealthy casts. The key to fishing this hatch is finding a good concentration of bugs and a bunch of hungry fish.

How and Where to fish an Isonychia Hatch

When nymphing, use a fast swing tactic. Isonychia swim fast (almost as fast as a dace) to shed their nymphal shucks. Then they climb up on rocks or deadfall, just like a stonefly. Because of this, nymphs are the best bet because Isonychia duns are unavailable to trout. You will have luck with spinners, though. They can be matched by several patterns, including the White-gloved Howdy, an Isonychia Comparadun, or a Beck’s Emerger-Isonychia. Fish any of these patterns in riffled water.

The Isonychia hatch occurs in the East through Midwest on waters like Michigan’s Au Sable, Wisconsin’s Namekagon and Brule Rivers, New York’s Delaware (where a hatch begins in June and continues through October), and Connecticut’s Housatonic River. Look for medium to fast currents with boulders and gravel bottoms. Fish early afternoon to dusk, and use size 12-16 patterns for bicolors and size 14-18 for sadleri.

Old guys call Golden Drakes Potamanthus, but the new name for the large, summer bug has changed to Anthopotamus distinctus (say that three times fast). No matter, these big mayflies always attract a trout’s attention. Golden Drakes like slower moving water of medium to large rivers. Rather than live in the soft sand or silt, they prefer crevices. Just before they emerge late in the day and into the evening, the nymphs scurry around on the bottom.

With wings so large, it takes the Golden Drakes a while to dry them. That means they float on the surface for a long distance. When a trout keys in on a dun and takes it, it’s not a gentle sip.  The water boils, and the sound resembles a flushing toilet.

How and Where to Fish a Golden Drake Hatch

Don’t be afraid to fish a Golden Drake during the late afternoon, especially on a cloudy day. Look for a Golden Drake hatch from late June through August. They occur mostly in the East but also through the Midwest. Use a size 10 to 12 pattern tied on a 2XL hook.

Go big or go home might apply to the Golden Drake, but summer also means good things come in small packages. July, August, and early September means Tricos, and that means really small flies. Just because the water boils with bugs and rising fish doesn’t mean the catching is easy, though. In fact, the trico hatch brings out some of the most selective feeding behavior of the year.

The morning hatch can be difficult for a few reasons. First, water levels are warm and low. Trout in bony rivers are wary, so stealthy wading and presentations are key. To complicate matters, trico hatches can be so prolific that your #22- to 26-sized fly is super tough for trout to spot. But the real reason a trico hatch can be difficult to fish has to do with how the fish key into the bugs. During a spinner fall, trout often focus on just males or just females. It’s similar to spring trout focusing on female Hendricksons versus male Red Quills, but when the flies are so small it’s maddening.

How and Where to Fish a Trico Hatch

When the spinners drop there are so many on the water that they almost form a raft. In one gulp, a trout can eat dozens of spent spinners. The surface is so thick with bugs that your imitation doesn’t stand out. But catch a trout, one trout, on a trico and you’ll go away happy. Fish early mornings in slower water that has a weedy, silty terrain and use a size 20 to 26 pattern. Trico hatches happen nationwide.

Why is it that smaller flies usually hatch in big numbers? Maybe size does matter, for just as with tricos, the small olives can blanket the water. But Pseudocloeon hatches start and stop, then start and stop again, and so on and so forth. I like that because it means that the hatch is ongoing during August and September, and some even on into October.

How and Where to Fish the Pseudocloeon Hatch

Slow-moving pools are the top spots, with cloudy, overcast days being the best. Watch for rain, for just as it starts to fall, the fish go on the feed. They want to eat as much as possible before the current speeds up, and that can make them easier to fool. Small tippets are a must, and delicate presentations an absolute. Nymphing with flies that small is usually difficult, so tie on an olive Comparadun, size 20 to 26, and cast above the rise. The Pseudocloeon hatch can last all day. They occur on streams in the East through the midwest in slow-flowing pools on cloudy days.

I had to laugh the first time I fished the White Fly hatch. It was after a hot day, with no trout and two dink river smallies. At dusk, and before driving home, I sat on my tailgate and ate the second half of my soggy ham sandwich. A trout popped, then another, and another. Then the pool came alive, with big, white mayflies. I finished that sandwich at midnight and had the best trout fishing of my life.

This hatch is anything but summer laziness. Males hatch up to two hours before the females. The boys crawl out of their shucks, quickly morph into duns, and then morph into spinners. Then they wait around for the ladies to arrive. Females mate in the dun stage which means aggressive males pounce on females while they’re still drying their wings on the water. The mating is over quickly, but the males don’t swarm together and drop at the same time. Instead, they fall from the sky one by one. That means that just as some bugs are consistently exiting the water, there are others falling out of the night sky. The females get the heck away, and they fly far upriver. There they’ll deposit their eggs, die, and drift downstream. It’s a melee of a hatch, with some trout rising rhythmically while others splash so vigorously that you’d swear they were hitting caddis.

How and Where to Fish a White Fly Hatch

White Flies hatch in the East, Midwest, and on Western rivers, too. Look for warmer waters with silty bottoms and slow pools. The hatch begins at dusk and continues into the night. Tie on a big, high-floating White Wulff, and trail a #14 gray nymph off of the blood knot. Night fishing is tactile, so pick a feeding lane, cast short and upstream, and you’ll hook up.