How to Cook Lake Trout Chowder

Not only are lakers a blast to catch, but they’re delicious—especially when ladled into a bread bowl 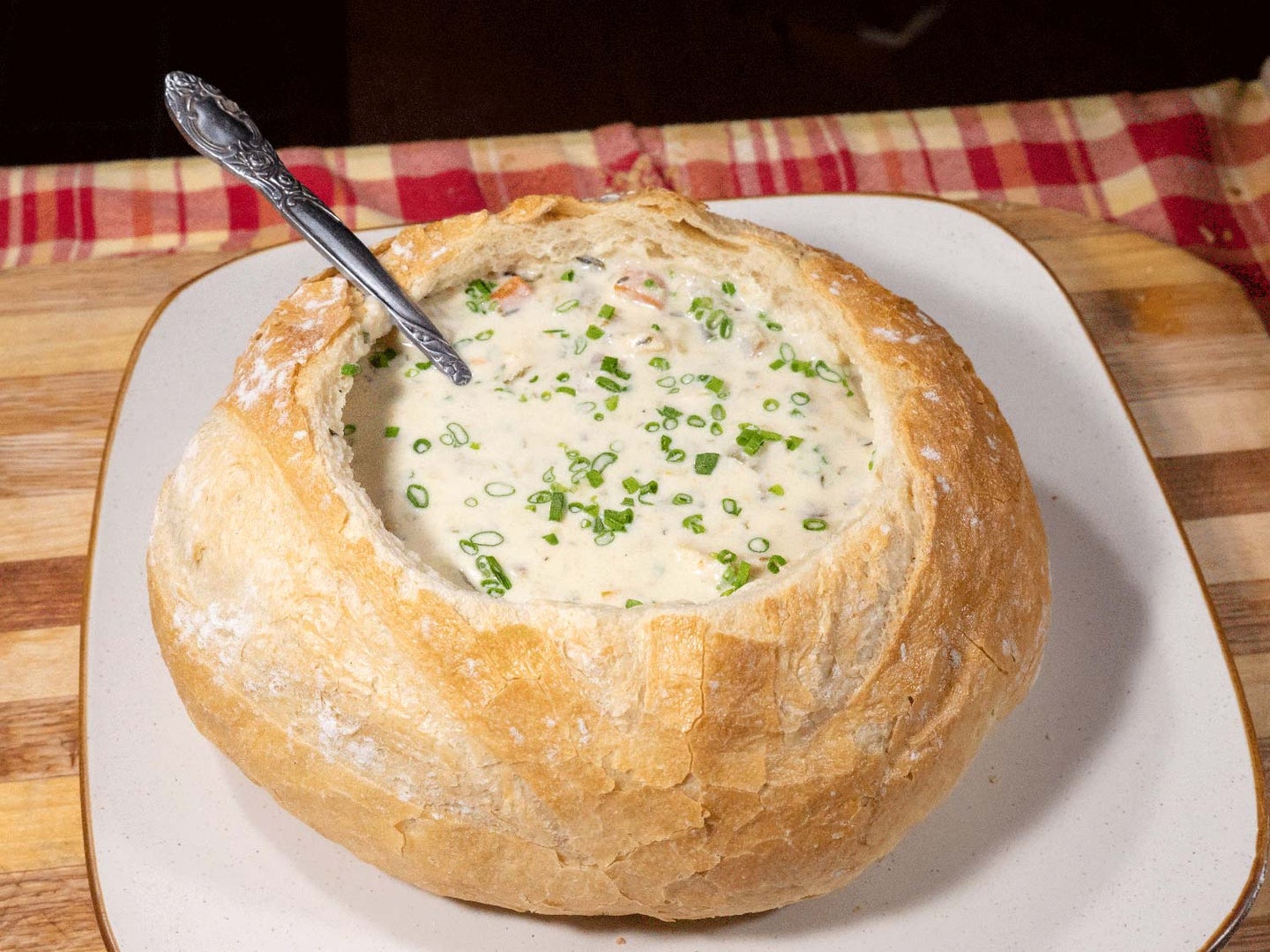 Go the extra mile and serve this chowder in a hollowed-out bread ball. Cosmo Genova
SHARE

Lake trout are abundant, fun to catch, and, contrary to popular belief, make for great eating. If handled and prepared properly, the meat is mild and flakey without a trace of “fishiness.” While it can be cooked a million different ways, the firm meat makes it a great candidate for a chowder because it doesn’t fall apart when cooked, and the almost eggy flavor of the meat complements the creamy broth.

Here’s an easy-to-make chowder recipe using lake trout for us inland anglers who can’t get their hands on some fresh clams. So, the next time you jig or troll up a few lakers, put them on ice and give this recipe a try.